Bali has been the favourite destination for locals and international tourists for ages. Full of magnificent beaches, breathtaking sceneries, marvellous trinkets and interesting culture, Bali is ideal for people wanting to escape from daily activities, enjoy a honeymoon, or even, have a great time with family and friends.

Bali is an Indonesian island located at 8°25'23"S 115°14'55"E, the westernmost of the Lesser Sunda Islands, lying between Java to the west and Lombok to the east. It is one of the country's 33 provinces with the provincial capital at Denpasar towards the south of the island.

With a population recorded as 3,151,000 in 2005, the island is home to the vast majority of Indonesia's small Hindu minority. 93.18% of Bali's population adheres to Balinese Hinduism, while most of the remainder follow Islam. It is also the largest tourist destination in the country and is renowned for its highly developed arts, including dance, sculpture, painting, leather, metalworking and music. 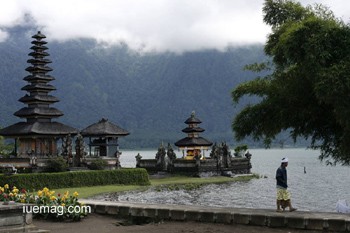 Though no artifacts or records exist that would date Bali as far back as the Stone Age, it is thought that the very first settlers to Bali emigrated from China in 2500 BC, having created quite the evolved culture by the Bronze era, in around 300BC. This culture included a complex, effective irrigation system, as well as agriculture of rice, which is still used to this day.

Bali’s history remained vague for the first few centuries, though many Hindu artifacts have been found, which lead back to the first century, indicating a tie with that religion. It is strongly held that the first primary religion of Bali, discovered as far back as 500 AD, was Buddhism.  Additionally, Yi-Tsing, a Chinese scholar who visited Bali in the year 670 AD stated that he had visited this place and seen Buddhism there.

By the 11th century, Hindu and Javanese influences became very important to Bali. In fact, when the Balinese Prince Airlanggha’s father died in about 1011 AD, he moved to East Java, uniting it under one principality and appointing his brother, Anak Wungsu, the ruler of all of Bali. Following this time, there were many reciprocal political and artistic ideas that formed.  Javanese language, called Kawi, became the aristocracy’s preference, among other Javanese traits and customs that were worked into Bali life.

When Airlanggha died in the mid 11th century, Bali remained quite autonomous until 1284, when East Javanese king Kertanegara conquered Bali and ruled over it from his home in Java. Kertanegara was assassinated in 1292, and Bali was once again liberated, until 1343 when it was brought back into Javanese control by Hindu-Javanese General Gajah Mada, of the Majapahit empire.

At this time, the 16th century, Islam was spreading throughout Sumatra and Java, and the Majapahit Empire started to fall, creating a large exodus of aristocracy, priests, artists and artisans to Bali. This brought Bali great prosperity, becoming Bali’s golden age of cultural history for the following centuries. Bali soon became the major power of the region, taking control of its neighboring country, Lombok, as well as pieces of East Java.

In 1597, Dutch seamen were the first Europeans to land in Bali, though they had no true interest in Bali until the 1800’s. In 1846, the Dutch returned with colonization on their minds, having already had vast expanses of Indonesia under their control since the 1700’s. The Dutch sent troops into northern Bali, and by 1894, they had sided with the Sasak people of Lombok to defeat the Balinese. By 1911, all Balinese principalities were under Dutch control.
Get the Latest & Recommended articles in your Inbox

Subscribe!
After World War I, a sense of Indonesian Nationalism began to grow, leading to the declaration of the national language in 1928, as Bahasa Indonesia. World War II brought the Japanese, who expelled the Dutch and occupied Indonesia from 1942 until 1945.

The Japanese were later defeated, and the Dutch returned to attempt to regain control of Bali and Indonesia. However, in 1945, Indonesia was declared independent by its very first president, Sukarno. The Dutch government ceded, and Indonesia was officially recognized as an independent country in 1949.

This Page Has Inspired
1073
People So Far..
Any facts, figures or references stated here are made by the author & don't reflect the endorsement of iU at all times unless otherwise drafted by official staff at iU. This article was first published here on 14th December 2014.
Danang Sugiarto
Danang Sugiarto is a contributing writer at Inspiration Unlimited eMagazine.