December 16: 5 POWER Lessons From 5 Leaders Who Made History On This DAY!

Life never waits for anyone; you never get to live the same moment twice. It obviously is important to do your best every single moment in life, which certainly needs motivation every now and then. Use the 5 POWER Lessons below and help yourself stay motivated to be able to move ahead and become the best of what you can be!
This Page Has Inspired
1046
People So Far..

1. ‘Believe in yourself’and ‘Be Yourself’. If you can’t be yourself, you are nobody.

Modern writers have a tendency to justify the complexity of their writing on the ground that modern life is complex. However, the complexity can be presented in deceptively simple form, as sometimes the profoundest philosophical truths are presented. Ezekiel was keen on simplicity of thought and language in modern poetry. Although his style was not accepted by people of his time, who never approved of his theme, many contemporary Indian-English poets today follow the simple, conversational style of Ezekiel. Not only in the style but also in the selection of themes, one finds the influence of Ezekiel in the contemporary Indian-English poets. Soft spoken and gentle, he was always helpful to fellow poets and writers.

2. We don’t grow when things are easy; we grow when we face challenges. 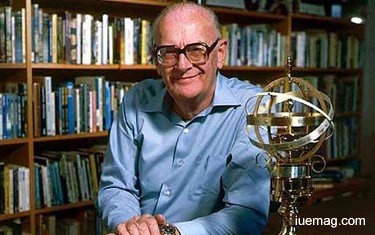 Living a life in an exactly same way - growing as he faced obstacles , was Sir Arthur Charles Clarke, British science fiction writer, science writer, most famous for being co-writer of the screenplay for the movie ‘2001: A Space Odyssey’, which is widely considered to be one of the most influential films of all time.

Born into a farming family, Clarke became fascinated with science and astronomy at an early age, scanning the stars with a homemade telescope and filling himself with sci-fi tales from magazines like Astounding Stories. After his father suddenly passed away, the financial hardships led to his family stopped him from attending university despite his bright mind. After graduating from middle school, he left home to find work in 1936.  Later, taking on a job as a government bureaucrat, he soon became a member of the British Interplanetary Society.

Though these early encounters were interrupted with the coming of World War II, his service would give him the opportunity to indulge his technological aptitude. Returning from the war, he was finally allowed to pursue his higher education after receiving a fellowship to attend King’s College in London. During this time, he also reconnected with the British Interplanetary Society and continued in his literary endeavours. Clarke’s writing won him esteem as a novelist and brought him prominence as a revolutionary thinker. In 1961 he was awarded the Kalinga Prize, an award which is given by UNESCO for popularizing science. His other science fiction writings earned him a numerous of awards.

3. The Sweat, the time, the devotion – it always pays off! 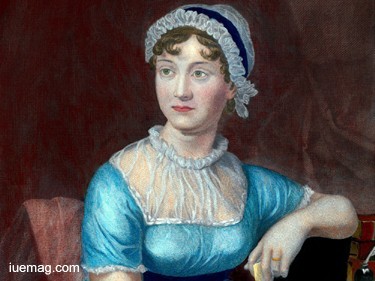 Considered as one of the greatest writers in English history, both by academics and the general public today, Jane Austen, was not a well-known during her lifetime. It was years after her death that many of her works were even published, which are today a great path for many writers.

Jane Austen did a fair amount of reading, of both the serious and the popular literature of the day. She later chose to be in her own novels; she was very familiar with eighteenth century novels, which were much less inhibited than those of the later Victorian era. Her timeless works - numbering just six completed novels - have been turned into a plethora of motion pictures, television shows and modern adaptations at a regular pace in addition to being translated into multiple languages that help her stories surpass cultural boundaries. These six works have gone on to become the model formula for the romance stories of today.

Her transformation from less-known to internationally renowned author began in the 1920s, when scholars began to recognize her works as masterpieces, thus increasing her general popularity. In 2002, as part of a BBC poll, the British public voted her no. 70 on a list of 100 Most Famous Britons of All Time.

4. There are no barriers for a person with talent and love towards work.

An innovator who widened the scope of sonata, symphony, concerto and quartet, and combining vocals and instruments in a new way, composer Ludwig van Beethoven, whose life was marked by a struggle against deafness, composed some of his most important works during the years of his life when he was quite unable to hear.

Beethoven, who struggled with sums and spelling his entire life, was at best an average student.  In 1781, at the age of 10, Beethoven withdrew from school to study music full time, when he was introduced to Bach. At the age of twelve, Beethoven published his first composition, a set of piano variations on a theme by an obscure classical composer named Dressler. By his late 20s his hearing began to deteriorate, which was looked at, as a major setback for his growth, by many of his peers, but they were all proved wrong as his compositions got even better with his hard work. However, due to almost complete loss of his hearing ability by 1811, he gave up conducting and performing in public but continued to compose. Many of his most admired works come from these last 15 years of his life! His best-known compositions include 9 symphonies, 5 piano concertos, 1 violin concerto, 32 piano sonatas, 16 string quartets, his great Mass the Missa solemnis, and one opera, Fidelio.

5. Purpose is the reason you journey; passion is the fire that lights your way! 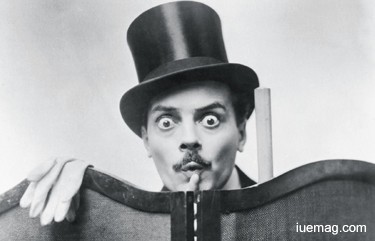 Cited as the first international movie star, Gabriel-Maximilien Leuvielle, known to the world by the name Max Linder, was a man who proved his potential through his unlimited passion towards work. Born in Cavernes, France, he grew up with a passion for the theatre and enrolled in the Bordeaux Conservatoire in 1899, when he was still 16. He soon received awards for his performances and continued to pursue a career in the legitimate theatre.

Linder appeared in short comedy films for Pathé, at first usually in supporting roles. Although the roles did not have priority at all in these films, his dedication to still perform at his best caught the eyes of many. His first major film role was in the fantasy film ‘The Legend of Punching’. Starting with The Skater's Debut in 1907, his’ became one of the first identifiable motion-picture characters who appeared in successive situation comedies. By 1911, Linder was co-directing his own films and writing scripts.

It is not too much of an exaggeration to say that Linder singlehandedly invented the language of film comedy and his work certainly had an enormous influence on the comedy giants that came after him, from Mack Sennett and Charlie Chaplin to Harold Lloyd and the Marx Brothers!

Learning from stories of such highly inspiring personalities, is definitely a great way to not just gain knowledge but also wisdom; one helps you make a living, the other helps you make a life!
Get the Latest & Recommended articles in your Inbox

This Page Has Inspired
1046
People So Far..
Any facts, figures or references stated here are made by the author & don't reflect the endorsement of iU at all times unless otherwise drafted by official staff at iU. This article was first published here on 16th December 2016.
iU eMagazine
Editorial Team of iU eMagazine