December 19: 5 POWER Lessons From 5 Leaders Who Made History On This DAY!

Struggles are a part of everyone's life and we all do have to move on, to be able to succeed in life. Moving ahead surely needs a lot inspiration and hence, we bring to you abundance of inspiration from these 5 leaders born this day, whose lives' lessons are sure to make you a better person from now.
This Page Has Inspired
1064
People So Far..

1. Self-reliance and self-learning are your greatest assets. If you are determined to learn, nothing can stop you! 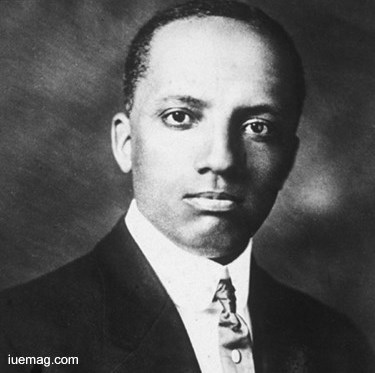 Carter G. Woodson was an African-American writer and historian known as the "Father of Black History Month." He penned the influential book ‘The Mis-Education of the Negro’.

Coming from a large, poor family, Carter Woodson could not regularly attend school. Through self-instruction, Woodson mastered the fundamentals of common school subjects by age 17. Wanting more education, Carter went to Fayette County to earn a living as a miner in the coal fields. He was able to devote only a few months each year to his schooling.

In 1895, at the age of 20, Woodson entered Douglass High School, where he received his diploma in less than two years. He also received a doctorate from Harvard University in 1912—becoming the second African American to earn a Ph.D. from the prestigious institution. After finishing his education, Woodson dedicated himself to the field of African-American history, working to make sure that the subject was taught in schools and studied by scholars. For his efforts, Woodson is often called the "Father of Black History."

2. Allow your passion to become your purpose. Have passion, take action and you shall see the magic happen! 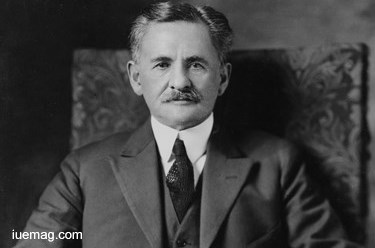 The nineteenth century physicist, Albert Abraham Michelson, was the first American to be awarded a Nobel Prize in Physics.

Precision measurement in experimental physics was Michelson’s lifelong passion. In 1907 he became the first American citizen to win a Nobel Prize in one of the sciences, being so honoured “for his precision optical instruments and the spectroscopic and metrological investigations conducted therewith.” Michelson measured the speed of light in 1878 as his first venture into scientific research, and he repeatedly returned to the experimental determination of this fundamental constant over the next half century. Never fully satisfied with the precision of former measurements, he developed and took advantage of more advanced techniques and tools to increase the accuracy of his observations.

Michelson was successful in obtaining a measure closer than any that had been obtained to the presently accepted figure — 186,508 miles per second. Michelson is also known for the measurement of the diameter of super-giant star, Betelgeuse, using astronomical interferometer with his colleague Francis G. Pease.

3. Anyone who attempts to build great things is sure to face challenges. Strength isn’t about going through those hard times; it is about how you overcome them and still succeed. 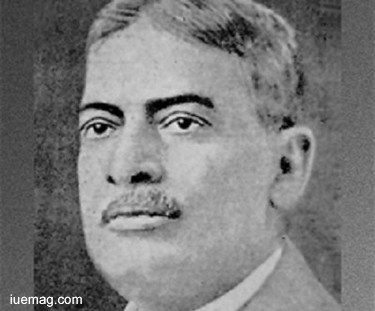 A man could be seen spending many a nights over six years peering into a microscope, heating chemicals, mixing them, testing and going through a sheaves of drug trials in a room lit by a single a kerosene lamp in the then Campbell Medical College . He had no army of research chemists to assist him, no water basin to wash hands, no modern equipment and no peer group to review his research. He had an even bigger handicap, no Indian till date had distinguished himself/herself in medical research, which was the domain of British doctors, chemist and pharmacists. This man was not aiming for academic stardom, his goal was more humble. He was aiming for finding cure to a disease which had killed millions of his countrymen. This man pulled off the impossible and synthesised a drug which for many years was mankind’s only answer to the dreaded disease Kalaazar. The man was Dr Upendranath Brahmachari, who saved more lives than any other Indian. He synthesised Urea Stibamine and determined that it was an effective substitute for the other antimony-containing compounds in the treatment of Kala-azar (Visceral leishmaniasis).

For his achievements, he received many awards, including the Griffith Memorial Prize of the University of Calcutta, the Minto Medal by the Calcutta School of Tropical Medicine and Hygiene and the Sir William Jones Medal by the Asiatic Society of Bengal. He was also awarded the title of Rai Bahadur and was conferred a Knighthood by the British Government in 1934.

4. Your victory in what you do doesn’t only depend on how much experience you have had, but it does depend on your readiness to fail, learn and still be able to rise from the ashes! 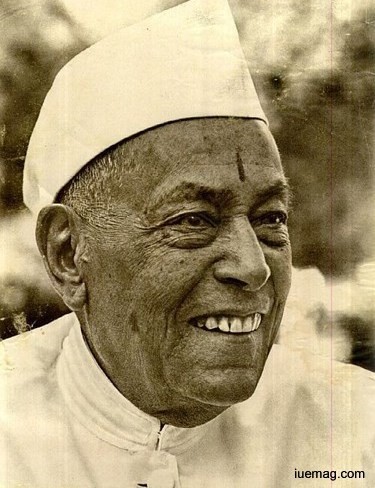 Kasturbhai Lalbhai was an Indian industrialist, who was widely perceived as a nationalist businessman. Lalbhai was only seventeen when his father died. An undergraduate at that time, he had to give up his higher education to take charge of the Raipur mills, a new establishment.

Kasturbhai began working as a timekeeper in the mill but was unhappy with his profile and later began to travel working with suppliers. He gradually began to gain recognition in the management of the mill and became famous for his abilities of handling dealings. The first large scale textile mill was established as Asoka Mills in 1920 with a capital of Rs. 20 lakh, at a time when the largest mills were built with a capital not more than Rs. 5 lakh. Later during the Swadeshi Movement, he set up Arvind Mills in 1931 with a capital of Rs. 25 lakh.

His far-sighted vision, sincerity, and devotion helped him reach the highest position in the industry and community. He was elected as a Representative of Mill Owners Association to the Central Legislative Council of 144 members constituted under Montague-Chelmsford Reforms Act 1919 at a young age of 29 years. With gradual expansion, he was able to rule over the textile industry, thereby becoming a great business magnate in the country. Kasturbhai was also awarded the ‘Padma Bhushan’ by the Indian Government in 1968.

5. A rejection is nothing more than a necessary step in the pursuit of success. There is no better motivator than rejection! 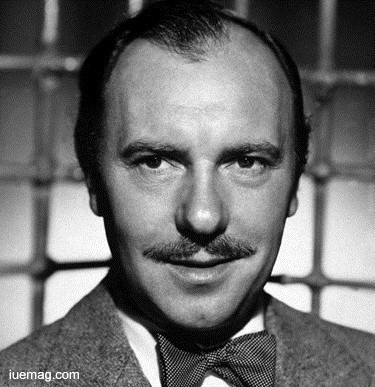 Sir Ralph David Richardson was an English actor who, along with his contemporaries John Gielgud and Laurence Olivier, dominated the British stage of the mid-20th century.

Raised a Roman Catholic, Richardson considered becoming a priest, and was even sent to Jesuit seminary for a time in preparation for his vocation. He chafed at its rules, however, and ran away. He found a job as a low-level assistant at an insurance office in Brighton, and then took art courses at nearby Xaverian College. Richardson found out about a stage company and the idea of being on stage seemed appealing to Richardson. He auditioned, but it went so terribly that the company agreed to accept the 18-year-old only if he paid a fee. Put in charge of the sound props for his first job, he had a disastrous debut with the company when he mistook a cue and banged two garbage-can lids together off-stage at the wrong part of the performance. Within a year, however, Richardson had graduated from walk-ons to small speaking parts to the lead roles, and soon went on to tour England and Ireland with a Shakespearean repertory company. He made his London stage debut the following year in Yellow Sands at the Haymarket Theatre. Over the next decade, he gained increasing demand, for his acting talents in plays such as ‘Sheppey’  and the comic melodrama ‘The Amazing Dr. Clitterhouse’, which had a successful 1936 run at the Haymarket.

Sir Ralph Richardson (1902–1983) belonged to a small, select cadre of British actors who dominated the profession in their day, and were honored as living legends before their passing. His Times of London obituary termed him “the most human of all our great actors.”

Most of us have heard about our great leaders from the past and have also felt proud of their achievements, but it is very rare that we look deeper into their lives, learn about the challenges that they had to push themselves through and take back lessons from them. Learnings from these stories are a great way to enhance not just our knowledge, but also our attitudes to succeed in life. Stay awaited for lessons from more such leaders born each day of this month!
Get the Latest & Recommended articles in your Inbox

This Page Has Inspired
1064
People So Far..
Any facts, figures or references stated here are made by the author & don't reflect the endorsement of iU at all times unless otherwise drafted by official staff at iU. This article was first published here on 19th December 2016.
iU eMagazine
Editorial Team of iU eMagazine