December 20: 5 POWER Lessons From 5 Leaders Who Made History On This DAY!

At certain points of lives, we begin to encounter situations that help us realize that our ability is much more than what we think it is. It is also important for us to be prepared for certain situations that are bound to throw challenges at us. Follow this read, which shall not just give you strength to handle them, but also help you to prevent yourself from wrong doings that might otherwise happen.
This Page Has Inspired
1052
People So Far..

1. It isn’t necessary for you to always follow what everyone does. Focus and work on what you believe and you will see that your results are better than others’. 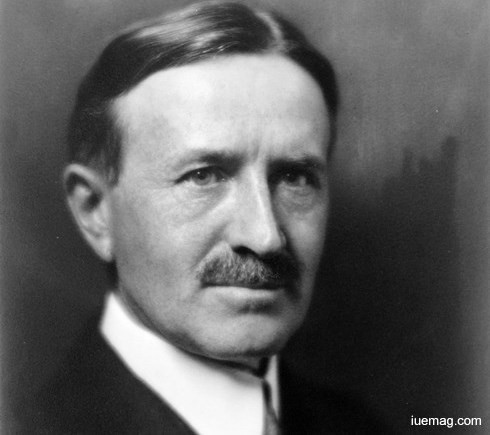 One of the first global makers of automobile tires, Harvey Samuel Firestone was an inventor and innovator, and was the founder of the Firestone Tire and Rubber Company. The company he founded in 1900 has been one of the largest in its industry, surviving two world wars and the Great Depression.

With a friend's help and investment, Firestone established a rubber wheels company. He later sold the company in 1899 and pocketed $40,000. Taking this cash and a patent for attaching rubber tires to wheels, he established the Firestone Tire and Rubber Company. The company began to manufacture its own product and improved its performance, unlike earlier when it was outsourced.

After World War I, the depression of 1920–1921 hit Firestone Tire and Rubber hard. The company had a debt of $43 million, and his answer was to cut prices to increase sales, while cutting wages to decrease costs. Decreasing wages was unpopular at the time but Firestone was still able to fore-stall unionization until the 1930s. By 1924 the debt was paid off, and Firestone even managed to expand his operations and by 1937, his firm had one-quarter of the tire market in the United States and showed over $9 million in profits on sales of over $156.8 million. Firestone Tire and Rubber Company had twelve factories in the United States and five plants abroad making rubber, steel, and textile products. 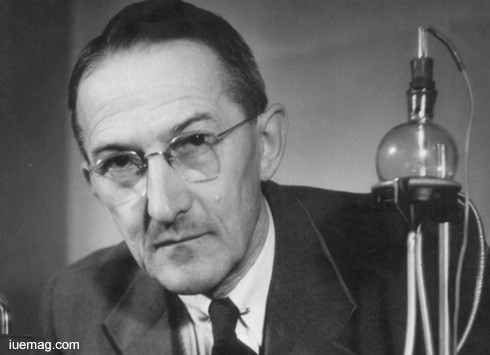 In the early 1920s, electrochemistry was not considered one of the fields offering promising new openings for research. In retrospect, it is now recognized that the polarographic investigations initiated by Jaroslav Heyrovský gave a new impetus to the study of electrode processes.

Heyrovský was drafted into the Austro-Hungarian army in 1915 and spent the war years as a dispensing chemist and roentgenologist in a military hospital. This occupation apparently did not take up all his time and Heyrovský was still able to pursue his research interests; in the autumn of 1918 he submitted his Ph.D. thesis on the electro-affinity of aluminium.

His habilitation thesis, which qualified him in 1920 to become a docent in physical chemistry, summarized his work on the electrochemical properties of aluminium that brought him the D.Sc. from the University of London a year later. Polarography was discovered when Heyrovský unified two somewhat disparate lines of investigation that related the principles of electro-capillarity to the measurement of electrode potentials. During the first two decades of the 20th century, Heyrovský and a small but steadily growing band of enthusiastic pupils concentrated on the theoretical foundations of polarography, which eventually led to a more precise understanding of the polarogram. Heyrovský is also known father of the electro-analytical method, and was the recipient of the Nobel Prize in 1959.

3. Never give up and always fight until the end because it’s never really over until the whistle blows. You might still lose when you fight, but you have already lost if you don’t. 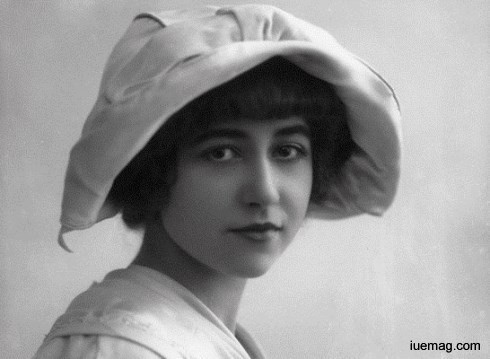 Germaine Yvonne Arnaud was a French-born pianist, singer and actress, who was well known for her career in Britain, as well as her native land.

She was educated in Paris and studied music at the Paris Conservatoire where, at age 12, she won the 1905 Premier Prix for her piano playing and also became an accomplished singer. Feted as a child prodigy, she spent the next several years touring in Europe and the USA where she performed with many of the leading orchestras of the day.

She appeared before an audience for the first time in that role on 7th August, 1911, and was such a success in her stand-in appearances that she next won the leading role of Suzanne in "The Girl in the Taxi". Over the following years she appeared in a succession of musical comedies, farces and opera bouffe. When complications following a throat operation affected her voice and threatened to end her career she fought through and re-established herself in farces and non-musical comedies. She made notable comedy successes as Louise Allington in the farce "Tons of Money" which opened at the Shaftesbury in April 1922 and ran for nearly two years and 737 appearances. Arnaud continued to be active on stage and silver screen, as well as appearing as a pianist at special events until shortly before her death in 1958.

4. Three most important qualities to succeed – competitive spirit, integrity and will to win. 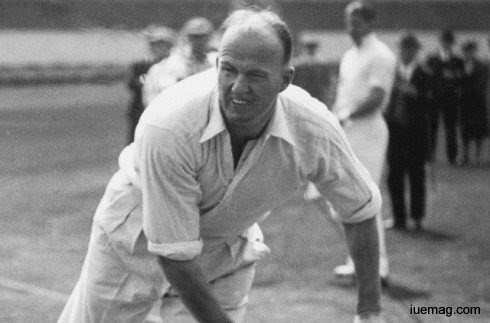 Widely regarded as one of the greatest leg-spinners of all time, Australian cricketer Bill O'Reilly, often known as Tiger O'Reilly, ranks seventh in terms of bowling average among all spinners with at least 100 Test wickets.

O'Reilly was one of the best spin bowlers ever to play cricket. He delivered the ball from a two-fingered grip at close to medium pace with great accuracy, and could produce leg breaks, googlies, and top spinners, with no discernible change in his action. A tall man for a spinner (around 6 feet 2 inches), he whirled his arms to an unusual extent and had a low point of delivery that meant it was very difficult for the batsman to read the flight of the ball out of his hand. He had a relatively long run-up, then bent his right knee and gripped the ball in defiance of all coaching and orthodoxy. Yet he made the ball bounce.

O'Reilly's passion helped to make him the most feared of all spin bowlers. As well as his skill, he was also known for his competitiveness, and bowled with the aggression of a paceman. In the 27 matches he played he took 144 wickets at a fantastic average of 22.59 with 11 five-wicket hauls and three 10-fors. He was miserly as well, going for a mere 1.94 runs per over.

5. Success has no lineage, it knows no gender and it respects no race. It is a faithful slave to everyone that pays the price! 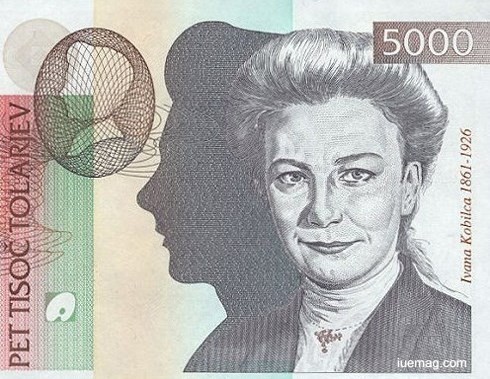 Considered to be the most successful Slovenian woman artist, Ivana Kobilca, a key figure of Slovene cultural identity, succeeded in achieving things that her male colleagues were also not able to. A realist painter who studied and worked in Vienna, Munich, Paris, Sarajevo, Berlin, and Ljubljana, she mostly painted oil paintings and pastels.

She exhibited in the respectable Salon in Paris for several times and became a member of the Société Nationale des Beaux-Arts (SNBA). Kobilca's greatest tribute to Slovenian art was made during the time she lived abroad. Her greatest impact was on figural painting, especially portraits and paintings of typical people's lives in rustic or urban places. Her work is on display at all major European galleries.

After Slovenia declared independence from Yugoslavia, Kobilca was portrayed by Rudi Španzel on the 5000 Slovenian tolar banknote, which was in circulation from December 1993 until the introduction of euro in January 2007. She made her mark in the world of art with Some of Kobilca's best known paintings - Kofetarica (Coffee Drinker), Likarice (Women Ironers), Holandsko dekle (Dutch Girl) and Poletje (Summer).

Many a times, it’s the smaller things that matter. The above lessons are always known to most people, but are rarely implemented at the time they are supposed to be. We believe these journeys of our leaders and the lessons from their lives have been a great set of reinforcements for you to re-motivate and re-align yourself to start better today!
Get the Latest & Recommended articles in your Inbox

This Page Has Inspired
1052
People So Far..
Any facts, figures or references stated here are made by the author & don't reflect the endorsement of iU at all times unless otherwise drafted by official staff at iU. This article was first published here on 20th December 2016.
iU eMagazine
Editorial Team of iU eMagazine