December 24: 5 POWER Lessons From 5 Leaders Who Made History On This DAY!

The next few minutes of reading this piece of write-up, is sure to strengthen you in every way possible, while you learn from the experiences of some of the most remembered personas from the history, of what it really takes to reach your dreams. Here are 5 most important lessons that their journeys illustrate.
This Page Has Inspired
1084
People So Far..

1. Nothing is more expensive than a missed opportunity. Never miss even a single one. 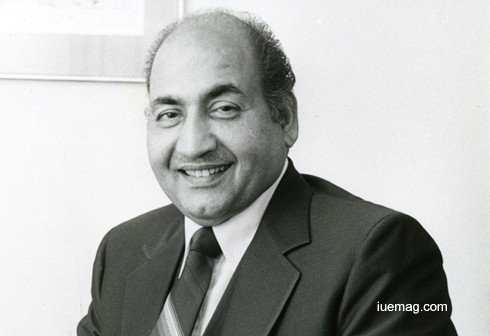 One of the greatest playback singers of India, Mohammed Rafi is considered no less than a genius when it comes to music. Born on December 24th, 1924, this great soul had the perfect blend of melody, emotions and energy, which reflected greatly in his songs.

Lovingly addressed as "Pheeko" by his family, Rafi started showing his inclination towards music at a very early age when he used to imitate the chants of a wandering beggar in his village. Rafi's love for music was recognized soon by his family and he was encouraged to pursue it further. Thus, Mohamed Rafi went on to seek training in Hindustani classical music from eminent personalities. One day Rafi along with his brother Hamid went to attend a performance by the renowned K.L. Saigal. The legendary singer refused to sing when there was a power cut. When the audience began to lose patience, Rafi was asked to keep the audience entertained till the situation got solved. This became the moment which changed his entire life. Among the audience was seated the great composer Shyam Sunder who immediately recognized his immense talent. He invited Rafi for a recording, and there began the journey of the most versatile singer of India.

In the year 1944, the 20 year old Mohammed Rafi recorded his first song under music director Shyam Sunder. It is believed that he sang about 7,400 songs in many languages including Assamese, Konkani, Bhojpuri, Odia, Punjabi, Bengali, Marathi, Sindhi, Kannada, Gujarati, Telugu, Magahi, Maithili and Urdu. Between 1950 and 1970, Rafi was the most sought after singer in the Hindi film industry. He received 6 Filmfare Awards and one National Film Award. In 1967, he was honoured with the Padma Shri award by the Government of India. Voted as “Indian Cinema’s Greatest Voice”, it is no surprise that he remains one of India’s most listened to singers, even today —decades after his death! 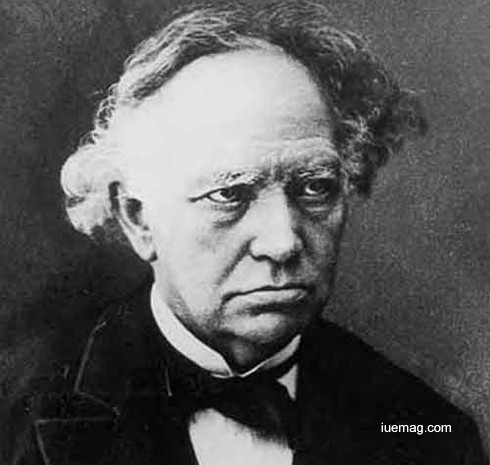 One of the most famous French mathematicians of the nineteenth century, who contributed greatly towards creating formulae of number theory, quadratic forms, invariant theory, orthogonal polynomials, elliptic functions and many others, was Charles Hermite, who was also the first to prove that ‘e’, the base of natural logarithms, is a transcendental number.

Hermite had a defective right leg which led to difficulties while he walked. His dream was to study at École Polytechnique for which he prepared all year long, after which he gained entry. However, he was refused the right to continue his studies after a year because of his disability. He had to fight to regain his place which he won but with strict conditions imposed. Hermite found this unacceptable and decided to leave the École Polytechnique without graduating.

As a boy he read some of the writings of Lagrange and Gauss. After spending five years working privately towards his degree, he took and passed the examinations for the baccalauréat, which he was awarded in 1847. He was also appointed by Ecole Polytechnique, the same institute that rejected him, as an admissions examiner and repetiteur. Hermite was also elected to the Academie des Sciences on 14 July 1856. He was also appointed as maître de conference at the École Polytechnique in 1892, and that position was specially created for him. Though he never had any formal education, he did become one of the most famous mathematicians in the world.

3. In the end, we only regret the chances we didn’t take. Take every risk; drop every fear! 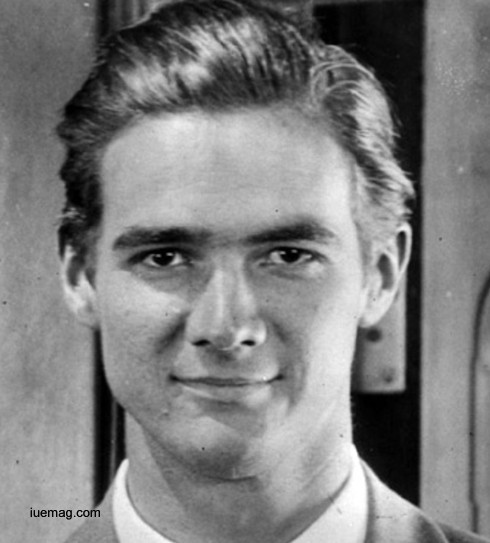 Howard Robard Hughes Jr. was an American entrepreneur, known as one of the most financially successful individuals in the world during his time. First making a name for himself as a film producer, he then became an influential figure in the aviation industry.

Son of a successful oil-drill tool manufacturer, he inherited the family business in 1923 at the age of 18. He used some of his fortune to finance films, beginning in 1926. He produced several movies, including the World War I epic Hell's Angels, which featured expensive aerial fight sequences. Hughes developed a passion for flying and founded his own aircraft company in the early 1930s. Besides designing and building planes, he risked his own life several times testing planes and setting world air-speed records in the mid- to late 1930s. He is credited with many aviation innovations, such as the first retractable landing gear, and is also remembered for the H-4 Hercules, which the press nicknamed the Spruce Goose. For years, Hughes laboured on this massive wooden seaplane, which was intended to transport troops and materials across the Atlantic Ocean during World War II.

Howard Hughes has now emerged as one of the 20th century's most iconic business and aviation figures, spawning a wide range of cultural references.

4. Continuous learning is the minimum requirement to succeed in life. You can never be “overeducated” 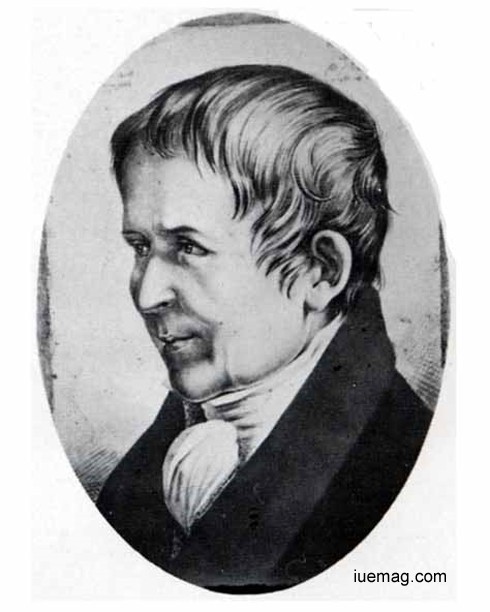 The French astronomer who discovered thirty-seven comets, more than any other person in history, Jean-Louis Pons became the greatest visual comet discoverer of all time, despite humble beginnings and being self-taught. He received the French Academy of Sciences's Lalande Prize in 1818 for his discovery of three comets. He won it again in 1820 for further comet discoveries at Marlia and for an unmatched third time in 1827 for discovering another seven comets at the Florence observatory.

Born into a poor family and not being able to complete his education, Pons was hired as a porter by the Observatory of Marseille in 1789. He learned astronomy from the Observatory's directors and soon began to make observations that led him to discover new celestial bodies, particularly comets.

Pons progressed rapidly, devoting himself primarily to practical observation; an increasing familiarity with the normal aspect of the heavens enabled him quickly to perceive slight changes. Combined with excellent eyesight and great patience, this ability equipped him as a new “ferret of comets“his first discovery of such a celestial object—which he shared with Messier— occurred in July 1801. From then until August 1827 Pons rarely failed to discover at least one comet a year and found a total of thirty-seven during that twenty-six-year period.

5. No one gets a sudden rise, not even the sun. It takes time to rise to the peak of success; patience is the key. 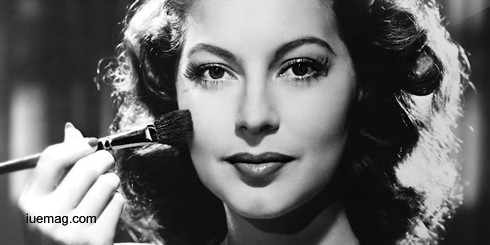 Listed in the American Film Institute's 25 Greatest Female Stars of Classic Hollywood Cinema, the journey to reach the heights did not happen overnight for Ava Lavinia Gardner, who started her acting career at the early age of 18, in small roles, to gaining recognition after years of hard work and effort to perform her best at every role assigned to her, inconsiderate of whether the role was small or big.

When Gardner was 2 years old, she and her family were forced to leave their tobacco farm. Her father then worked as a sharecropper, while her mother ran a boarding house. The family always struggled financially, a situation that worsened when her father died when she was 16. Ava Gardner was studying to be a secretary when her photographer brother-in-law sent pictures of her to Metro-Goldwyn-Mayer(MGM), which was convinced to give her a screen test. This led to her signing a seven-year, $50/week contract with MGM in 1941, when Gardner was 18 years old.

Limited to bit parts at first, Gardner slowly worked her way up to larger roles. But it wasn't until she was loaned to Universal Studios to appear as seductress Kitty Collins in 1946's The Killers that Gardner became a star. That success led to the actress landing better parts in movies. She was nominated for the Academy Award for Best Actress for her work in ‘Mogambo.’ For her role in ‘The Barefoot Contessa’, as a dancer whose story echoed her own, MGM billed her as “The World’s Most Beautiful Animal.”

Most of the time, it is not the path you have taken, that makes you less successful, but it’s the lack of continuous focus and action to walk towards your destination. We believe that learning from such stories of great leaders have greatly influenced you and have helped instilling the right and necessary attitudes for you to succeed. The next time you stop, remember these lines of Will Rogers – “Even if you’re on the right track, you’ll get run over, if you just sit there.”
Get the Latest & Recommended articles in your Inbox

This Page Has Inspired
1084
People So Far..
Any facts, figures or references stated here are made by the author & don't reflect the endorsement of iU at all times unless otherwise drafted by official staff at iU. This article was first published here on 24th December 2016.
iU eMagazine
Editorial Team of iU eMagazine