December 26: 5 POWER Lessons From 5 Leaders Who Made History On This DAY!

Most of us have heard about our great leaders from the past and have also felt proud of their achievements, but it is very rare that we look deeper into their lives, learn about the challenges that they had to push themselves through and take back lessons from them. Here we bring to you lessons from different aspects of the lives from 5 great leaders born this day. You might be surprised to read some unknown facts too.
This Page Has Inspired
1058
People So Far..

1. Everything begins with belief. Believing in yourself even when no one else in the world does, is the real start of a life. 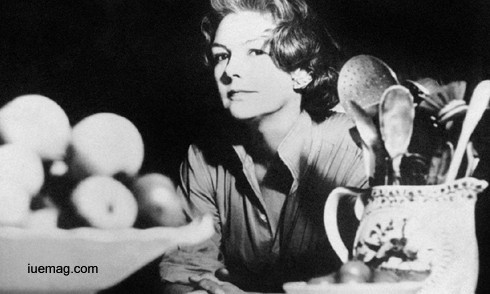 Known as “The writer who transformed British life,” Elizabeth Gwynne, well known as Elizabeth David, was a British cookery writer who changed the way British used to cook in their kitchens. Elizabeth was a woman of exceptional talent and a personality that defied conventions from a very young age.

After having lived in France, Italy, Greece and Egypt for considerable amount of her life and then, on returning to England, she found English food and culture utterly dismaying as compared to the richness of flavours and taste that she was now accustomed to. These flavours of food and life were missing from the grey and bland environment of England. This compelled her to write about Mediterranean food for ‘Harper’s Bazaar’, with an aim to later compile these articles into a book in future.

After being rejected from many publishers on the context that her book ‘A Book of Mediterranean Food’ was a collection of unconnected recipes, it was published later by a publisher of poetry, which gave her astounding feedbacks. Owing to the success of her book, Elizabeth began to write many cookery books on food, flavours, herbs, kitchen equipment, places and culture of places like Italy, France, Turkey, Egypt, Greece and others. She changed the face of British kitchens by introducing people to rich ingredients and alternative cooking techniques. She inspired a whole generation not only to cook, but to think about food in an entirely different way. 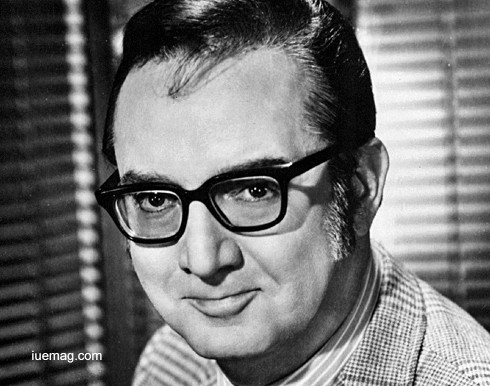 A true Renaissance man, Steve Allen accomplished more in one lifetime than most men could, in ten. Author of more than 50 books, composer of thousands of songs, and a comic genius, Allen will undoubtedly be remembered best as a pioneer of the late-night television talk show, ‘The Tonight Show.’

In 1953, Allen got his big break when he was asked to host a late-night talk show on NBC television. It was an untried format at a time of night, from 11:30 p.m. to 1 a.m., which usually attracted very few viewers. Most knowledgeable observers held out little hope for its success, but they hadn't reckoned on the magic that Allen could conjure up on very short notice. Building on a base made up of the same blend of music, banter, and zany sketches, Allen added the allure of high-profile guest stars. The combination proved irresistible to television viewers who suddenly started pushing back their bedtimes so they wouldn't miss the Tonight Show. Not only did Allen fashion a roaring success out of a format most thought held little promise, but he laid the groundwork for some of the skits his successors would be performing on the Tonight Show years later.

A prolific author and songwriter, Allen turned out more than 50 books and 14,000 songs, earning a place in the Guinness Book of World Records as the modern era's most productive composer of songs. Despite his success, Allen remained a humble man, marvelling at being able to achieve all that he had.

3. Every accomplishment starts with the decision to try. Never say ‘no’! 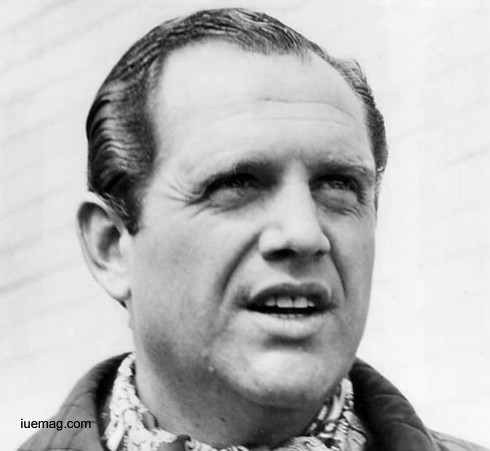 Alan King was a Jewish American actor and comedian, known for his sharp wit and angry humorous rants. His story reads like a typical American dream, a rags to riches fable - he went from being a poor high school dropout to become one of the most well loved and respected comedian of his time.

As a child, King performed impersonations on street corners for pennies. When he was 14, King performed on a radio program and as a result, he was invited to join a nationwide tour. At 15, he dropped out of high school to perform comedy at a hotel in the Catskill Mountains. He then worked in Canada in a burlesque house while also fighting as a professional boxer, winning 20 straight fights and later, nursing a broken nose, he decided to quit boxing and focus on his comedy career. He began working as a doorman at a popular nightclub, while performing comedy under the last name of the boxer who beat him, “King.”

He met the legendary comedian Milton Merle (while he was still working as a doorman), who recognized his talents and became his mentor. In the 1950’s, he became a very popular nightclub comedian and opened the industry doors for many celebrities. He authored five books that include ‘Anyone Who Owns His Own Home Deserves It’ and ‘Help! I'm a Prisoner in a Chinese Bakery.’ He was also the first ever recipient of the award for American Jewish Humor (1988) from The National Foundation for Jewish Culture, which is the leading advocate for Jewish cultural life and creativity in the United States.

4. There is no obstacle too great to face, no challenge too difficult to overcome, if you know what your aim is. 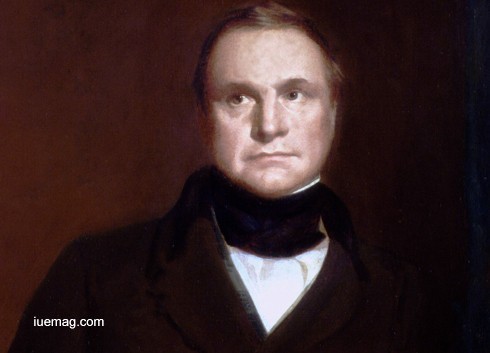 The “father of computing”, credited with inventing the first mechanical computer that eventually led to more complex designs, Charles Babbage’s varied work in other fields has led him to be described as “pre-eminent” among the many polymaths of his century.

As a child, Charles Babbage was weak and fragile and got sick quite often. Despite this, he displayed immense inquisitiveness to any mechanical object. He was about eight when he had to move to a country school to recover from a dangerous fever. Then, he joined King Edward VI Grammar School in Totnes, South Devon, but his fragile health status forced him back to private teaching for a period. He finally joined a 30- closed number academy which had a big library, where Babbage used to study mathematics by himself, and learned to love it. When, in 1812, Babbage transferred to Peterhouse, Cambridge, he was the best mathematician; but he failed to graduate with honours. He received an honorary degree later, without even being examined, in 1814.

It was this luminary who envisaged various fundamentals of computing. He originated the concept of a programmable computer almost a century before its initiation. Though his contributions and achievements are many, he is renowned for designing and inventing the vast mechanical calculating engines that were considered one of the biggest accomplishments of the 19th century. He dedicated most of his life to come up with a perfect mechanical calculating machine that gave way to more intricate modern day machines. In spite of the agonizing childhood that he spent due to many illnesses, and the troubled personal life he went through on the loss of his family, he emerged unbeaten in his goals and passion in life.

5. Never stay away from your challenges; out of suffering emerges your strength to withstand. Your true power is unveiled only at those hard times. 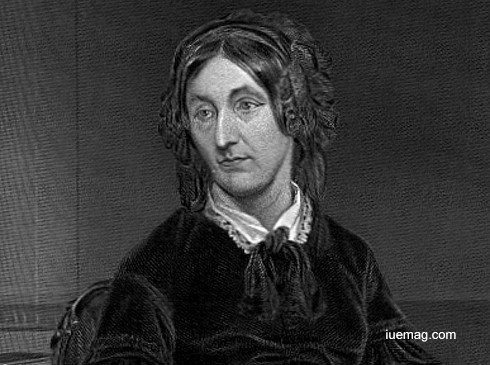 Known as the “Queen of nineteenth century science,” Mary Somerville explained the leading scientific ideas of her day in terms that much of the educated public could understand. Somerville's work as a translator and interpreter influenced how developments in the physical sciences were discussed and delineated. She was also responsible for the first geography text ever published in English.

As a child, Somerville received little formal education and did not learn to read very well, could not write at all, and knew nothing of numbers or language. To put their daughter on the right path, Somerville's parents sent her, at the age of ten, to an elite girls’ boarding school, where she learned very little and did not like the stifling educational methods. Her life changed profoundly at the age of 15, when she encountered algebraic symbols while reading a fashion magazine. She studied algebra on her own, and craved more knowledge. Her father feared that she might drive herself insane. At the time, it was believed that a woman’s constitution could not handle much intellectual effort without causing damage to her physical and mental health. Despite the efforts of her parents to stop her, which included confiscating candles to prevent her from studying at night, Somerville continued to learn. She managed to dodge the lack of candles at night by memorizing formulas she wanted to work on and solving problems in her head in the dark.

In 1804, Somerville was forced to marry her first cousin, who did not think women should have intellectual pursuits and discouraged these efforts. After the death of her husband, Somerville resumed her studies and later married William Somerville, who was completely supportive of her intellectual interests. She slowly began to establish a name for herself, and was respected by those interested in reforming the British scientific society. Mary Somerville was the first woman other than a royal, to appear on a Royal Bank of Scotland banknote. Her immense contribution to science and her determination to succeed against all the odds clearly resonate as much today as they did during her lifetime.
Get the Latest & Recommended articles in your Inbox

This Page Has Inspired
1058
People So Far..
Any facts, figures or references stated here are made by the author & don't reflect the endorsement of iU at all times unless otherwise drafted by official staff at iU. This article was first published here on 26th December 2016.
iU eMagazine
Editorial Team of iU eMagazine