December 27: 5 POWER Lessons From 5 Leaders Who Made History On This DAY!

Sometimes, the most valuable lessons of life come from people you never expected to learn from. Today might be one such day where you might learn some of the most important lessons for you to lead a better life from these great leaders of our history, who have been the reason to change lives and continue to do so, while they still live through these lessons!
This Page Has Inspired
1113
People So Far..

1. Failure is only the opportunity to begin again, only this time more wisely.

Louis Pasteur, French chemist and microbiologist was one of the most important founders of medical microbiology. Pasteur’s contributions to science, technology, and medicine are nearly without precedent. He pioneered the study of molecular asymmetry; discovered that microorganisms cause fermentation and disease; originated the process of pasteurization; saved the beer, wine, and silk industries in France; and developed vaccines against anthrax and rabies.

Louis Pasteur was the man behind the first vaccines for rabies and anthrax. He is also credited with the invention of the technique of treating milk and wine to stop bacterial contamination, a process named “pasteurization” after him. One of the pioneers in the field of microbiology, Pasteur, along with Ferdinand Cohn and Robert Koch, is regarded as one of the three main founders of bacteriology. Born as the son of a tanner who had served in the Napoleonic Wars, Louis grew up listening to his father’s patriotic tales which instilled in him a deep love for his country. As a young boy he loved to draw and paint, but his parents wanted him to focus on his studies. He was an average student who even failed in his first attempt to clear the entrance test for École Normale Supérieur though he eventually went on complete his doctorate. In his career as a chemist he disproved many of the long-held erroneous “scientific” beliefs such as the concept of spontaneous generation. He received international acclaim for developing the first vaccination against rabies and for his seminal work in the field of germ theory. Pasteur won the Leeuwenhoek Medal, microbiology's highest Dutch honor in Arts and Sciences, in 1895.

2. Never give in to the obstacles that lie in your path towards the achievement of your dreams. 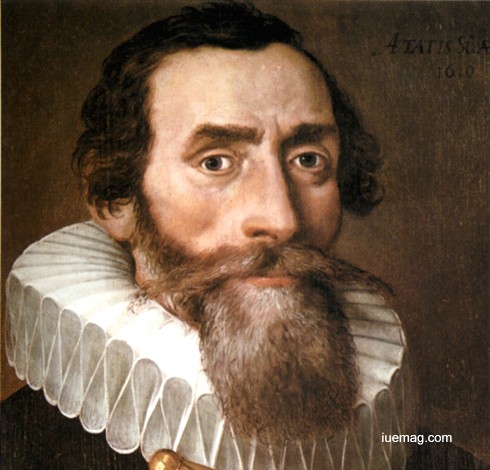 A key player in a profound change in the tide of human thought: the scientific revolution, Johannes Kepler is best known for his laws of planetary motion, based on his works ‘Astronomia nova,’ ‘Harmonices Mundi,’ and ‘Epitome of Copernican Astronomy.’ These works also provided one of the foundations for Isaac Newton's theory of universal gravitation. Kepler was also known for his works in geometry, optics and philosophy.

Kepler faced great emotional cataclysms in his lifetime. He married Barbara Muller, who was widowed twice and had a young daughter, Gemma. Kepler married Muller on April 27, 1597. In the first year of his marriage, he had two daughters, both of whom died in infancy. The couple also had three more children in the following years. However, Barbara’s health deteriorated and she passed away in 1612. On October 30, 1613, Kepler remarried. This time, he married 24 year old Susanna Reuttinger, after considering 11 matches before her. The first three children born from this marriage, died in infancy. In between all this emotional upheavals, Kepler’s mother was accused of practicing witchcraft and was imprisoned for fourteen months. Throughout her trial, Kepler was said to be by her side.

Though he had to face to face continuous stumbling blocks throughout his family life, he never allowed those issues to stop him from achieving his career goals, while he still took care of his family.  For being one of the prominent figures in astronomy, a lot of astral elements were named after him such as ‘Kepler’s crater on Mars’, ‘The Kepler Moon crater’ etc. He came up with ‘Kepler Triangle’ and the ‘Kepler Problem’, both of which, published in three parts, studied various aspects of geometric progression, characterized by the ‘Pythagorean Theorem’ and the ‘Golden Ratio’. Many famous scientists such as Newton developed their ideas on the basis of Kepler’s works. Kepler was also known for his philosophical and mathematical works. Many music compositions and opera pieces for Kepler such as ‘Die Harmonie der Welt’ were written by famous composers. In 2009, to honour his contributions in the field of astronomy, NASA announced the ‘Kepler Mission’.

3. Your work is to discover your work and then, with all your heart, to give yourself to it. Only passions, great passions, can elevate the soul to great things.

Belonging to the infamous Bernoulli family, Jacob Bernoulli was also a leading mathematician born on 27th December 1654, in Basel, Switzerland. He introduced the first principles of the calculus of variation. Bernoulli numbers, a concept that he developed, were named for him.

Although he studied theology and philosophy at university level he was more interested in mathematics and astronomy, which he studied side by side. However, it was only after he received his licentiate in theology that he could concentrate on his favourite subjects. For six or seven years, he travelled throughout Europe studying under different scholars, after which he returned to Basel to take up a teaching post at his alma mater. During this decade, he also began a fertile research career. His travels allowed him to establish correspondence with many leading mathematicians and scientists of his era, which he maintained throughout his life. Along with teaching, he started working on various mathematical problems, especially differential calculus as presented by Leibniz. Later, he made significant contribution to the study of calculus and is often referred to as one of the founders of the calculus of variations. Scholars also give equal importance to his works in the field of probability and his derivation of the law of large numbers.

Jacob Bernoulli is best remembered for his book, ‘Ars Conjectandi’ (The Art of Conjecturing), which has consolidated many central ideas in probability theory, including the first version of the law of large numbers, as well as many combinatorial topics. Bernoulli had started the work in 1684. Although a major part of the book was finished by 1689 he continued working on it until his death in 1705. Therefore, it is essentially an incomplete work. Yet, the scholars consider it to be one of the major works in combinatorics and mathematical probability. He lived for only fifty years, yet he left a huge body of work for posterity.

4. Life is tough. Just when you think you've conquered your demons, new ones come back to try and slay you. It's okay to feel down and out, but it's NOT okay to remain defeated. 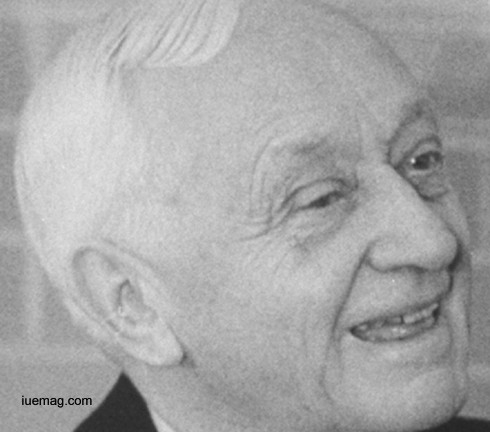 One of the most powerful financiers in the American Midwest for decades, Cyrus S. Eaton, Sr. was a Canadian-American investment banker, businessman and philanthropist, with a career that spanned seventy years.

While a student, Eaton was persuaded by John D. Rockefeller to forego joining the ministry and become a businessman instead. Starting in business in 1907, he had built several electric power plants in western Canada within a few years. After spending several years traveling, Eaton settled in Cleveland in 1913 and soon diversified into other utilities, banking, and steel in the United States. He joined the Otis & Co. banking firm and years later, he set up an investment vehicle organized as Continental Shares, Inc., a closed end trust. In 1927 he formed Republic Steel, the 3rd-largest U.S. steel company. His business had a complex structure which some felt to be too highly leveraged. His 1929 wealth was an estimated $100 million, most of which was lost in the Great Depression. Rebuilding all that was lost, wasn’t an easy task for Eaton but with his belief in rebuilding his empire, he started all over again. Eaton rebuilt his fortune(which would almost been impossible for anyone) in the 1940s and 1950s, becoming a director, then board chairman of the Chesapeake and Ohio Railway; and also board chairman of the West Kentucky Coal Co. At Eaton’s death his fortune was estimated at about $200,000,000.

He was chiefly known for his longevity in business, for his opposition to the dominance of eastern financiers in the America of his day, for his occasionally ruthless financial manipulations, for his passion for world peace and for his outspoken criticism of United States Cold War policy.

5. Don't focus on what you are up against. Focus on your goals and ignore the rest; you are bound to reach those goals! 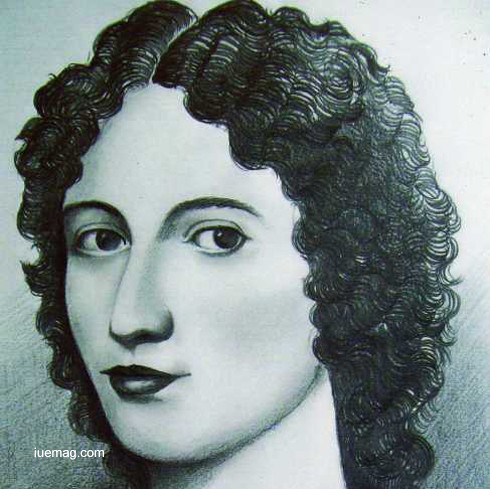 Manuela Sáenz was a revolutionary hero of South America who supported the revolutionary cause by gathering information, distributing leaflets, and protesting for women's rights. She was born the illegitimate daughter of a Spanish gentleman, creating many obstacles for her to overcome. Upon meeting Simon Bolivar, revolutionary leader against Spanish rule, she joined his movement to liberate South America.

On the death of her mother, Joaquina Aispuru, she was sent to live at the convent of Santa Catalina. She remained there until age 17, when she married James Thorne, a wealthy British merchant. Thorne took her to Lima, where Sáenz first came into contact with the movement for independence. She returned to her birthplace, Quito, in June 1822 and met Bolívar after his triumph in the area. She united her life with his and with the cause for which he was fighting. She became one of the most important members of the group of people who were fighting for the cause. Manuela Saenz had a difficult existence following the death of Bolivar as she was sent into exile by the powers that be; however she is regarded as one of the pillars of the revolution in the present day.

Manuela Saenz was an integral part of the struggle to liberate New Granada under the leadership of Simon Bolivar and played a key role in the movement. Due to her services to the revolution and also for being one of the few women who were involved in it, Manuela Saenz was awarded the ‘Order of the Sun.’
Get the Latest & Recommended articles in your Inbox

This Page Has Inspired
1113
People So Far..
Any facts, figures or references stated here are made by the author & don't reflect the endorsement of iU at all times unless otherwise drafted by official staff at iU. This article was first published here on 27th December 2016.
iU eMagazine
Editorial Team of iU eMagazine