December 28: 5 POWER Lessons From 5 Leaders Who Made History On This DAY!

You are sure to go back with a fresh and inspiring mind when you finish this read, with these lessons from the 5 great leaders born this day, whose journeys of powerful persistence, courage, determination, innovation and humble sacrifices, shall live through eternity!
This Page Has Inspired
1043
People So Far..

1. The distance between your dreams and reality is ACTION, the universal language of success. 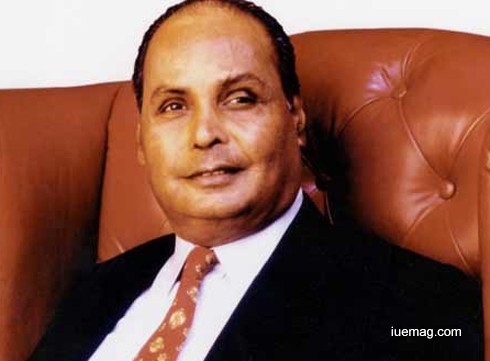 Fiery instinct, futuristic outlook, indomitable will, and a burning passionwas all that Dhirubhai Ambani had, when he set out to work his way for a living in the lanes of Bombay, way back in 1958. From being a spice dealer to a cloth merchant to a textile producer, it was his ambition, inexhaustible energy and never-say-die spirit that led him through all the obstacles to emerge as the business tycoon of India. He established and laid the foundation for Reliance Industries, which has become one of the largest conglomerates of India today. It was through his futuristic vision and strong business acumen that Reliance Industries created history in the Indian industry, a legacy that would serve as an inspiration for generations to come! Reliance was the first Indian company to feature in Forbes 500 list.

Fuelled by an aim to ‘Think Big, Think Differently, Think Fast and Think Ahead’ his capacities in the entrepreneurial sector were in stark contrast with his competitors, as he promised his dealers a deal that was revolutionary, ‘profit we share, losses are mine’.

With no Oxford or Yale degree and no family capital, he achieved what no one could: he built an ultramodern, profitable, global enterprise in India itself. Also, he enlisted four million Indians, in an adventure in can-do capitalism, convincing them to load up on Reliance stock. Ambani seemed destined to be remembered as a folk hero- an example of what a man from one of India's poor villages can accomplish with non-shrink ambition.

2. Only those who will risk going too far can possibly find out how far one can go. Never miss to take a risk! 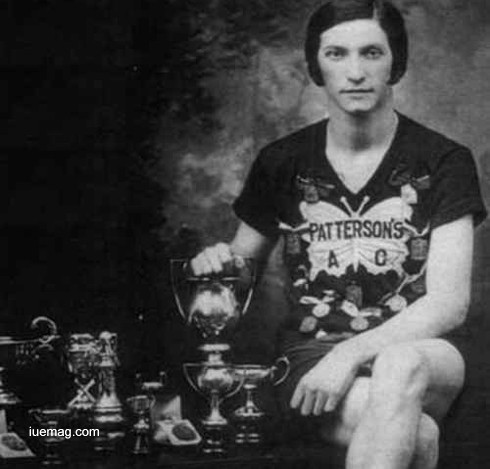 All-round athlete, coach, sports administrator, and journalist, Bobbie Rosenfeld, stands as the most perfect example for women from around the world, who dream to achieve big!

While she grabbed every small opportunity, the results made the way for the next. When she was 19, in 1923, while playing softball in a sport carnival near Barrie, she was coaxed by her teammates to run in a 100-yard dash event organized by the sports director of the Canadian National Exhibition). She won the race, defeating Rosa Grosse, the reigning Canadian champion. This episode catapulted Rosenfeld’s athletic career

In 1923, Rosenfeld defeated the American world record holder, Helen Filkey. At the 1925 Ontario Ladies Track and Field championships, in a single day performance, Rosenfeld placed first in discus, shot put, 220-yard dash, low hurdles, and long jump, and placed second in the javelin and 100-yard dash. In the mid-1920s, she held national records in the 440-yard open relay,as well as in the standing broad jump, discus, javelin, and shot put. Over the next few years Rosenfeld continued to compete periodically in a number of sports, until severe arthritis forced her retirement from active participation in 1933. A year later she was coach of the Canadian women’s track and field team at the British Commonwealth Games in London, England. Each year since 1978, the Canadian Press awards Canada’s female athlete of the year with the Bobbie Rosenfeld Trophy. Rosenfeld’s success and popularity helped pave the way for women’s sport — one of the “Modern Women” of the interwar period, her achievements challenged social norms and assumptions about women’s abilities, and she became a role model for young women, particularly those from the working class.

3. No matter where you’re from, your dreams are valid. Never limit yourself because of others’ limited imagination. 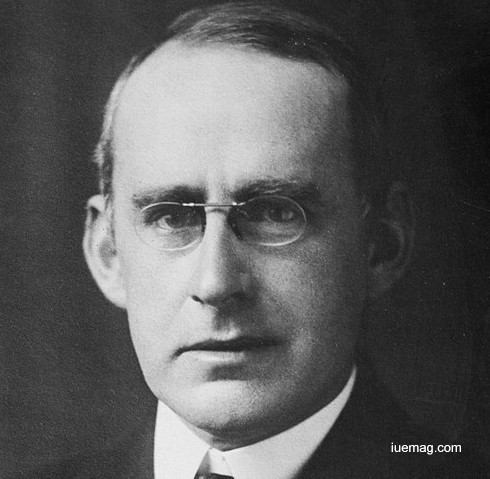 Arthur Eddington was an eminent scientist who is credited with the establishment of many renowned theories, which have been named after him, such as ‘Eddington number’ and ‘Eddington limit’. He was born to a middle-class family and after the sad demise of his father his mother took up the responsibility of the family. Being taught at home before attending school, he excelled as a student and earned several scholarships which helped him in his further studies. His remarkable performance at the ‘Owens College’ earned him the opportunity to attend the prestigious ‘University of Manchester’.

He engaged in experimental works and carried on rigorous research and established theories which served as breakthrough in the world of physics. He was involved in astronomical research and developed theories regarding the interior of stars and stellar movements. He was the first English physicist to explain Einstein’s theory of relativity.

Even though a section of the scientific community condemned his theories and models; many scientific minds of that era acknowledged the usefulness of his theories in matters related to the process of stellar evolution. In the years that followed, his intuitive insight, bold imagination, and mastery of mathematics led him to important discoveries covering a wide range of problems. He was the first to model the interior of a star under radiative equilibrium. During 1920s this talented astronomer was bestowed with several honours such as ‘Bruce Medal of the Astronomical Society of the Pacific’, 'Henry Draper Medal of the National Academy of Sciences', 'Gold Medal of the Royal Astronomical Society', 'Prix Jules Janssen of the French Astronomical Society' and 'Royal Medal of the Royal Society'. In 1926, his book ‘The Internal Constitution of the Stars’ became very popular and was also regarded as a standard textbook in the study of astrophysics. 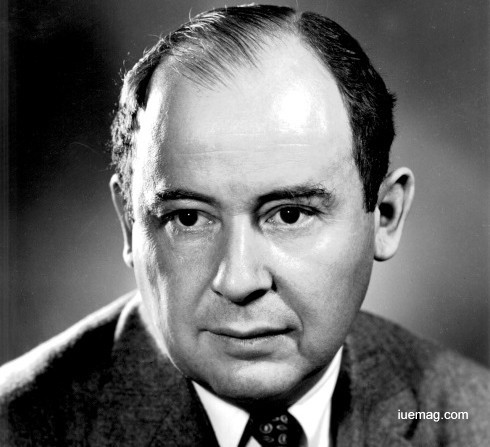 A Hungarian-American mathematician, physicist, inventor, computer scientist, and polymath, John von Neumann, grew from child prodigy to one of the world’s foremost mathematicians by his mid-twenties.

Upon completion of von Neumann’s secondary schooling in 1921, his father discouraged him from pursuing a career in mathematics, fearing that there was not enough money in the field. As a compromise, von Neumann simultaneously studied chemistry and mathematics. By his mid-twenties, von Neumann found himself pointed out as a genius at conferences. Von Neumann produced a staggering succession of pivotal papers in logic, set theory, group theory, ergodic theory, and operator theory.

Although he began his career as a pure mathematician, he later became more interested in applied mathematics, and as the Second World War broke out, he used his knowledge to contribute to war efforts. Throughout his life, he had published over 150 papers. Among them, sixty were in pure mathematics; another sixty in applied mathematics; twenty in physics and the rest were on miscellaneous subjects. He received several awards; among them, Bôcher Memorial Prize, Navy Distinguished Civilian Service Award, Medal for Merit and Medal of Freedom are the most significant. He was a prolific writer and his last book, written from hospital bed, was published posthumously as ‘The Computer and the Brain’.

5. It’s just the positive attitude that is needed, which has the ability to overcome any situation; Yes, Any! 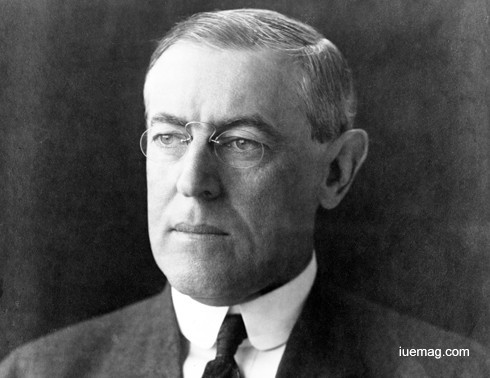 Imagine not learning your letters until age 9, not reading until age 12, being a slow reader all your life. This was part of the background of Woodrow Wilson, who was a professor at Princeton University, and also the 28th President of the United States, serving in the office for two terms and led America during the World War I.

When Professor Wilson was 39, he also suffered a minor stroke that left him with weakness of the right arm and hands, and an inability to write in his usual right-handed manner. He still became the president of Princeton. His right-handed writing ability slowly returned within a year. The problem recurred in 1904 and again in 1906, this time with blindness in the left eye. While the right arm weakness went away, Wilson had enough damage to his left eye that he could never read with it again. By 1910 he was essentially being forced out of his presidency by the trustees.

Wilson was later elected as the governor of New Jersey. From the governorship, Wilson began his successful campaign for president of the United States. He won the Democratic nomination. A month after his inauguration, all of the previous right-sided troubles had implicated the left side of the brain. It appeared that the right brain was also being damaged by cerebral vascular disease. He once again re-casted inspiration on the 2.5 million stroke victims in the U.S. who must cope with their assorted disabilities. He was re-elected to a second term in 1916, but suffered a number of problems during the next two years as American involvement grew in the world war. President Wilson persisted in his effort to win a re-nomination for a third term.

Woodrow Wilson was a great liberal and reformer, the first world leader to fire the masses with a vision of world peace, and a courageous person who repeatedly conquered the afflictions of his chronic cerebral vascular disease. At a critical point in history, his brain failed him, but obviously not his will-power and his positive attitude.
Get the Latest & Recommended articles in your Inbox

This Page Has Inspired
1043
People So Far..
Any facts, figures or references stated here are made by the author & don't reflect the endorsement of iU at all times unless otherwise drafted by official staff at iU. This article was first published here on 28th December 2016.
iU eMagazine
Editorial Team of iU eMagazine