December 31: 5 POWER Lessons From 5 Leaders Who Made History On This DAY!

Success isn't just about what you accomplish, but what you inspire others to do. There are people of great successes who are and will be an inspiration to the world for centuries together. Here we bring to you lessons from the experience of such great leaders born this day! Use this read for a good start to your great day!
Tweet
Views
1040

1. “Never miss to take the extra effort to walk that extra mile and become extra-ordinary!” 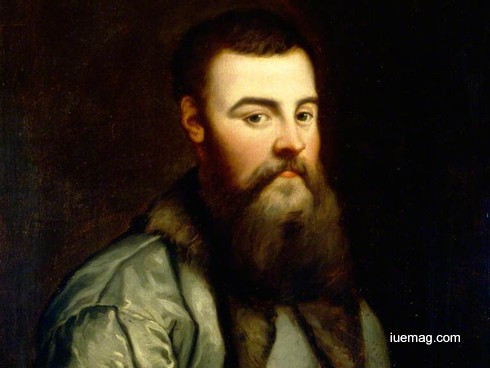 Andreas Vesalius was a 16th century Flemish physician, widely referred to as the founding father of modern human anatomy. He was a major figure of the scientific revolution and his greatest achievement was that of reintroducing human anatomy and its importance to people.

Roman and Greek laws during his day had forbidden the dissection of human body. However, Vesalius wanted to learn more about human anatomy and he felt the best way to do so was to dissect human corpses. Despite the strict rules of the Roman Empire and Greek on the practice of human dissection, Vesalius managed to convince a judge to allow him to dissect a human corpse. He accomplished this through a pamphlet he wrote about blood-letting, a famous treatment for a variety of illnesses and hence the importance of understanding the human body. The judge allowed him to make repeated and comparative dissection of humans, which were restricted to bodies of executed criminals. This led to more astonishing discoveries by this anatomist.

In 1543, Vesalius wrote and published his book, De Humani Corporis Fabrica (The Structure of the Human Body) based on his extensive work. This book contained about 200 anatomical illustrations. The book contains the most accurate and comprehensive anatomical text and illustrations that are still being used today. The book laid a solid foundation for the understanding of the vast human anatomy and it is a basis for any medical practice even today. He revolutionized the study of biology and the practice of medicine by his careful description of the anatomy of human body.

2. “You can do what you have to do & sometimes you can do it even better than you think you can.” - Jimmy Carter 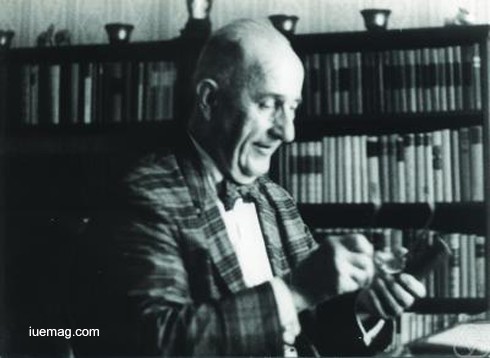 The man behind the number theory, Carl Ludwig Siegel was a significant mathematician of the 20th century. Son of a postal worker, Siegel, in spite of his humble background, made it big in the world of science through his sheer determination.

At the age of nineteen, Siegel enrolled himself at the Humboldt University in the midst of World War I, where he studied mathematics, astronomy and physics. It was there that Siegel attended lectures that made an impression on his mind so much that it made him abandon astronomy and switch to number theory, which became the main research topic of his career. Despite being an antimilitarist, Siegel had to forgo his studies as he was called for military service. Post war, Siegel resumed his studies, for which he enrolled himself at the Georg-August University of Göttingen, as a teaching and research assistant. It was during his years at Göttingen that Siegel undertook many of his ground-breaking researches and published them.

A profound student of history of mathematics, Siegel put his studies to good use and thus was successful in bringing about number theory and celestial mechanics. Additionally, he also proved important theorems in the theory of analytical functions of several complex numbers. For his immense contribution in the field of mathematics, Siegel was the recipient of many honorary doctorates and was a member of the most renowned academies during his lifetime.

3. “Leaders aren’t born, they are made. They are made just like anything else, through ‘Hard Work’” 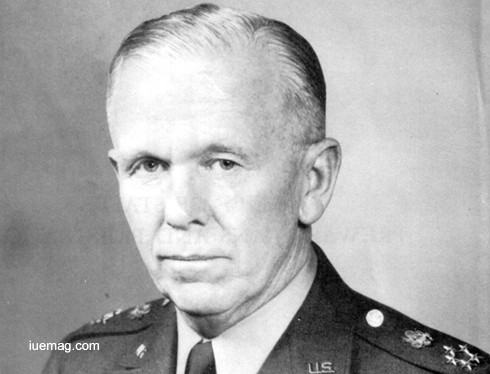 George Marshall was an American statesman and soldier who served as the Chief of Staff of the United States Army under two U.S. Presidents. He gained much fame for his leadership skills during the World War II during which he built and directed the largest army in history and was hailed as one of the military heroes in the allied victory in World War II, by Winston Churchill.

A patriotic soul from the very beginning, he decided to join the army and enrolled at the Virginia Military Institute. Following his graduation as a senior first captain of the Corps of Cadets, he served in several posts in the Philippines and the United States. During the World War I, he planned the first American attack and victory of the war at Cantigny and played a major role in the planning. A much respected military officer, he was promoted to brigadier general in October 1936 and three years later, he was promoted to general and made the Army Chief of Staff.

During the World War II he set about organizing the largest military expansion in U.S. history. Even though he had never actually led troops in combat, he was bestowed with great organizing and leadership skills with which he inspired other officers. He also played a pivotal role in preparing the U.S. Army and Army Air Forces for the invasion of the European continent. In December 1944, Marshall was promoted to the newly created position of General of the Army, becoming the first American Army general to be promoted to a five-star rank. George Marshall was instrumental in designing and implementing the European Recovery Program in the years following the World War II. He was the recipient of several U.S. military honors including Distinguished Service Medal with one Oak Leaf Cluster, World War I Victory Medal with four campaign clasps, and World War II Victory Medal. 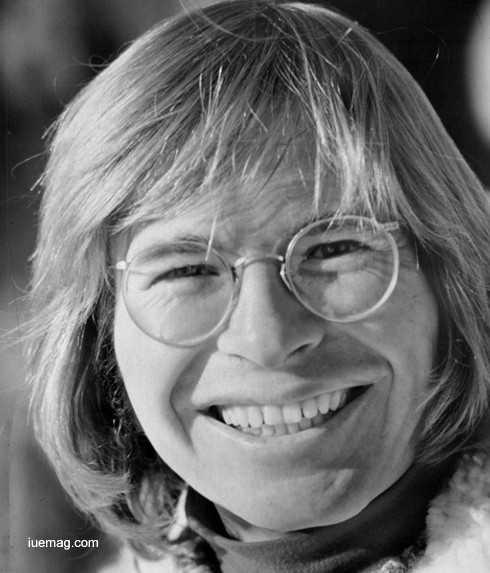 American singer John Denver is renowned as one of the most influential voices in music that has emerged in the last century and to this day, his songs are popular in most parts of the world. It is often said that during the 1970s, John Denver was peerless as far as musical appeal was concerned and that had a lot to do with the fact that his songs spoke about things that were vibrant.

John Denver was gifted with a Gibson guitar when he was just a 2-year old and that was his start in the world of music. He continued to dabble in music throughout his teenage years and joined a band when he started going to ‘Texas Tech University’ to study architecture. Denver discontinued his studies at the ‘Texas Tech University’ and decided to try his fortune in the world of music in Los Angeles. Once in Los Angeles, it took him two years to find a folk group called ‘The Mitchell Trio’ and that was well and truly the tentative beginnings of a professional music career.

It was in the year 1969 that John Denver took his most important career decision and decided to abandon being part of different bands. Instead he decided to be a solo performer and his very first album was hence produced. It was titled ‘Rhymes & Reasons’. After the swinging 60s, Denver ushered in a new era of music and went on to become one of the most loved music stars in the entire United States and indeed in most parts of the world. However, what set him apart from plenty of singers of the era was the fact that he was also an activist and this side of his personality shone through in his songs. Along with author Werner Erhard and physicist Robert Fuller, this renowned artist successfully established ‘The Hunger Project’ in the year 1977 and it was only the beginning of his future work as an influential peace activist. In addition to that, he was also a singer who wrote and composed his songs on his own, other than on occasions when he participated in group efforts with other singers or music groups. John Denver’s most famous work in his career has to be his first smash hit, which is still regarded as his best production ever. The song is ‘Leaving on a Jet Plane’ and it is still considered among the best songs that have ever been composed on farewell and travel.

5. “Believe in your infinite potential. Your only limitations are your own thoughts.” 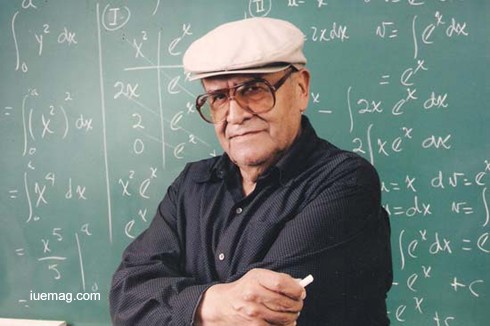 Jaime Escalante was a celebrated Bolivian teacher and one of the most famous educators in America during 1980s and 1990s.

He began teaching mathematics to troubled students in a Los Angeles school and was known for leading many of them to clear the advanced placement calculus test. After obtaining his teaching credentials, he was appointed as a teacher at the Garfield High School in East Los Angeles, California, and he found himself in a challenging situation, teaching mathematics to troubled students in a rundown school known for violence and drugs. Instead of adjusting his classes to poorly performing students, he offered to teach them advanced placement calculus and started an advanced mathematics program with a handful of students. In 1982, he came into national spotlight when his largest class till then, consisting of 18 students, cleared an advanced placement test in calculus.

As a teacher, he strove to bring his kids to their fullest potential, working with them to help them understand the subject. He saw the potential in his students that other teachers had failed to see before, and pushed them to amazing heights. He certainly proves how a teacher has the power to change the poorest student into the best of best!

We truly believe that these everyday lessons from great leaders, which you learned in the last 31 days of the month, are sure to give you a great start to 2017, which you shall step-in, with the highest inspiration that is sure to make you a super star! Happy New Year!!
Get the Latest & Recommended articles in your Inbox

Any facts, figures or references stated here are made by the author & don't reflect the endorsement of iU at all times unless otherwise drafted by official staff at iU. This article was first published here on 31st December 2016.
iU eMagazine
Editorial Team of iU eMagazine
Most Loved On iU
Have something to share? Drop us a line below!
People who loved this also loved