December 8: 5 POWER Lessons From 5 Leaders Who Made History On This DAY!

One of the famous quotes by pastor Rick Warren - "While it is wise to learn from experience, it is wiser to learn from the experience of others", certainly holds true for all times. The following lessons from some of the great pioneers of our history, from various industries, are sure to help you avoid mistakes in life that you might otherwise make.
This Page Has Inspired
1034
People So Far.. 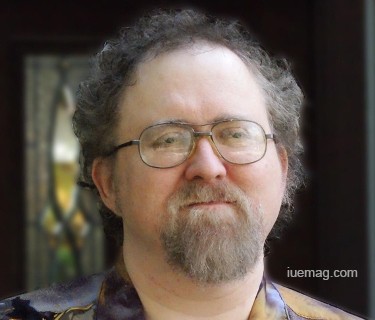 The author of some of the most loved science fiction books including 13 tales of the Star Wars series, X-Wing series and many others, Aaron Dale Allston, wrote his first novel at the age of just 16. An avid fan of science fiction from a very early age, Allston started writing about them at the age of 11 and had published his first short story when he was still 14 years old.

Allston’s interest and his actions made him the secretary and reporter for his high school science fiction club. His work was soon recognized and he began to work with a daily newspaper. Later on, he was hired by Steve Jackson, a publisher and a game designer for the position of a circulation manager for the magazine, ‘Space Gamer’, and was very soon promoted as an editor. He published his first game-based fiction novel ‘Web of Danger’, in 1988, when he was 28. His writings made a way for many aspiring sci-fi novelists.

He was also a game designer, who has played a major role in the creation of around 40 different role-playing games like ‘Dungeons and Dragons’ and ‘Lands of Mystery’. The movie industry was inspired by few of his ‘Star Wars’ novels, leading to the release of blockbuster movies with the same name. 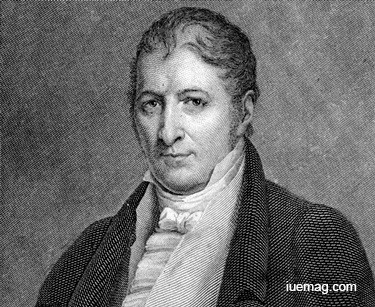 This lesson is derived from an American inventor, mechanical engineer and manufacturer born in 1765, who affected industrial development of the United States in a massive way.

Eli Whitney, best known for inventing the cotton gin, grew up on a farm, yet with love for machine and technology. Whitney went to Georgia, when the Southern planters were in their most desperate situation. Though green-seed cotton was available in big numbers, many hours of handwork was needed to separate lint from the small tough seeds. At the urge of the widow of the Revolutionary general, Nathaniel Greene, Whitney watched the cotton cleaning and studied the hand movements. He realized it was the right opportunity for him to implement all his knowledge of machines. Whitney worked to develop a machine that could clean the cotton more efficiently and faster . The ‘gin’ in ‘cotton gin’ is a shortened version of the word ‘engine’. Whitney worked the most fateful revolution in a regional economy that ever occurred.

He later on went on to pioneer the era of mass production and modern manufacturing methods, based on the concept of interchangeable parts.

3. Never complain about what you do not have. We don’t always get what we want, but there are people who will never have what you have right now! 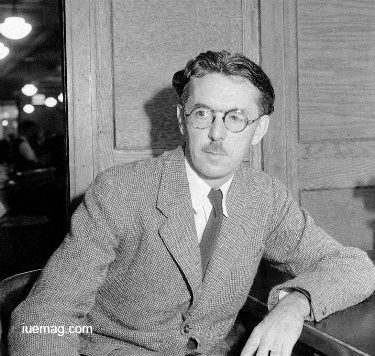 Being shot by his brother in the eye with an arrow while playing a game, and losing that eye did not stop James Grover Thurber from become one of the most celebrated cartoonist, who was also one of the most popular humourists of his time.

While Thurber drew his cartoons in the usual way at the beginning, he had to change the fashion as his eyesight began to fail. Using thick black crayons, he began to draw the pictures on very large sheet of papers – the method that still did not fail to bring him fame. His last drawing was a self-portrait in yellow crayon on a black paper. By 1952, he had to give up drawing because his failing eyesight had developed into full blindness. His life never failed to succeed even after he lost his sight, when he began to write more. He has published at least fourteen more books, including ‘The Thurber Carnival’, ‘Thurber Country’ and the extremely popular - ‘The Years with Ross’. Thurber's life was totally filled with success in spite of his handicap.

4. It is not about the length of life but depth.

It’s absolutely important to give your best every single moment because ‘Death’ is nobody’s friend and comes at unanticipated times. This is not to scare you away, but to let you know how short life can be and how important it is, to utilize every moment.

James Douglas Jim Morrison, an American rock singer and songwriter, was one of the most iconic and influential frontmen in rock music history. Not everything in life goes as planned and so was his life. The unanticipated death at the age of 27 of this man who is best remembered as the lead singer of ‘The Doors’ (the band that he started during his college), shocked everyone, but he is never forgotten in the hearts of people as he continues to live through his music.

5. Rejection is not the end. It is just a just another step on your path. 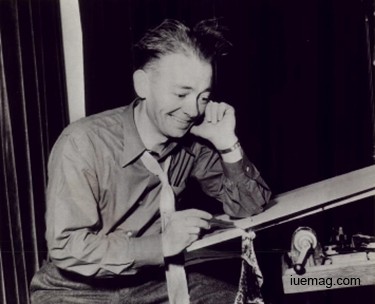 The man behind one of the most watched cartoons of the 20th century - Popeye­, did not attain success over night. Lot of rejections is what truly made him successful later on.

Elzie Crisler Segar, well known as E C Segar, is definitely the most perfect definition of creativity. His interests in creating arts began when he was still young, working as a house painter and motion-picture projectionist. On deciding that he wanted to become a cartoonist, he began to draw many cartoons which he thought would get him opportunities. Life is never easy as we sometimes think it is and so was Segar’s. After having many of his cartoons rejected, he took a correspondence course in cartooning, went to Chicago, where he got a job at the Herald, to draw ‘Charlie Chaplin’s Comic Capers’. He later created his own character 'Barry the Boob', and then the 'Looping the Loop'. Some of his works still failed to attract people, but his attitude to continue to learn and excel, led him to create his masterpiece in 1919 – the ‘Thimble Theatre’ comic strip that starred Popeye the sailor, from which Robert Altman's live-action film Popeye was adapted later.

Segar’s choice to stick to his decisions is what made him one of the most influential and talented cartoonists of all time.

Marcel Proust said “The real voyage of discovery consists not in seeking new lands, but in seeing with new eyes”. We believe that these stories have helped you discover yourself with new eyes, for a new start. Don’t miss to learn more as you move ahead with this new beginning; undoubtedly, success is about continuous learning, a non-stop process from cradle to grave. Keep learning!
Get the Latest & Recommended articles in your Inbox

This Page Has Inspired
1034
People So Far..
Any facts, figures or references stated here are made by the author & don't reflect the endorsement of iU at all times unless otherwise drafted by official staff at iU. This article was first published here on 8th December 2016.
iU eMagazine
Editorial Team of iU eMagazine