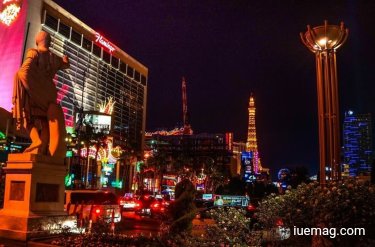 The recent technological advancements have played a significant role in the growth of casinos in the US. Internet and online gambling, for instance, have made it possible for many people to access these gambling sites in the comfort of their homes.

Besides that, there are other factors such as mouthwatering bonuses, low wagering amounts, and instant pays that are making people consider gambling as a way to earn quick cash. Likewise, the incorporation of Bitcoin as a payment method has had an unforeseen impact on the industry. Almost each Irish casino online offers more than 7 payment methods and bonus packages for new players and VIP clients.

The stated factors, among others, are the reasons behind the gambling sector’s ability to generate consistent income over the years. Likewise, the remote gambling sector hasn’t been left behind, and it is also thriving at an unimaginable level.

Investing in the sector is now confusing owing to the many firms available, especially if you are less experienced. It is, therefore, vital for you first to understand how the industry works before buying stocks here.

The investment can be likened with gambling, although with a better understanding, it is definitely more profitable. That said, below are the 5 largest publicly traded casino companies to watch for future investment plans.

At the top of the list is a company that has been in existence for the past 30 years. It is the largest casino company in the world, with annual revenue of $14 billion.

The firm deals with many amenity provisions, including entertainment, gaming, accommodation, as well as celebrity chef dining on 3 major markets, namely the USA, Singapore, and Macao.

Some years ago, the Chinese government corruption crackdown largely affected Macao casino activities, but recently, the regulations are on the drop, and more people are participating without fear.

The Macao market is currently thriving beyond expectations, and the company owns many major casinos here, including Sands Macao, the Parisian, Sands Cotai Central, and The Venetian Macao.

Besides that, the company is looking to venture into the Japan and Brazil market. However, the only positive to take from the report is the consideration to venture into the Japanese market as the population here is large and ideal for casino gambling. However, Brazil has a larger population, but they are still many years far from legalizing casino gambling.

The firm generates annual revenue of close to $9.5 billion with properties across the US and Asia. As per the MarketWatch, MGM International has proven dominant in the Las Vegas Strip from their ownership of casinos and arenas including;

The company provides extensive amenities, including hotel accommodation, fine dining, gambling, and entertainment, among others. However, the low revenue from casino gaming, according to Ann Holmes, has seen the company venture into the entertainment world.

The latest acquisition of T-Mobile Arena for concert and convention hosting is a clear example of the other ventures the company has dived into. The firm has successfully expanded across and outside the USA.

The ownership of Macao properties, which is on the upswing, is likely to boost the company’s revenues perfectly. There are also reports that the company is looking for a Japanese casino license, a move that’s highly likely to result in a lucrative venture.

Lastly, the firm’s revenue in 2018 was at $11.7 billion, and this was an 8.4% increase from the previous year. That said, a look into the current state of the company should help you easily make your investment decision. 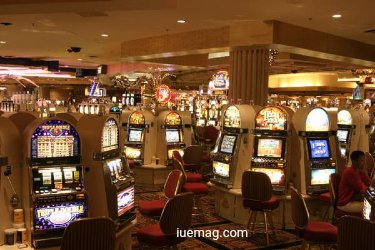 Since making the waves with the acquisition of PokerStars in 2014, the firm hasn’t reached such heights again. The company’s $4.9 billion acquisition never made the desired impact as the poker industry was on the decline at the moment.

Besides that, the company witnessed the stepping down of CEO David Baazov after insider trading allegations, as seen on The Globe and Mail report. This resulted in the company focusing on casino and sportsbooks product building with the aim of keeping online poker steady.

The new plans worked out, and the company now generates over 25% of its revenue from these casinos and sportsbooks. However, the firm’s earlier problems, especially the CEO insider trading allegations, have seen them change their name and headquarter.

Finally, the firm’s adoption of a new strategy of offering more than one poker is yielding significant results. 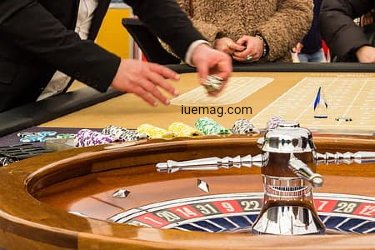 The company’s creation of luxurious casino brands from Vegas to Macau is highly commendable. However, their ownership of Macao properties saw them suffer the recession fate a few years ago, but that’s behind them now, according to Forbes.

The firm is now focusing on renovating the Wynn Las Vegas this year, which will see the resort reduce its gambling activities. Besides that, the company is building Wynn Boston Harbor, a $2.4 billion venue featuring 629 hotel rooms, convention space, restaurants, and retail outlets.

This is among the oldest companies in online gaming. The main reason behind having the firm into consideration for investment purposes is the way it hasn’t shown any slowing signs yet. The company has produced several top-ranking slots over the years including;

The company has ventured into the live dealer gaming space and feature in roulette as well as blackjack games. However, the firms focus on quality, and their flexible adaptation to industry trends will, undoubtedly, see them lead the online gaming world for years to come.
Get the Latest & Recommended articles in your Inbox

Conclusively, the casino industry is yet to reach its peak, which is the reason behind many companies venturing into the business and lobbying governments to legalize the trade. However, the main consideration before investing in the industry is understanding which company will make the biggest gain in the business. At the moment, Las Vegas Sand is steps ahead of the other casinos due to its success in obtaining gambling licenses. However, there’s an event to watch as these companies face-off in Japan after the issuance of casino licenses.
Copyrights © 2023 Inspiration Unlimited eMagazine

This Page Has Inspired
13142
People So Far..
Any facts, figures or references stated here are made by the author & don't reflect the endorsement of iU at all times unless otherwise drafted by official staff at iU. This article was first published here on 23rd February 2020.