How the Instant Pot’s Success Spawned a Raft of Imitators 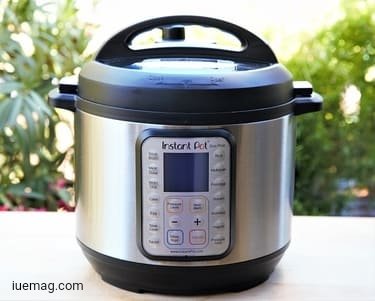 There are inventions and advances in technology that are so incredible they change peoples’ lives and the way you live completely. Things such as WiFi and the internet for instance. Now you can shop online, conduct your banking and finances from your laptop and even your telephone. While on the subject of the phone, the smartphone is another piece of technology that was unimaginable 20 years ago.

When the iPhone was launched it brought with it a load of copies. Not only did the competition rush to release rival touchscreen phones but some just decided to release fake iPhones instead. Products like the iPhone, Rubik's Cube, wireless headphones, and even platforms such as Netflix always lead to imitators and competition.

The Instant Pot has done something similar but this time in the kitchen. It has had incredible success when you consider it is just a small kitchen appliance but the competition has been keen to follow in its footsteps.

Is the Instant Pot original?

Multicookers themselves are not new at all. They can be dated back to the 1920s in the UK as an appliance that could save money on gas bills. It wasn’t until maybe the 1950s in Asia and specifically Japan that something resembling the Instant Pot appeared. The rice cooker was already popular but when manufacturers started to add other features to them, then they became something else entirely.

The one appliance that most often gets compared against the Instant Pot is the Crock-Pot. There are similarities in design but the Crock-Pot is a slow cooker whereas the Instant Pot has many more features, depending on which version you buy. So what about the rest of the field? Does it stand up against them or will it be taken over by the competition, and why did it become so popular?

The success of the Instant Pot: 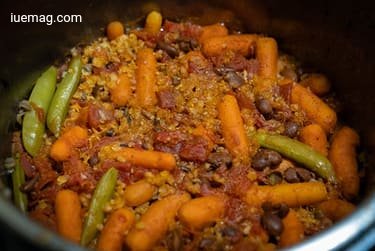 Four friends decided to get together and design a multi-cooker. Robert Wang, one of the trio is credited as being the inventor of the Instant Pot which was the result of 18 months of planning and development. He saw a way to change how people cooked and how they viewed their kitchen appliances. Instead of having multiple appliances, utensils, and gadgets in the kitchen you could now go out and buy one cooker that could fit on the counter and cook in multiple ways.

When people choose kitchen appliances that can help you to cook healthily then the Instant Pot will be on the list. Apart from being a useful appliance it also cooks without oil and reduces the amount of energy used making it healthy and eco-friendly at the same time.

What happened after the Instant Pot?

Watching the sales records of Instant Pot, competitors couldn’t help but want to join in and grab their share of the market. One way to do that was to look at where the Instant Pot failed.

Although the Instant Pot can cook in many ways and the newer models have ever more features there were some areas that the rivals felt they could exploit. The Air Fryer was launched very soon after the Instant Pot and you can see a comparison on Corrie Cooks.

The Air Fryer looked at what was seen as a weak point in the Instant Pot and that was the failure to fry properly or to crisp up food. Most people like their French fries crispy and for all the Instant Pot’s tricks, it couldn’t do this. The Air Fryer cooks with circulated air at a high temperature to imitate fried food in a healthy way.

There are of course many alternatives to the Instant Pot now and they each have their plus points. The Ninja Foodi is one pot that is vying to grab its share of the market and has a version that crisps food better than the rest. Other brands have tried to take their spot by being the easiest to use or to be able to serve the largest portions.

One thing remains though, the Instant Pot is still the most popular and for an appliance that broke Amazon Prime Day records it will take some beating. Breville, T-Fal, Yedi, and Presto are all fighting for their space. It is curious to see how pressure cooking, which was going out of fashion after the 1950s has again taken over the kitchens of America and further afield. Maybe it is because people are looking for energy-efficient ways to cook or for lower-fat meals to have a healthy diet for a healthy heart.

Many products spawn rivals and the Instant Pot seems to have done the same. The Crock-Pot can sear meat better and there are cheaper versions than the Instant Pot but through its range of accessories and new features, it appears that it will keep its following.
Get the Latest & Recommended articles in your Inbox

Subscribe!
It can cook healthily which appeals to many and if you want to make healthy BBQ then the Instant Pot can help by tenderizing the meat before you add it to the grill for that outdoor cooked taste.

This Page Has Inspired
1068
People So Far..
Any facts, figures or references stated here are made by the author & don't reflect the endorsement of iU at all times unless otherwise drafted by official staff at iU. This article was first published here on 21st February 2021.