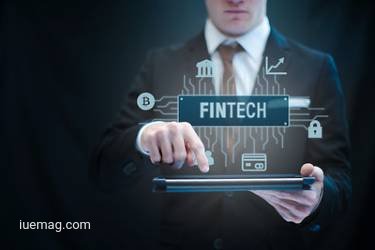 India’s FinTech sector is among the fastest-growing in the world. There is an exponential growth in this sector in the last five years following the push from the government as it falls in line with its vision of creating a ‘Cashless Economy’. November 8th, 2016 is marked as a historical date, as Demonetization was announced in the country. It made all the Rs.500 and Rs.1000 notes invalid. This propelled the adoption of the online medium for transactions.

The Covid-19 pandemic has been another landmark. The need for social distancing forced people to avoid cash transactions and opt for digital transactions instead. Both these factors contributed to the growth of the FinTech sector. It also led to the rise of many mobile payment platforms in the country. With an adoption rate of 87%, India has the highest FinTech adoption rate globally. According to InvestIndia, the Indian FinTech sector is currently valued at $31 billion. It is projected to grow at a CAGR of 22%, to the value of $84 billion by 2025.

Here is a list of 10 mobile payment platforms in the country that are not only facilitating digital payments and online transactions but making the financial services accessible to us at a click of a button:

Paytm (abbreviation for ‘Pay through mobile’) is India’s largest mobile payment platform. Its parent company is Noida-based One97 Communications which was started in 2010 by Mr. Vijay Shekhar Sharma. Paytm had a modest beginning that allowed prepaid mobile recharge & DTH recharge through the platform, but has grown on to become a multinational Fintech and eCommerce company since.

Paytm is currently available in 11 languages. Paytm offers utilities like mobile recharge, bill payments, travel tickets booking, movie tickets. It also offers a wallet to store money and execute amount transfers to a contact’s wallet. It also enables you to make payments for grocery shopping, restaurants, tolls, or any other purchase through a ‘Scan QR’ feature that allows you to make payments either from your wallet or directly from your bank account through UPI. Currently, more than 20 million merchants across the country use Paytm’s QR Code payment system.

Paytm is India’s most valuable Fintech startup with 337 million registered users, and it processed 1.2 billion transactions in February 2021. Paytm is set to open its IPO on November 8th, 2021, and it is projected to be India’s biggest IPO as the company plans to raise Rs.18,300 Crores through it. 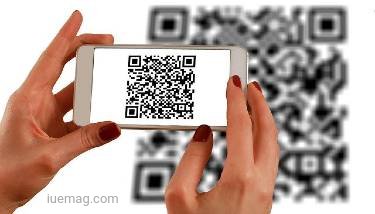 PhonePe is another popular mobile payments platform in the country. It is a Bangalore-based venture founded by three friends: Mr. Sameer Nigam, Mr. Rahul Chari, and Mr. Burzin Engineer in 2015. They quit their jobs at Flipkart to bring this company to life. In less than a year, it was acquired by Flipkart.

PhonePe is a UPI-based payments platform that allows you to make payments directly from your bank through the UPI. Post the acquisition of Flipkart by Walmart in 2018, PhonePe has witnessed staggering growth. According to data NPCI in April 2021, PhonePe has emerged as a market leader in digital payments. It had processed 46.4% of the reported 2.5 billion customer transactions. By December 2020, Flipkart has spun-off PhonePe as a separate legal entity though still holding 87% of its ownership.

Users of PhonePe can make payments through UPI, send and receive amounts, pay bills, shop online, book flights, make investments, etc. The users can also order groceries, medicines, food, home repair & cleaning, etc. directly from the app. It currently has over 280 million users and its QR Payments system is being used by over 17.5 million merchants across the country, making it one of the most valuable Fintech startups in the country.

Google Pay (formerly known as Tez) is the platform launched by the multinational giant Google to step its foot into the Fintech sector globally. Mr. Sujith Narayan and Mr. Sumit Gwalani are the brains behind Google Pay. It was launched in 2015 as Tez and then renewed & rebranded in 2018 as Google Pay.

Google Pay was originally called Andriod Pay which was built with Google Wallet as the base. In 2018, it was decided to club Android Pay and Google Wallet into one, and the product was named Google Pay. Earlier known as Google Tez (a mobile payment in India), it paved the way for Google Pay which came with a whole lot of other offerings targeting the Millenials in India. Google Pay is available in 40 countries currently.

Google Pay has fared against the competition by Paytm and PhonePe. In the March 2021 report by NPCI, with processing 827.86 million UPI-based transactions, Google Pay had a market share of 36.11%. 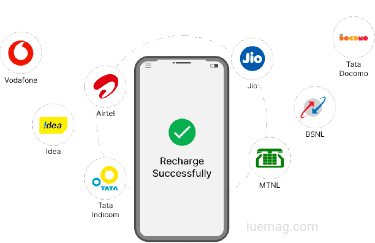 With 450 million users from India on the platform, there is no doubt that India is the biggest market for the Facebook-owned messenger service Whatsapp. It was launched in Brazil as the first country in November 2020. It was simultaneously launched in India as well. But given the uncertainly of regulations, the National Payments Corporation of India (NPCI) has limited its roll-out to only 20-million users in the country.

So, if you haven’t got Whatsapp Pay, you aren’t alone. The roll-out of Whatsapp Pay is expected to happen in stages. Once rolled out completely, Whatsapp Pay has the potential to create a dent in the Fintech & mobile payment platform sectors in the country.

Founded in 2009 by the couple Mr. Bipin Preet Singh and Ms. Upasana Taku, Mobikwik is another well-known Fintech startup. It started out by offering mobile recharges through the website, but has expanded its wings to providing a wallet and other financial services through an app. In 2012, they launched their digital wallet enabling users to store money and fulfill their bill payments and other expenses, making it a mobile payment platform.

Mobikwik has already received the nod from SEBI over its Rs.1900 Crores IPO.

Freecharge is a silent but still quite an operational payment platform in the country. It was founded by Mr. Kunal Shah and Mr. Sandeep Tandon in August 2010 to facilitate mobile recharge payments through an app. In 2011, Freecharge was named among the most promising technology startups in the Fintech sector by Pluggd.in.

Freecharge was acquired by Snapdeal in 2015 for $37 Million (Rs.2800 Crores) and then by Axis Bank for $60 Million in 2017. Freecharge has almost 12 Million subscribers (in 2021) using the platform. Apart from facilitating mobile recharges and bill payments, Freecharge offers a wide array of financial services, including Personal loans, Mutual fund investments, UPI Payments, and even Pay Later plans. 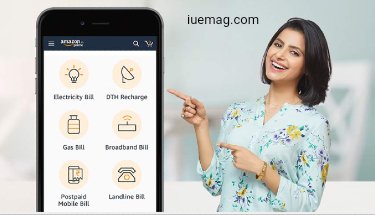 Amazon Pay is the mobile payment platform launched by the eCommerce giant Amazon India in February 2019. It has been launched specifically for Indian users. With the digital payments market in India expected to reach a $135.2 billion valuation by 2023, Amazon Pay is an effort to cash into the growing market in the country.

With Amazon Pay, the users can make payments for their online purchases on Amazon India, recharge mobiles, pay bills, and send & receive money transfers from other contacts as well.

BHIM UPI (Bharat Interface for Money) is the mobile payment platform developed and launched by NPCI on December 30th, 2016. It was launched in line with the vision of the Government of India to build & facilitate cashless transactions. It is based on Unified Payments Interface (UPI), the real-time payments infrastructure developed by NPCI itself.

With BHIM, you can make payments using the QR Code scanner, send & receive payments using the UPI ID, or with a bank account number with the IFSC of the other party. The UPI infrastructure developed by NPCI is the base of all UPI-based transactions on other platforms like Paytm, PhonePe, Google Pay, etc. As per the reports, as of June 2021, the number of transactions through the BHIM app was over 22 million and the transaction value fluctuated around Rs.70 billion.

Yuva is a unique mobile payment platform launched by YES Bank in June 2020. The fact that distinguishes Yuva pay from other platforms is that it is designed as a new payments platform that can be used to make payments with or without an internet connection. The company plans to empower 500+ million users from rural areas and Tier-2 cities who are Un-connected and Un-banked.

Yuva Pay works on both smartphones and feature phones. The users only need their mobile network to make the transaction. It provides the users with a wallet and BHIM UPI features. They can scan QR codes offline and make payments at nearby stores. They can also make payment of the utility bills like electricity, Water tax, DTH recharge, mobile bill payment/recharge, and other expenses from the platform.

PayZapp is the mobile payment platform launched by HDFC Bank in 2015. It gives you the power to pay in just one click. With PayZapp, the users can pay utility bills, buy movie tickets, book flights & hotels, and shop on your mobile at their partner apps.
For grocery shopping, they have partners like BigBasket, Grofers, & SUPRDaily; for your food deliveries, they have partnered with Swiggy, Zomato, Domino’s, and Freshmenu. They have covered travel for you as well, you can book your travels through goibibo or MakeMyTrip. For online shopping, you can shop at Myntra or igp.com. You can link a debit or credit card of any bank with PayZapp.

The affordability of smartphones and internet technology is fostering the growth of many internet companies. It is the base for the exponential growth of these mobile payment platforms that are driving India towards the digital economy. These platforms have eased online transactions by enabling them to execute the transactions with just a few clicks.

What are your thoughts on the growth of Fintech and these digital payment platforms in the country? Do let us know in the comments below.

Image 3: Image by Pay1﻿
Get the Latest & Recommended articles in your Inbox

This Page Has Inspired
1036
People So Far..
Any facts, figures or references stated here are made by the author & don't reflect the endorsement of iU at all times unless otherwise drafted by official staff at iU. This article was first published here on 16th February 2022.
Kunal Jain
Kunal Jain works as an Outreach Specialist at iU