10 Facts You Should Know About Cryptocurrency 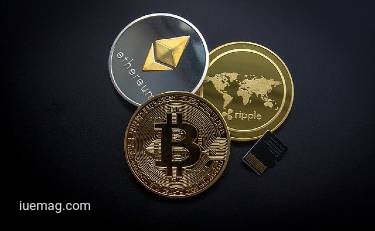 Cryptocurrency is the buzzword in the finance sector all across the world. In simple terms, it is a virtual currency that can be used for payments or transfers to another person or an organization without involving any governmental body or a bank. These can be considered as parallel currencies of the world, other than the standard ones that we are used to dealing with.

Several businesses accepting payments in these currencies and the scope of a higher return on investments have gotten millions of people excited about it. Here are 10 facts that you should know before you get into it:

The word ‘Crypto’ is derived from the Greek language, and it means ‘hidden or private’. The origination of cryptocurrency dates back to 2009 when the first research paper- ‘Bitcoin whitepaper’ was published by a person called Satoshi Nakamoto. Upon investigation, it was found out that it is a pseudo-name, and the real name & identity of the person (or a group) who created the first Bitcoin (the first Cryptocurrency) still remains an unsolved mystery.

2. Cryptocurrency is a digital asset:

Unlike any other standard currency, cryptocurrencies aren’t physical assets. Rather these currencies are virtual. The buyer gets an account in a wallet loaded with the number of currencies he/she owns. The wallet operates much like a bank/payments wallet enabling the user to make payments using Bitcoins. Starbucks, PayPal, Microsoft, Expedia, and Tesla are some of the major organizations that accept payments through cryptocurrencies like Bitcoin.

Cryptocurrency is the infrastructure that facilitates peer-to-peer financial transactions without any middlemen like Banks in the chain. The decentralization provided by cryptocurrencies is one of their major benefits that interest large organizations. No central banks and central governments have any authority over cryptocurrencies and their transactions. The currencies are free from the Governments’ manipulation and control. 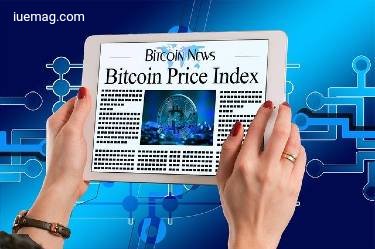 Although Bitcoin is considered the most popular Cryptocurrency, it is a little-known fact that there are almost 5000 currencies across the globe. Due to the hype and attention on cryptocurrencies, people and organizations are jumping on the bandwagon with their own currency. Though most of these currencies don’t hold any value currently, some people still purchase them with the hope that the one they have might get picked up as well. Dogecoin is an example of the same. It was created as a joke, but is witnessing exponential growth, especially after Elon Musk, the billionaire & owner of companies like Tesla and SpaceX has endorsed it. According to Forbes advisor, with a market cap of over $821 billion, Bitcoin tops the chart of popular currencies, followed by Etherum (Market cap of $353 billion), and Etherum (Market cap of $68 billion).

5. Cryptocurrencies are unregulated & Volatility of value is high

The biggest benefit of cryptocurrency can also sometimes prove to be a disadvantage. Since Cryptocurrencies aren’t regulated by Governments or Banks, they wouldn’t be able to come to your rescue in case of theft or fraud. Due to no regulation, these currencies are highly volatile. The value of these currencies can fluctuate depending on various factors, as simple as a tweet by an influential person.

Cryptocurrencies are built on the Blockchain infrastructure. Blockchain is a digital and decentralized ledger technology that records the transactions related to payments and transfers safely and efficiently. The data is stored in a set of hard drives and storage spaces (called ‘Blocks’) distributed across the world. This way, accessibility of data is completely restricted, and hence reduces any data breach attempts. Blockchain is a secure technology.

7. Cryptocurrency is illegal in many countries: 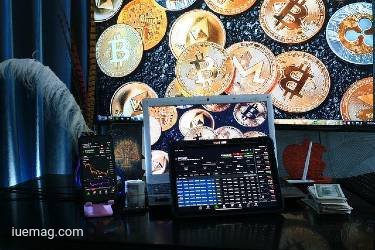 8. There are over 300 Cryptocurrency exchanges across the world:

Despite the inhibitions of people due to the lack of regulations, the Cryptocurrency market is witnessing exponential growth. According to Valuates Reports, the global cryptocurrency market size in 2020 was valued at $1.49 billion. It is estimated to reach $4.94 billion by 2030, growing at a CAGR of 12.8% from 2021-2030.

10. Profits from Cryptocurrency investments are taxable:

Depending on the region you live in, the profits earned from the trading of cryptocurrencies can be taxable. Though these currencies are unregulated, it would be naïve to assume that we could pocket all the proceedings. The tax authorities have an eye on your profits. For example, in India, the profits from trading bitcoins might be considered as a business income if traded frequently or as capital gains if you have held the coins for investment purposes.

The rise in the value of Bitcoin and other cryptocurrencies is an indication of the rising interest. The value of Bitcoin was $0.01 when it was launched. It reached $10000 by Feb 2020 but has increased by 400% to $50000 by Feb 2021. Many countries have opened their doors and accepted these currencies though they may not have received a legal tender except El Salvador.
The markets and value of these currencies are estimated to increase, and they are projected to become more mainstream with time. The objective of this article was to cover the basics. If there is any information about crypto that you would like the world to know, share it in the comments below.
Copyrights © 2023 Inspiration Unlimited eMagazine

This Page Has Inspired
1048
People So Far..
Any facts, figures or references stated here are made by the author & don't reflect the endorsement of iU at all times unless otherwise drafted by official staff at iU. This article was first published here on 18th February 2022.