The Wounded Inner World Of Childhood

This Page Has Inspired
1270
People So Far..
The psyche only has a calculus of subjective prejudices It lacks the immense advantage of an Archimedean point such as physics enjoys. The latter observes the physical world from the psychic standpoint and can translate it into psychic terms. The psyche, on the other hand, observes itself and can only translate the psychic back into the psychic...
Carl Jung

As young heroes setting out into life, we relate to our world through our sense perceptions. We touch, taste, see, hear, and possess the gift of smell. Through these five senses, we learn about and define our physical environment. We also have a sixth sense, a psychic or emotional sense. This is an organ of subtle perception that enables us to feel the unseen. This is the bridge into Psyche's world where we glimpse another reality. In her world, things are not measured against physical reality. Psyche's world has nothing to compare itself with. Her world is timeless, though co-existent with the waking world of phenomenal reality. 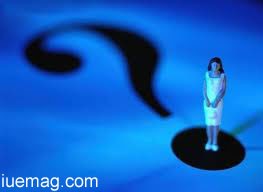 The psychic sense is a nebulous thing. Often, it is not valued by the physical world. Yet it is extremely sensitive, relating to those unshaped, unknowable things that lurk beneath the world under-mind. Psyche's world is filled with ghosts of the past that live on in emotional thought-forms, whose fleeting specters are caught at the edge of vision, out of the corner of the eye.

The psychic sense enables us tacitly to receive emotional images from each other. It is our feeling connection with the inner world, the organ through which we perceive the atmospheres that move between subjective and objective realities. As we pass into adulthood, we split-off from the imaginary world in order to enter fully into physical, rational reality. The sixth sense is then neglected, psyche's gift often despised and underdeveloped. A top class psychic reading like that which is suggested by www.mercurynews.com could give us some insight into this inner world but that's not all, right?

Children sense those things that lurk beyond the horizon of the safe, physical world. Psyche fills a child's dreams with creatures from that other place. In such an atmosphere, the seedbed of childhood grows brilliance and imagination. Children live in a world of emotional atmospheres in which the demons lurk always ready to take possession. Childish eyes, big as moons, can penetrate the gloom of gathering shadows. Ghosts hide in the wardrobe and come out as soon as the light is out, dark and menacing. A child is afraid to get out of bed and run to comforting arms. Terror, the cold demon-in-waiting under the bed might extend icy fingers to grab a tiny ankle.

A child's emotional intelligence reaches upstairs into the attic to touch every buried thought and memory that floats there. No packing case, or hidden chest, or discarded garment is too much effort to feel out. From attic to cellar, an emotionally inquisitive child feels it's way deep into those secret places where people discard and bury old feelings.

A child's lack of psychic perspective shows in drawings. Tiny trees and huge houses, big fat mummies with small heads, and tall, skinny daddies with large heads express a child's inner landscape. We might say this is because of a child's lack of drawing skills. Perhaps another way of looking at it is that the child is expressing the way she perceives reality.

Mummy may have a large body and a small head because a child relates entirely to the body of mother. Daddy has a large head and skinny body because the body of father might not play much of a part in a child's physical and personal nourishment. The house looms large in a child's psyche because it is more important than a tree. It is home and shelter.

The unnamed fear or hurt in the parent's psyche becomes a giant bogeyman of fear in the child. Not only does a child have to contend with his/her own hurts; she absorbs those passed on from a parent's unconscious. Unresolved tension, unexpressed emotion, and repressed anger lurk about the house to threaten a child's emotional sense of security. Parent's resentments, frustrations, unrecognised guilt, insecurity, and un-dealt-with hurts make an impact upon a child's sensitive feeling being. All a child knows is an emotional sense of fear and threat.

Emotional reverberations ripple throughout a child's inner feeling world like the circles of cause and effect, like stones thrown into a lake, or puddles that are jumped on to make them splash. They are stab wounds in the dark, psychic attacks from unseen monsters passed through bloodlines. Such habitual patterns of thought are the emotional and psychological DNA of the psyche.

These relic contents passed through family at-mospheres mold a child. The happy and healthy thought-forms, or those dark and laced with threat and sickness of spirit, shape us from within and determine who we shall become.

They are powerful relic contents of the psyche passed on through atmospheres that remain totally out of perspective because of the immaturity of the sixth sense. Childhood fears cannot be rationalised or removed. They live on as looming shadows, unnamed and unspoken.

Powerless against the dead weight of the unspoken word, tacit expectations are hidden enemies that take on monstrous proportions. Growing children cannot confront them. They hang stagnant in the air, silent and suffocating. Sometimes, psychic wounds are more difficult to identify than physical ones and are often harder to heal. Headaches, hay fever, asthma, backaches are often related to the development of negative coping mechanisms that could cast their shadow over adult life.

Negative coping mechanisms often manifest as somatic symptoms. It is often easier to develop symptoms rather than confront underlying spiritual, bloodline, psychological issues. Often, we are trained out of feeling, not taught how to become emotionally competent. We have been taught instead to deny emotional pain.

The urge to survive makes its demands on the wounded child. It forces the child to split off from its own Psyche. In so doing, what might have been an individuating ego begins instead, to disintegrate.

Denial happens naturally, in a moment of over-whelming emotional pain, when fate stamps its claim upon its victim. And the potential we might have realised is crushed beneath the weight of fate's dark and heavy hand. There is often a moment of conscious recognition. This is the moment when fate overwhelms the little budding self. In a fleeting moment we know what the world wills for us. Momentarily, we have awakened to suffering.

Most people do not remember this moment. But, in this moment is found the key to Psyche's world, in which our fate is determined. Fate, the impostor, rapes the psyche. The bargain is sealed, our fate agreed to, in the moment of denial, in the moment of emotional reaction to intervening circumstances. Fate makes us its victim. It plays us out, forcing us to repeat the past, over again.

Destiny is our future. In the seeds of destiny is the undiluted potential of all we might be. But these seeds are buried beneath the weight of that earliest experience. There they lie, dormant, waiting to be touched by a consciousness that has dissolved fate's imposition.

Pain we experience as children, either subtly, or physically, is too great, too overpowering. With no other way to cope with it, we will deny it. Ancestral complexes will be recreated in our unconscious. These are our psychic inheritance that will mold us from within and determine who we will become.

But what of Psyche? Is she important? Should we pay heed to her language of images, symbols, dreams and nightmares? Pre-verbal, pure, unformulated, relating only to itself, the language of Psyche is unaffected by linguistics, without physical form or structure.
A budding emotional intelligence, a creative imagination, inherent wonder, hope, perception of beauty, and possibility of self-transformation also exist in potential within the psyche of a child. Myths, faery-tales, allegories and metaphors passed through the ages convey these timeless themes in the attempt to leave a legacy of wisdom to future generations.

Many of us who were victims of child abuse would not have survived without them. Through them, we are enabled to dance once more in the light of childhood, remain in touch with the inner child that cannot be despoiled, deepen compassion and understanding, become better parents and grandparents, and strive to be the very best we can be.
Copyrights © 2023 Inspiration Unlimited eMagazine

This Page Has Inspired
1270
People So Far..
Any facts, figures or references stated here are made by the author & don't reflect the endorsement of iU at all times unless otherwise drafted by official staff at iU. This article was first published here on February 2012.
Dr. Niamh Clune
Dr. Niamh Clune is a contributing writer at Inspiration Unlimited eMagazine
Unverified