The 4YFN Awards 2016 recognises the year's most innovative digital projects

This Page Has Inspired
1231
People So Far..
Some 600 startups have signed up for the 4YFN Awards 2016
Barcelona, London, Madrid, Berlin, Paris and Tel Aviv are the cities with the most representation at the competition
The Global Mobile Innovation Tournament, sponsored by 4YFN and IBM, will also hold its world finals at 4YFN 2016

The 4YFN Awards, the mobile startup competition to be held at 4 Years From Now (4YFN) from 22 to 25 February, has closed its registration process, having secured the participation of about 600 startups. The organisation received a total of 573 entries from 52 countries on five continents. 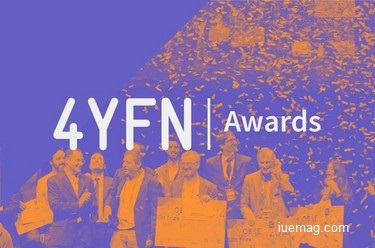 Like every year, the 4YFN Awards 2016 consist of three competitions coinciding with 4YFN’s three thematic pillars: Disrupted by Mobile (22 February), the Internet of Things (23 February) and Digital Media (24 February). The 24 finalists – 8 for each of the categories – were selected by a panel of experts in the fields of Entrepreneurship, Innovation and Finance, and by the co-founder of F6s and Tech.eu, Jon Bradford, the Awards’ new MC. This year the fields of Advertising and Communications prevail, accounting for the largest number of startups, followed by Finance and Health. Other prominent sectors will be ICT and Telecommunications.

The 4YFN Awards will also stand out once again for the presence of international startups in each of the contest’s different categories. The most represented countries are Spain, the UK, Germany, the USA, France and Israel. As in previous years, Barcelona remains the city presenting the most projects, followed by London, Madrid, Berlin, Paris and Tel Aviv.

Disrupted by Mobile, the first 4YFN Awards 2016 competition, will have 8 finalists that will present new tools for traditional industry in response to the emergence of mobile technologies in their business environments.


The second competition of the 4YFN Awards 2016, focusing on IoT, will showcase the latest trends in hyperconnected objects:


The Awards’ last competition, Digital Media, is composed of 8 projects featuring new ways to operate, generate and consume content. The finalists are:


The world finals of the Global Mobile Innovators Tournament

4YFN 2016 will also host the world finals of the Global Mobile Innovators Tournament, organised by 4YFN in collaboration with IBM. This is an international competition that drew participation by a total of 1,200 startups and developers, who aim to promote the development of innovative solutions related to the Internet of Things (IoT).

The tournament is divided into three large categories: Smart Homes & Buildings, focused on adapting technology to the home, Connected Travel & Transportation, focused on projects that incorporate technology into the Transport sector, and Smarter Healthcare, centring on the use of mobile technology in the field of Health. Participants leveraged the IBM Bluemix platform and received access to the IBM IoT Foundation and MobileFirst platform during the tournament to build and deploy robust IoT mobile solutions that address pressing global challenges. After the regional Demo Days in Bangalore, Los Angeles, Toronto, London and Amsterdam, the panel proceeded to select 15 finalists for each category:

The finalists for the Smart Homes & Buildings category are:


The finalists for the Connected Travel & Transportation category are:


The finalists for the Smarter Healthcare category are:

Throughout the year, 4YFN’s team deploys a full spectrum of activities aimed at building tech startup communities. The highlight of the programme is 4YFN, held alongside Mobile World Congress, in partnership with the GSMA. This event has become the world’s most influential startup event devoted to innovation in the digital ecosystem. The next edition will take place on 22th-25th February 2016 in Barcelona.
Get the Latest & Recommended articles in your Inbox

Mobile World Capital Barcelona is a shared vision and collective action to transform Barcelona into a mobile and digital hub and to improve people’s lives. With the strong support of the public and private sector throughout Barcelona, Catalonia and Spain, Mobile World Capital Barcelona focuses on changing the economy, education, healthcare and lifestyles through four programmes: Entrepreneurship and Innovation, mSchools, mHealth, and Smart Living.

This Page Has Inspired
1231
People So Far..
Any facts, figures or references stated here are made by the author & don't reflect the endorsement of iU at all times unless otherwise drafted by official staff at iU. This article was first published here on 9th February 2016.