Being a 'social worker' is not the only means, to help and empower people around. Read the story of the lady who is a role model to a lot of women from across the globe who feel it is impossible to start a journey as an entrepreneur after a certain age! Her love for literature has today led to creating jobs for many women!
This Page Has Inspired
1463
People So Far..
Born in a family with a background of freedom fighters and police officers, her heart craved to help people around. To help every person around in some way possible was a vision born in her blood, passed on through genes.

She recalls her childhood days, at the age of 10 when she had a lot of love for writing. Her small write-ups inspired her father to get it published and let the world know about his daughter. With not much knowledge about publications, he continued to approach many newspaper publishers, who rejected the write-ups not because it was not good, but because the write-ups had so much maturity that they didn’t seem like the ones written by a child of 10 year of age. As the rejections continued, her dream to become an author only became stronger. 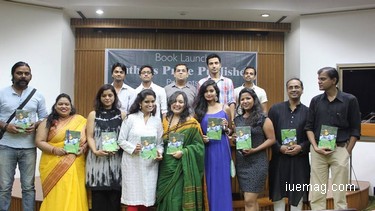 It was once when she was admitted in the hospital due to her physical health problems (she is a chronic asthma patient), she recalls, “I was made to stay at the ICU, at that time, when I felt I could still do something although my body was at rest. I remember, I wanted to continue to write although I did not have much of a physical strength. I also remember times when I was treated by nebulization machines; I continued to write with the mask on. That made people around me understand and realize the love I had for writing”.  As shared earlier, her thoughts to help the society in some way possible continued to grow in her mind. That was when she decided to write to empower people from different sections of the society. She began to write poems based on human sensitivities and issues like environment, women’s placement in the society, street children, orphans, infanticide and importance of education. Bringing all these poems, she wanted to publish them altogether in a single book, naming it ‘Beats of Beauty’. As she began to look for publishers, there were people who criticized her just because she was a woman.  At times, when the publishers agreed, it was hard to afford the huge amount of money for the publication. When she happened to discuss about the situations with her friend, Rajwinder Kaur Bains and her husband, they consulted and helped her to start a publication of her own. 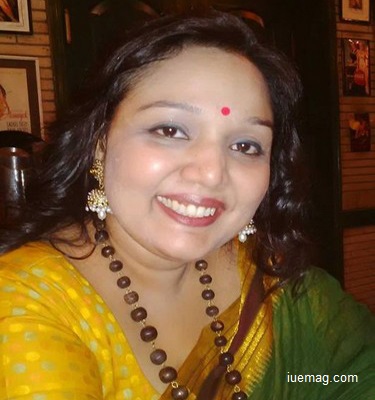 Having worked with various media houses earlier, she had, by then learned about publications. Her dreams to help people by creating jobs and to become a writer, led her to the founding of a publication, along with a friend of hers - Ms. Rajwinder Kaur Bains.  Her first book - ‘Beats of Beauty’ got published through her own publication, which not only increased her confidence, but also her responsibility to help more women.

Meet Ms. Rajul Tiwari, Managing Editor and Co-Founder of Authors Pride Publisher Pvt. Ltd, an all women publication that inspires and empowers women to utilize their time to write.

Having inspired a lot of women to start writing, it was the responsibility of the publication to ensure it had to be distributed to online and offline retailers. She recalls,  “I remember going to shops and the distrubuting books myself. It was almost like a one woman army; I had to take up a lot of responsibilities single-handedly. Travelling in autos to every retailer in Lucknow along with my son who was at the age of 6, still reminds me of the hard work and efforts that went in cracking sales. A lot of men wouldn’t agree just because of the reason that it was a publication owned by women. Another reason might have been the fear of women publishers and their growth, because there weren’t many women publishers of books at that time, although there were a few into magazines and newspapers. So, seeing us, they might have anticipated the growth of women in the industry as well. Coming back, it was a lot of hard work and efforts that took us a long way. A belief that the day will someday come when we would get more people buy our books, continued to make us give it all day and night to make it happen. We started connecting to more women to sell as well. Now, we have people of all kinds buying our books. Our team grew as we continued to gain recognition. We continued to encourage ladies at home, to start writing whenever they found time. We have writers from various parts on the country including Bangalore, Rajasthan and we also have an author from Dubai who continues to write.” 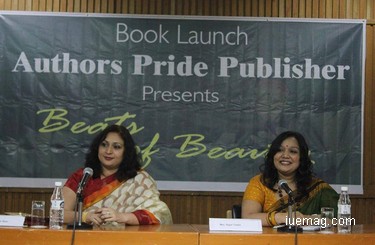 Having had a vast experience as a traveller, author and as an educationist, Rajul had excelled in guiding people and understanding  the needs of the society. She realized that there are more women who would certainly grab this opportunity to write, incase the opportunity reached them. To help them receive opportunity, she continues to work harder and give her efforts to go international and help the women out there, from across the globe. Challenges including finances, health, criticism and management of the family, could not just stop her to inspire more women. Infact, her motherhood inspired her to help more people she says, “I did not want my son to grow up like a normal child. I wanted him to know that every mother sacrifices the whole of her life to grow her children in the best way. I wanted him to not just grow with his increasing knowledge, but also wanted to instill in him, the thought s to serve the society and to help others.”
Get the Latest & Recommended articles in your Inbox

Subscribe!
With that, Rajul shares that she dreams to be the reason to create more women entrepreneurs like herself.  She believes that women have the utmost power to do anything in this world that is sure to depend on women at one or the other phase of life. “Life has to continue to cross hurdles. The will power to cross them is what proves our strength. It’s never too late to start! If I could start at the age of 34, anybody can; If I am able to manage my business along with my family and as a lecturer, anybody can. Human potential does not have any limit, especially if you are a woman, you have much more power and experience” are her thoughtful experienced message to aspiring women entrepreneurs. The belief to stand as an example continues to push and drive her towards success. The world needs more women like Rajul Tiwari, who once again proves that neither does age nor financial status decides the future, but belief and effort does!
Copyrights © 2023 Inspiration Unlimited eMagazine

This Page Has Inspired
1463
People So Far..
Any facts, figures or references stated here are made by the author & don't reflect the endorsement of iU at all times unless otherwise drafted by official staff at iU. This article was first published here on 6th February 2016.
IJ Kavyashree
IJ Kavyashree is a contributing writer at Inspiration Unlimited eMagazine.