Meet one of the very few viners of India with more than 86,000 followers on social medias, being the reason for many to laugh and forget their pains through his vines. Read on!
This Page Has Inspired
24461
People So Far..
Eliciting a flash of smile, or a giggle, which carries great momentous merriment, that too from an absolutely invisible audience; one can say is a job of a great performer, but what about a performer who is taking this effort every single day? A performer who is present for his audience, at surprising hours with delightfully humorous content making the viewers go into flavours of laughter.

Here is Ashish Chanchlani, one of the leading viners of India, who carries on making crazy comic vines on instagram and is an absolute rage among his fans. 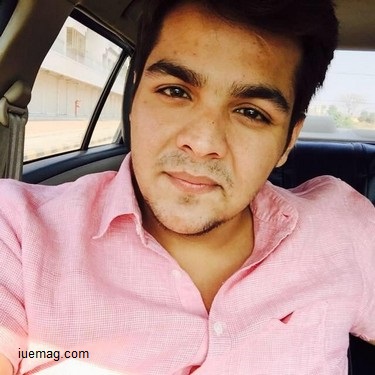 Ask him what is vines and he says,“A vine is a 6-15 second video, that captures a situation, and is also sensible enough for the viewer to understand.” This angel faced, and ever smiling vine maker currently has more than 86,000 followers on instagram and facebook. Behind this success is his never to quit attitude, that makes him stand where he is today. Acting was his passion, and his ultimate goal was to become an actor.

Recalling his childhood he says, “I was a very average kid, not very active in school, I do remember how it was back then. I always wanted to act and entertain people; but in school, other kids were always preferred over me. I was a healthy child and that was why I was humiliated. It wasn’t a very happy period of my life. Despite of having the passion for acting, I couldn’t make it to the stage. But I had mad love for movies. It was quite enhanced as my father owned a single screen theatre. I have seen the era of people throwing coins onscreen, when an actor comes to the era of multiplexes. So, all my life I have studied acting, by sitting in a theatre and watching movies. It felt like I was a part of it. Akshay Kumar was my idol and he has had the biggest impact on me. I have always looked up to him as an actor and a comedian.”

In the course of time, Ashish won various awards for mono-acting and completed his schooling with good scores when he opted for science stream. He complained several many times of not wanting to study, and rather move on to acting, but his father enlightened him saying that one should always have a formal education, no matter which ever field he may be interested in. That definitely gave Ashish a different lookout at education. Scoring well in his high school, he entered civil engineering. It was now, when Ashish faced his first failure. He flunked in one of the subjects in his first year. This was a phase when he was totally shattered. With his dream of becoming an actor going nowhere and the downfall in his academics caused him depression and irritation. He started feeling worthless and detached from his passions. Taking this all in, he moved on. And now there came a very significant change in his second year. He joined the college committee, and acquired the position of an event head, which boosted him in an efficient way. He hosted many events, which got him various platforms to present his speaking as well as acting skills. Finally he gained his confidence back.  He started getting a grip on himself and that was a turning point for him. Joining the Barry John acting studio, he sharpened his acting skills, where he realized that there is some potential in him and it was then when he discovered what is vine.

Sharing his experience he says, “I remember the first vine that I ever saw. It was made by David Lopez. It was so funny, I just loved it. The first thought that came to my mind was, can I make a vine myself? It was shocking and even disappointing, when I found no Indians into the vine-making business. This felt like a challenge to me, and I decided that I will bring the vine trend in India.”

Ashish made his first vine and unfortunately didn’t receive a positive feedback from the viewers. The reviews were constant for many consecutive vines. But that didn’t stop him to keep going on. He did a lot of research and improved on his themes. Slowly people started liking it, and then it was no stopping for him.
Get the Latest & Recommended articles in your Inbox

Subscribe!
“Once, someone sent me a photo of a girl with a fractured leg, with the caption reading, “she is watching your vines and is feeling quite relaxed”. That was like a real big achievement to me. When I see the amount of people I affect positively each day with my work, is a great satisfaction, and is far more special than likes or comments. If you have a dream, then go for it. Don’t let people resist you. If you make any mistakes, don’t give up, no matter how worse the condition may be, complete the race.”

This budding artist has bagged a role in an upcoming web series after cracking auditions and a series of failures. Not only that, he is also working on his own ideas and is soon coming up with his own project. With the tagline, “Keep vining”, he promises to always entertain people and make them happy with his vines in the future as well.

This Page Has Inspired
24461
People So Far..
Any facts, figures or references stated here are made by the author & don't reflect the endorsement of iU at all times unless otherwise drafted by official staff at iU. This article was first published here on 9th February 2016.
Interning IJ Mugdha Dumbre
Passionate youngster who envisions to empower the world through her actions.