Surge 2016 that brought together huge crowd from more than 70 countries, attracting different kind of individuals in different ways at its event that was spread for two days. Participants went back with unlimited takeaways, that shall lead to successes! Read on.
This Page Has Inspired
1230
People So Far..

Surge, that organized its summit in 2016 for the first ever time in India, had tremendous amount of support from people around the globe. Organizing such a large summit which had more than 5000 people attending from 72 countries, in a new territory was never an easy go. Details of the event happenings could be found at World's Largest Tech-based Summit steps into India - Surge 2016!

Positive comments of folks from many countries, about India and its people were surely noticed. Ketcia Thach, COO and Founder of Goodat said, “When I had to leave to India for the event, not everyone felt happy about it since the projection about the country is not so good when seen by the outsiders, but I see such wonderful people here in India; there is so much more positivity than the negativity. Glad to have known about a few medias that is trying to share the positive part of the country. There is so much more goodness and everyone should share this”. She also added, “Surge has been a great experience to be participating at. Our team got connected with so many people, with whom we could collaborate and work. We look forward to participating in more such events.” 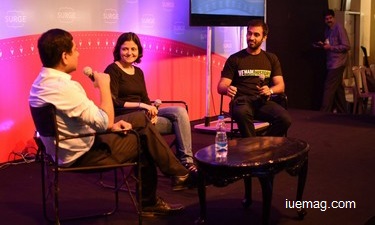 Volunteers from various places came together to make this event successful. One of the volunteers of the event, Nupur - founder of Hijinks said, “I was keen on learning how it really is, to be volunteering for an event like this. They have come all the way to India and organizing this for the first time here and doing it so well is certainly a big thing!”. Another volunteer Sanar, a software analyst from Pune said, “As a volunteer, it feels great to be a part of the team and take up responsibility to ensure it all goes well. I was also here to learn as much as possible from them, but now, I really feel I need to start my company soon. I had ideas, but had to start implementing. The environment here is so amazing that anybody would want to grow higher and faster.”

As shared earlier, Surge also became a platform for many startups to connect with the right investors and vice versa. Aniruddha Nanivadekar, Co-Founder of InteliTaap Solutions said, “We have been trying to connect and collaborate with like-minded people. We had also scheduled meeting with an investor, who is now really interested to invest in our venture. He said that he was also looking forward to invest in such ideas. It felt proud to know that our idea sounded interesting to many others who got to know about our venture. Surge is surely a place to innovate, learn and implement”. 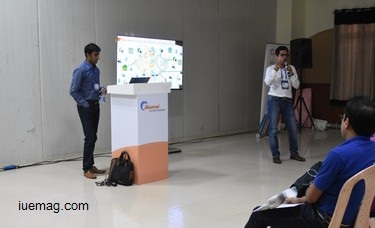 There was much more that helped the startups pitch better. The workshops that were held by companies like Blume Ventures helped the startups understand how better they could present their ideas. Kanchan Sukhija, Founder of Compare Munafa stated, “Apart from the networking, meetings and the sessions, the workshops helped us understand what the investors would really want us to share. Some of us were given opportunities to pitch in front of the crowd. Many of them who were present, liked our venture’s idea and the way I pitched. It helped gain so much more confidence”.

Sairee Chahal, founder  CEO of Sheroes.in, who was one of the 130 renowned speakers at the event, mentioned, “Such conferences not only help us all come together, but also learn from each other. It’s really important for entrepreneurs to get such an environment”. Dewaj Baruah, COO of Arctron Mobility, which was chosen to be the startup that pitched the best said, “We have continued to work hard since last few years to make things happen. This was a great opportunity for us to prove ourselves. We will continue to solve big problems”.
Get the Latest & Recommended articles in your Inbox

Subscribe!
A lot of positive feedbacks overflowed and these were some of the unique ones that got noticed. The Summit left no stone unturned, while the organizing team learned from every part of the event and continued to think about making the summit even better and bigger for the next year.
Copyrights © 2023 Inspiration Unlimited eMagazine

This Page Has Inspired
1230
People So Far..
Any facts, figures or references stated here are made by the author & don't reflect the endorsement of iU at all times unless otherwise drafted by official staff at iU. This article was first published here on 27th February 2016.
IJ Kavyashree
IJ Kavyashree is a contributing writer at Inspiration Unlimited eMagazine.