Get to know the latest cutting edge technology & services from across the UAV industry. SkyTech 2016 is back after a successful first year to hit it even bigger this year.
This Page Has Inspired
1289
People So Far.. 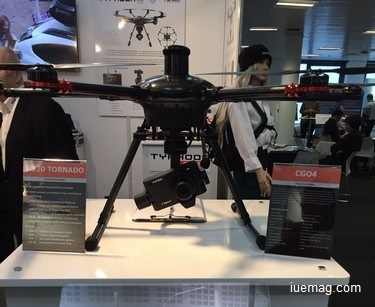 RUSTA being one of the Civilian Aviation Authority’s approved National Qualified Entity(NQE) gave a brilliant kick-start to the conference with the words from its representative Sion Roberts stating the notable difference between EU member states. Geoff Pegman from UKTI reminded that drones are one of the eight technologies having substantial investment value for the shores and that there’s a push for new products to be tested in realistic environments.

Jurgan Verstaen speaking on behalf of Unifly took over the podium to showcase their software and emphasize that, certain level of democratisation has occurred. The discussion panel consisting of Tracy Lamb(SGS), Dave Pearcy(RPS Group) and John Hanslip(Marsh) came up with a theme called as Jumbled knots of red tape. The table was all about the hordes of incompetent pilots out there and that they must impress upon the weight of new policy more than any cataclysmic disaster risks.

NoFlyZone’s John Tansley expressed fears regarding the growth of industry collating data on private requests for no fly zone due to the claims of burglary using drones equipped with night vision cameras. James Dunthorne from Remote Aerial Surveys closed the first day by outlining the three basic categories of drone flights and the various factors on which they depend such as lightweight platforms, pilot’s ability and destabilising external factors. 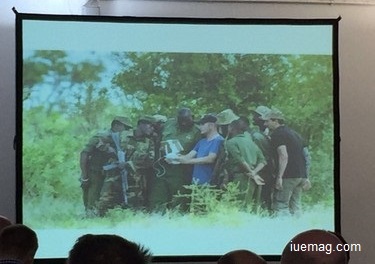 There was an exhaustive table of speakers to shed light on the fantastic survey work that drones are augmenting around the world and the wide range of applications in various fields such as mining, agriculture, archaeological and forensic mapping. Paul Bryan highlighted the advancement of technology and the role played in topographic point analysis. Ross Manship from AECOM focused on the specialty of UAV due to their ability to speed up the acquisition of data, the enablement of high resolution and accuracy, and the provision of safe access to dangerous areas. Ampyx Power, conversely, are utilizing drones for the renewable energy sector, and gave details about their innovative fixed-wing craft, the PowerPlane. NVIDIA being the frontrunners in fully autonomous A.I. gave a thumbnail sketch of new frontiers of computer vision, medicine and robotic surveillance. Eddie Seymour from the firm positioned his Jetson developer kit as the most affordable way for anyone to unlock the potential of their UAVs, broadening the scope  of applications created for and by the public.> 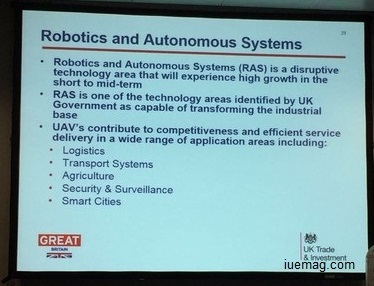 Cranfield University threw the spotlight on the danger of air accident sites and how drones can come handy to collect information when evidence is at risk of blowing away. Rounding off the conference were a collection of companies involved in emergency and humanitarian response. BioCarbon Engineering’s Lauren Fletcher is concerned about the 15 billion trees lost year on year to deforestation. Andrew Stevenson from Warwickshire Police gave us an insight into the usefulness of drones with firms depending on low cost means of gathering visual data to satisfy the demands of their budget.

The SkyTech 2016 has thus ended on a high note with successful completion of conferences, exhibition, workshops, product launches and marketing opportunities for the commercial UAS community.
Get the Latest & Recommended articles in your Inbox

Subscribe!
Stay up-to-date with news about the next instalment of SkyTech in 2017. Details launching shortly at www.skytechevent.com
Copyrights © 2023 Inspiration Unlimited eMagazine

This Page Has Inspired
1289
People So Far..
Any facts, figures or references stated here are made by the author & don't reflect the endorsement of iU at all times unless otherwise drafted by official staff at iU. This article was first published here on 13th February 2016.
Interning IJ Sowparnika Koka
A spirited individual who believes in passing the learned lessons to the world.