February 2: 5 POWER Lessons From 5 Leaders Who Made History On This DAY!

While all of us are striving very hard to achieve our goals, we might have forgotten the basic but the most important lessons to be remembered during the journey to reach those goals. The following lessons from the life of 5 great personalities born this day, can help you refocus and get better at what you do.
This Page Has Inspired
1039
People So Far..

1. “Dreams and dedication are a powerful combination to achieve anything in life.” 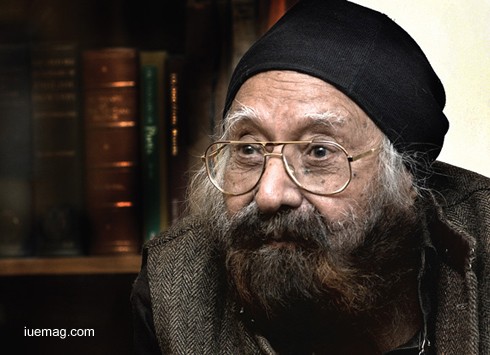 Novelist who occupied India's literary centre-stage for half a century, Khushwant Singh was also a journalist, and a lawyer, who served the Indian legal system, Indian journalism and literature all with equal passion and hard work.

Born and brought up in a well to do Sikh family, Singh was an intelligent child from the start. Singh completed his studies from renowned schools in Delhi and then was sent to King’s College London.  After working as a lawyer in Lahore Court for eight years, he joined the Indian Foreign Service upon the Independence of India from British Empire in 1947. Later, he found his place in mass communication and journalism. He was the editor of many reputed newspapers and magazines like, The Illustrated Weekly of India, The National Herald and the Hindustan Times. Singh was more known for his writing and Indian literature is lucky to have received works like ‘Train to Pakistan,’ ‘The Company of Women’ and many others. For his brilliant service to the Indian society and culture, he was awarded with a Padma Bhushan, but due to his deep contempt for Operation Blue Star, he returned it back to the government.

He has been an inspiration for budding writers throughout the world. His humor, scathing views on secularism and deep bent for poetry, have drawn billions to the delight of reading his books. has written 35 books in his lifetime. He is best remembered for his historical novel Train to Pakistan, which recounts the tragedy and bloodshed of the partition of the subcontinent in 1947 into India and Pakistan. There's many other kudos bagged by Khushwant Singh. He was a Rajya Sabha member of the Indian parliament. The Indian government also awarded Singh with the prestigious honor, the Padma Vibhushan in the year 2007.

2. “People always criticize. At the end, it’s all about how you take what others say. Never allow anyone to hurt you without your permission.” 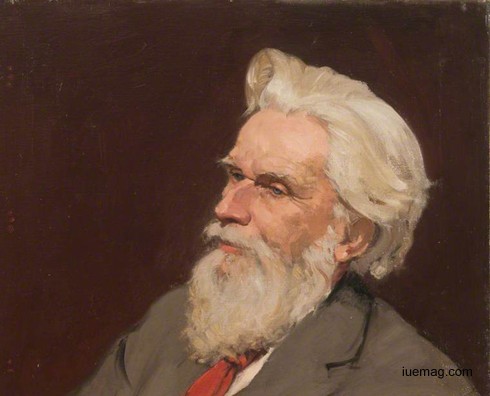 Henry Havelock Ellis, known as Havelock Ellis, was an English physician, writer, progressive intellectual and social reformer who studied human sexuality. He was co-author of the first medical textbook in English on homosexuality in 1897, and also published works on a variety of sexual practices and inclinations, as well as transgender psychology. The pioneering studies in human sexuality of Havelock Ellis challenged the taboos and hypocrisies of Victorian society and paved the way for greater openness that has characterized the modern era.

As a young man he was very confused about his career choice and had worked on a ship and as a school teacher. Finally he decided to become a physician and take up the study of sex. He never had a regular medical practice and devoted his life to research and writing. Along with John Addington Symonds, he co-authored the first textbook on homosexuality. At that time, homosexuality was regarded as a disease or a crime that only sick and depraved minds indulged in. Ellis was one of the first sexual researchers who studied the concept from an objective point of view and not as a taboo.

He essentially worked on the field of human sexuality and developed the concepts of narcissism and autoeroticism which were valuable contributions to the field of psychoanalysis. His studies covered what is today known as transgender phenomena. Demanding as his medical studies were, medicine was not his only field of interest. Other interests included anthropology, archaeology, architecture, botany, ethics, ethnology, geology, history, literature, music, mythology, painting, philosophy, physics, and sculpture.  During his lifetime Ellis published 36 books and left behind manuscripts that evolved into five more books, including his autobiography, ‘My Life.’

3. “True strength is keeping everything together when everyone expects you to fall apart.” 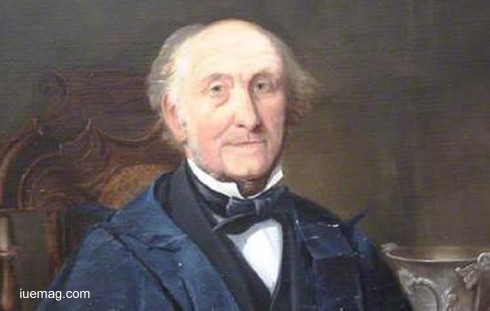 William Hopkins was a well-known mathematician and geologist who penned the book ‘Elements of Trigonometry’ and was renowned as a private tutor of aspiring undergraduate Cambridge mathematicians, earning him the sobriquet the "senior-wrangler maker."

Born to an agricultural household, Hopkins was expected to fall in line with the family business. During his early years, he was in Norfolk where he learned the more practical agricultural basics then his father rented a modest-sized farm for him in Suffolk at Bury St Edmunds. He wasn’t very successful at farming and later, he sold his patch of farmland and used the money to start anew. Having dropped out of school, as his family did not value education, William decided to pursue further studies from the reputed ‘Cambridge University’. Despite his restricted formal education, he was among one of the top ten scorers in the Mathematical Tripos examination.

Unable to obtain a fellowship, he started out as a tutor for aspirants of ‘Senior Wrangler’, the highest achievement attainable by any mathematics undergraduate. He achieved immense success in his endeavour and was even hailed as ‘senior wrangler maker.’ Later he pursued study of mathematics and displaying his prowess in the subject he came out with a highly sought after publication on trigonometry. His association with Adam Sedgwick, whom he accompanied on several expeditions, led to a life-long study of geology. Hopkins set about studying the occurrence of faults and fissures on the Earth’s surface, and then explored the rotation of earth. His investigations were praised by the Geological Society of London and eventually he went on to become the President of the committee.

4. “Immortality is to live your life doing good things, and leaving your mark behind.” —Brandon Lee 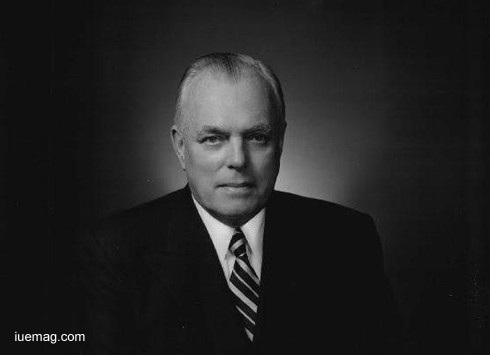 Howard Deering Johnson was an American entrepreneur, businessman, and the founder of a chain of restaurants and motels under the name, Howard Johnson's.

Johnson had very humble beginnings till he entered the food service business. He quit school in the eighth grade to work in his father's cigar store and export business as a salesman. Soon, his father died, leaving him the business and its heavy debt. He sold the business to pay off the debts and then borrowed $2,000 to buy a small corner drugstore and soda fountain in Wollaston, Massachusetts. He sold candy, newspapers, cigars, and medicine. The popularity of the soda fountain convinced him that having better-tasting ice cream would boost his business. He invested in an ice cream recipe and sold his ice cream at local beaches to boost business. Johnson soon began selling franchises of his restaurants. The white buildings trimmed with orange and sea blue became the Howard Johnson trademarks.

During World War II, 90% of the restaurants closed due to gas rationing. The industrious Johnson contracted to manufacture candy and other goods for the armed forces. After the war, he began expanding his chains nationwide. More Americans began to travel, and Johnson saw a need for better quality motels and hotels to meet the needs of these travellers and their families. Johnson created motor hotels, offering good services and cleanliness. Howard Johnson made it possible for travellers and families on the go, to eat nutritiously and enjoy a higher standard in all aspects of hospitality than was previously available. By 1965, the Howard Johnson name was to be found on 770 restaurants and 265 motor hotels. His journey is certainly the perfect illustration of the saying “Nothing is impossible.” 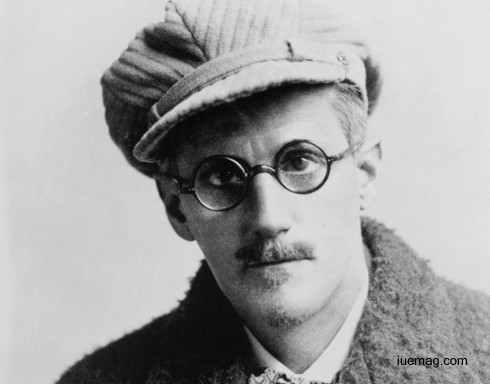 James Joyce was an Irish, modernist writer who wrote in a ground-breaking style that was known both for its complexity and explicit content. He was one of the most influential writers in the early part of the 20th century. His exploration of language and new literary forms showed not only his genius as a writer but spawned a fresh approach for novelists, one that drew heavily on Joyce's love for the stream-of-consciousness technique and the examination of big events through small happenings in everyday lives.

As a young boy, he loved to read and developed a passion for writing and literature. This Irish poet, short story writer, novelist and playwright is known for his modernist avant-garde style of writing that focused on literary innovation, narrative and indirect style. In his seminal work, ‘Ulysses', he perfected the literary technique of ‘stream of consciousness', which refers to the thought process of the narrator. He was also known for the experimental use of language and made many technical discoveries in the art of novel writing, like the use of interior monologue.

Joyce is best known for Ulysses, a landmark work in which the episodes of Homer's Odyssey are paralleled in an array of contrasting literary styles, perhaps most prominent among these the stream of consciousness technique he utilised.  He continues to influence all writers at every level who strive to write about the ordinary. In 1999, a panel convened by the Modern Library named Ulysses the most notable novel of the century.
Get the Latest & Recommended articles in your Inbox

This Page Has Inspired
1039
People So Far..
Any facts, figures or references stated here are made by the author & don't reflect the endorsement of iU at all times unless otherwise drafted by official staff at iU. This article was first published here on 2nd February 2017.
iU eMagazine
Editorial Team of iU eMagazine