February 6: 5 POWER Lessons From 5 Leaders Who Made History On This DAY!

Grab this opportunity to learn from some of the most important leaders who crafted an inspiring history, leaving a legacy that is unforgettable and unending. Here are 5 most important lessons from each of their journeys, that are sure to inspire you to lead a perfect life.
This Page Has Inspired
1030
People So Far..

1. “Dream doesn’t choose who can achieve it. It just has eligibility – passion and hard work.” 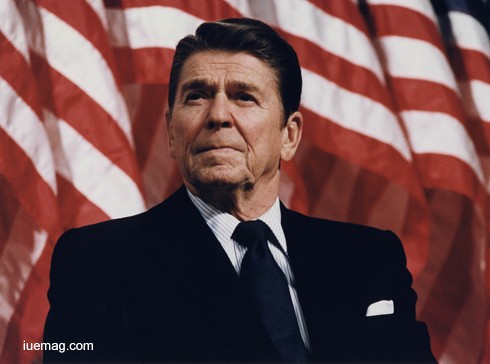 A lot of people today, due to their economic or social status, limit themselves to certain extent while they even dream of what they wish to achieve. But there are a few who have broken such stereotypes, believed in themselves and worked their way up the ladder, to an extent one cannot imagine. One of those few people who have truly made the impossible, possible, was Ronald Reagan, who was the 40th president of the United States of America from 191 to 1989, before which he was also the 33rd Governor of California, an office which he served for two consecutive terms.

Turn the pages of history of politics and you are sure to find the name of this man who was raised in a poor family in small towns of northern Illinois, but never let his environment and people around decide what he would be years from then. Graduating from Eureka College, Reagan had to take up jobs to be able to provide to his education and later worked as a sports announcer on several regional radio stations. After moving to Hollywood in 1937, he became an actor and starred in a few major productions. In the 1950s, he moved into television and was a motivational speaker. Reagan's speech, "A Time for Choosing", in support of Barry Goldwater's foundering presidential campaign, earned him national attention as a new conservative spokesman. Building a network of supporters, he was elected Governor of California. He twice ran unsuccessfully for the Republican nomination for the U.S. presidency; four years later, he easily won the nomination outright, becoming the oldest elected U.S. president up to that time, defeating Jimmy Carter in 1980.

His life’s journey continues to remain one of the most inspiring journeys, that undoubtedly set an example for every individual who dreams of achieving BIG in any industry, inconsiderate of his/her beginnings! It’s all about your decision to try, work hard and making it happen.

2. “Remember, you have given your best only when what you achieve, becomes the goal for many lives.” 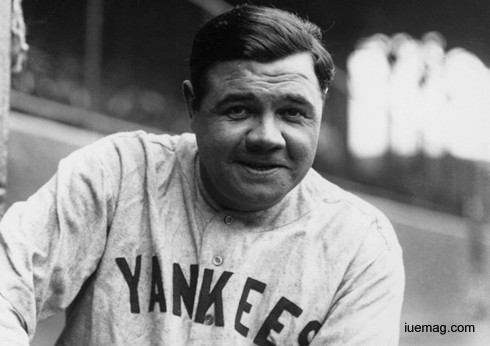 Many people mistake that they have given their best as soon as they receive a small appreciation for their work. The fact that our potential is unlimited, is undeniable. Probably, it is acceptable that you have given your best when what you achieve, becomes the target for many who try to surpass it. Out of those leaders who truly attained their best of abilities, was George Herman Ruth, Jr., better known as Babe Ruth, a professional baseball player credited to have changed the game itself.

A highly talented player he enjoyed a long and productive career that lasted for 22 seasons from 1914 through 1935. He was one of the most prolific hitters in the history of the game and had set such lofty career records that it took years for them to be surpassed. One of the best players to have ever graced the game, he made baseball very popular during the era he played in; he was the reigning star of the world of sports during the 1920s.

In 1919, while with the Red Sox, Ruth set a single-season home run record of 29. This turned out to be just the beginning of a series of record-breaking performances by Ruth. In less than 10 seasons, Ruth had made his mark as baseball's all-time home run leader. Yet the athlete seemed determined to continue breaking his own records. In 1927, he outdid himself again by hitting 60 home runs in a season's time—a record that stood for 34 years. Despite last playing nearly 75 years ago, Babe is still widely considered the greatest player in Major League Baseball history.

3. “Never have a second thought about pursuing what you believe, makes you happy. Passion has the power to transform any failure into a success.” 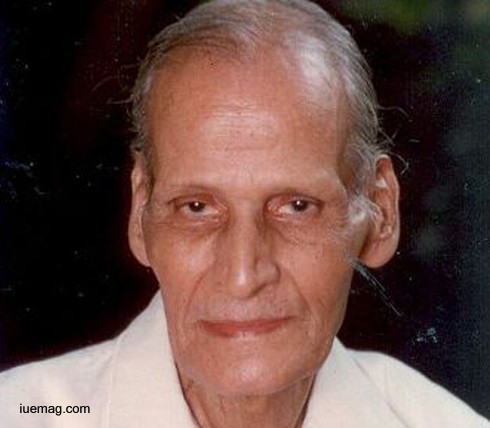 We keep listening to some of the most successful people who say that it’s all about passion. Many are confused about even finding what they are passionate about. It’s simply what keeps one happy which he/she needs to pursue to remain happy for life. This journey of a passionate poet certainly proves the amount of satisfaction pursuing your passion can give you.

Kavi Pradeep was an Indian poet and songwriter who is best known for his patriotic song ‘Aye Mere Watan Ke Logo’ written as a tribute to the soldiers who had died defending the country during the Sino-Indian War. Born into a middle-class family in the small central Indian town of Badnagar near Ujjain, he had a passion for writing and rendering Hindi poetry, since his early student days and later while pursuing graduation from University of Lucknow. He hypnotised the audience at kavi sammelans (poets’ gatherings) with his inimitable style. After graduating from Lucknow University, he decided to join a teacher's course to become a teacher. Pradeep was invited to a Kavi Sammelan in Bombay where he was offered his first film Kangan. Pradeep shifted to Bombay and wrote four songs for the film, all of which became very popular, and sung three of the songs himself. He began to write many other popular songs which brought him National fame. His songs were so popular that fans would see his movies repeatedly just to listen to his soulful songs. Kavi Pradeep always believed in writing songs in simple words portraying a meaning fitting into the situation.

In a career span of five decades, Kavi Pradeep wrote about 1,700 songs and nationalistic poems including the lyrics for some 72 films. In 1997, he was honoured by India's highest award in Cinema, the Dada Saheb Phalke Award for Lifetime Achievement.

4. “The utmost requirement to achieve any goal – commitment.  It’s the commitment which leads you to action, which in turn brings your dreams closer.” 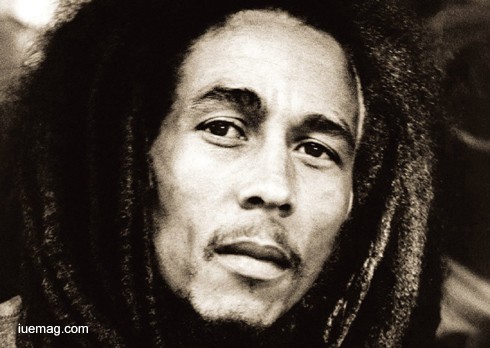 Not to deny the fact that hard work is equally important to achieve the end goal, but it’s the commitment that keeps you going. It’s one of the most important weapon in this war between success and failure. Bob Marley’s life perfectly illustrates how commitment can help one lead in fact the best life possible.

Jamaican singer, musician and songwriter Bob Marley served as a world ambassador for reggae music making him the first international superstar to emerge from the so-called Third World. One of the 20th century’s most charismatic and challenging performers, Bob Marley is regarded as a cultural icon who implored his people to know their history; he urged his listeners to check out the “Real Situation” and to rebel against the vampiric ‘Babylon System.’

Bob Marley's name resounds in the minds of many, every time the word "reggae" is mentioned. This famous singer is known for his touching performances, starting initially as a part of the band 'The Wailers'. After the Wailers disbanded in 1974, Marley pursued a solo career upon his relocation to England that culminated in the release of the album Exodus in 1977, which established his worldwide reputation and produced his status as one of the world's best-selling artists of all time, with sales of more than 75 million records. He is considered one of the most influential musicians of all time and credited with popularising reggae music around the world, as well as serving as a symbol of Jamaican culture and identity. Marley evolved into a global symbol and inspired numerous items of merchandise.

5. “Be brave, never stop fighting for it, if you believe in it.” 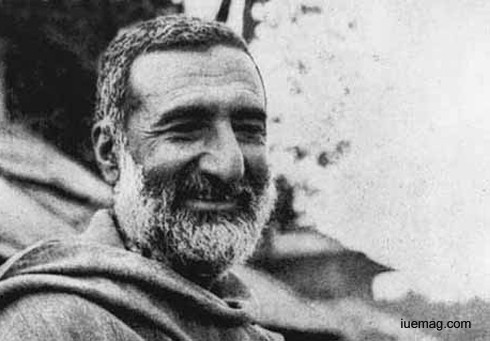 A lifelong pacifist who advocated non-violent opposition and protested against the British-controlled army by means of peaceful protests and political activism, Khan Abdul Ghaffar Khan was a Pashtun independence activist and a spiritual leader nicknamed as “Frontier Gandhi” due to his political activities and close association with the Indian leader, Mahatma Gandhi. He was a devout Muslim with an unwavering faith in the compatibility of Islam and nonviolence. He held liberal views and championed for women’s rights which made him much popular among the masses. He was strongly against the partition of India and dreamed of creating a united, independent and secular India.

He was frequently arrested by the Pakistani government. Badshah Khan also spent much of the 1960s and 1970s either in jail or in exile. Despite he being throw upon various challenges, not giving up on his belief made him a hero who continues to live even today because of the journey he took.

Upon his death in 1988 in Peshawar under house arrest, following his will, he was buried at his house in Jalalabad, Afghanistan. Despite the heavy fighting at the time, both sides of the Soviet war in Afghanistan, the communist army and the mujahideen, declared a ceasefire to allow his burial. Nothing could ever stop him from fighting for the causes he believed in.
Get the Latest & Recommended articles in your Inbox

This Page Has Inspired
1030
People So Far..
Any facts, figures or references stated here are made by the author & don't reflect the endorsement of iU at all times unless otherwise drafted by official staff at iU. This article was first published here on 6th February 2017.
iU eMagazine
Editorial Team of iU eMagazine