February 10: 5 POWER Lessons From 5 Leaders Who Made History On This DAY!

Knowingly or unknowingly, there occur situations in life that helps us realize that our ability is much more than what we think it is. It is also important for us to be prepared for certain situations that are bound to throw challenges at us. Follow this read that shall not just give you strength to handle them, but also help you to prevent you from wrong doings that might otherwise happen. Unleash the unknown powers within you with these lessons from some of the pioneers from our history.
This Page Has Inspired
1051
People So Far..

1.  “Be innovative, think different and stay unique. Never let your thoughts depend on what others might think.” 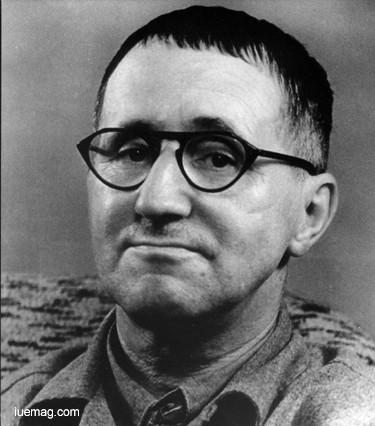 Almost every time we think different and talk about it, the first response from people around us, is “It won’t work.” Eventually, our thoughts get limited to a certain extent, always remembering what people might agree to. It’s absolutely important to not let others’ opinions limit your thoughts. It’s your unique thoughts that have the power to introduce something new to the world. Of course, it might be unaccepted at the beginning, but the world is sure to be surprised when the result of your creations creates wonders. Such were the positive views of Bertolt Brecht, a German poet, playwright and theatre practitioner, who departed from the conventions of theatrical illusion and developed the drama as a social and ideological forum for leftist causes.

Bertolt Brecht is arguably the most revolutionary force in twentieth-century theater. His most famous concept is verfremdungseffekt (sometimes translated as the “alienation” effect), and it completely changed the way artists thought about and created theater. The key to this concept was that Brecht did not want audience members’ emotional involvement to prevent them from thinking about the social and political issues presented in a play. More importantly, he wanted thoughtfulness to incite action and participation. Through music, song, and vaudeville-style theatrics, Brecht’s “epic theatre” became a world where actors acknowledge the artifices of the medium and communicate directly with the audience. His ideas challenged the dominance of realism and forever altered traditional notions of what theater could be.

2. “Allow your passion to become your purpose. No matter how unrealistic it seems.” 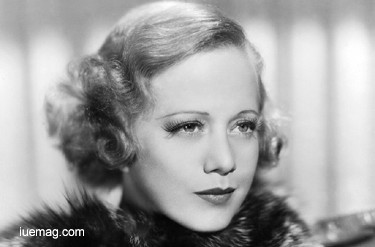 Although many of us are passionate about achieving big, we begin to feel that it’s too big to become true and forget it. The fact that you dreamed about it and you wish to reach there, is in itself a good start to actually achieve. Dedicating yourself to make it happen, at all costs; being ready to risk anything to make it happen, is all it needs. The journey of Stella Adler is undeniably one of the best examples that illustrate the lesson. One of the foremost influences on contemporary acting, Stella Adler, from 1905, at the age of four, until her death eighty-seven years later, she dedicated herself to understanding the theater. She received a great deal of acclaim among Yiddish-speaking audiences.

By the mid-40’s Adler was teaching at the New School for Social Research and had found the role that was to make her a revered name among actors everywhere. In 1949, she started a school for acting that would last five decades and touch every part of American Theater. Combining what she had learned from the Yiddish theater, Broadway, Hollywood, and Stanislavsky, she opened the Stella Adler Theater Studio. Her belief in the supreme seriousness of her art kept many well-known members of the theater coming back for her intelligent and passionate advice. To this day, years after her death, Adler is still viewed as one of the foremost influences on contemporary acting. Even after more than half a century after its foundation, her teaching at the Stella Adler Studio of Acting has dominated the American acting till date.

3. “Break the cliché! Prove the impossible! Let the world know what else can happen, other than what it believes.”

It’s truly challenging when you are all set to do something that has never been done and is not even believed in. The fear of what others would think if it fails, consumes all our energy, leading to disbelief in our own selves. It’s what you do at that decision making point of life (to continue or to quit), decides if you shall mark your journey or remain ordinary as others. Let this story of Edith Clarke, world’s first female electrical engineer, be an inspiration to taking the next big step of your life. In 1947, she became the first ever woman to teach engineering at the University of Texas, Austin.

Clarke seemed to be no extraordinary as a child. In fact, she was born in a small Maryland farming community and lived with way lesser resources than what most of us currently do. Both her parents died by the time she was just 12 years old. Six years later, Edith made the life-changing decision to use the little inheritance money she received to study mathematics and astronomy at Vassar College. From there, this woman, you should know, went on to make a number of pioneering achievements in the field of electrical engineering, becoming known for “developing mathematical methods that simplified and reduced the work of electrical engineers,” while doing much for women along the way.

4. “You get to decide the legacy that you leave.” 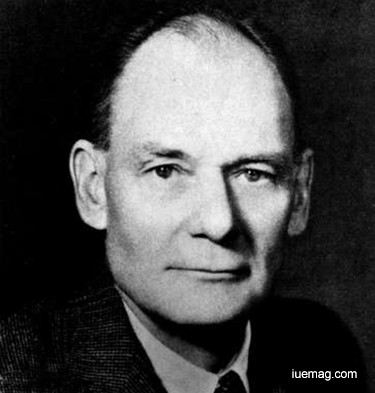 We all want to be remembered even after our death, for something we have contributed to the world. Leaving a legacy for others to be able to learn from and follow, is very important. That’s something that drives many successful people. Your life is your message to the world and it’s very important to do something that will help and inspire those in the future too. One such legendary who led a truly inspiring life, leaving some great work that continues to help the world even today, was John Franklin Enders, an America virologist and microbiologist who casted an important influence on the field of science through his revolutionary research and discoveries. He is also renowned as the father of modern vaccines.

A leader in modern virology, Enders is credited for cultivating the polio-virus in tissue cultures of human cells which led to the development of an attenuated live vaccine for polio. Interestingly, upon learning about his work, one tends to believe that Enders tryst with science started early. However, it is quite inspiring to know that Enders did not opt for science until quite late in his life. He was in fact enrolled for a literature course at Harvard when he befriended some medical students who rekindled Enders’ interest in biology and medicine. He then decided to enter as a candidate for the Ph.D. degree in bacteriology and immunology.

Techniques he and his colleagues developed for the growing polio virus were essential to the later development of the life-saving vaccines. For this innovation, Enders, Weller and Robbins received the Nobel Prize for medicine in 1954.

5. “Never let your pain from your past affect your future.” 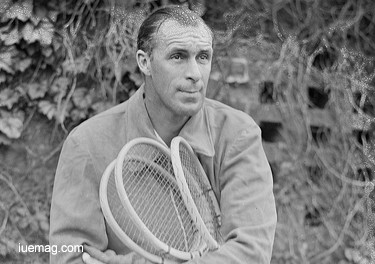 Most of us have the ability to push ourselves probably when we are hurt for the first time or the second, or may be the third too. When people begin to experience more pain in life, they begin to allow the pain to take over and ruin their own future. But this wasn’t the way this man lived, who lost his entire family, one after the other, but pushed himself into the positive world again and again, to an extent that he became one of the world’s greatest tennis players of all time.

William Tatem Tilden II, whose life was initially marked by tragedy, is today remembered for his courage to be able to make it this big. Before he was born, three older siblings died within two weeks of each other in a diphtheria epidemic. His parents had two more children: Tilden and his brother Herbert. When Tilden was 15, his mother contracted Bright's disease and was confined to a wheelchair. His father, who was considering a campaign for mayor of Philadelphia, was rarely home. When Tilden was 18, his mother died; three years later his father died from a kidney infection; a few months later his beloved brother Herbert died of pneumonia. At age 22, Tilden was the only survivor of a once-large family. He resumed playing tennis considering the game to be a form of therapy for his grief. Tilden did go back to the game, and within five years, was a world-ranked player. In 1920, at the age of 27, Tilden was the first American to win a tournament at Wimbledon, in England. His journey will continue to be the perfect therapy to all those suffering due to such tragedies of life.
Get the Latest & Recommended articles in your Inbox

This Page Has Inspired
1051
People So Far..
Any facts, figures or references stated here are made by the author & don't reflect the endorsement of iU at all times unless otherwise drafted by official staff at iU. This article was first published here on 10th February 2017.
iU eMagazine
Editorial Team of iU eMagazine