February 12: 5 POWER Lessons From 5 Leaders Who Made History On This DAY!

Here are the 5 great lessons brought to you from the lives of 5 inspiring leaders who have accorded the world with numerous of their contributions, being the reason to assist many lives with the history they created. Read on!
This Page Has Inspired
1037
People So Far..

1. “Ways get showered if your decision is rigid.” 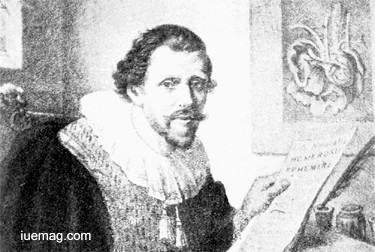 'Where there is a will, there is a way” always holds true in the life of his. His passion towards entomology seemed of greater importance to him which made him still stand strong when his financial aid was cut off by his dad. Blessed are those who get different ways to achieve their goals just because they abide by it throughout.

Being the first to observe and describe red blood cells, Jan Swammerdam, a Dutch biologist and microscopist, worked on insects, demonstrating the various phases during the life of an insect—egg, larva, pupa, and adult—are different stages of the same animal. He was one of the first persons to use the microscope in dissections, and his techniques remained useful for hundreds of years. He spent much of his time towards his interest in insects causing a war between him and his father, who wanted his son to practice medicine. The rapport between the two faded; Swammerdam's father cut off his financial support for Swammerdam's entomological studies. As a result, Swammerdam was forced, sometimes, to practice medicine in order to finance his research.

After publishing 3 books, he decided to devote the rest of his life to spirituality. Swammerdam's entomological work stands out because he was among the first people to study insects in an organized way. Swammerdam's scientific work was deeply influenced by his religious views. For him, studying the Earth's creatures revealed the greatness of God; his spiritual views not only inspired his work, but also enriched his ideas about the natural world.

2. “It is absolutely important to analyze and form strategies to bag a hit in your career.”

Career is only about doing our work well, it is also about how well you project yourself to signify your work and stand out in your domain even after you retire. Here is the life of one such personality diversified his inventions in various fields.

Peter Cooper, an American industrialist, inventor, philanthropist, and candidate for President of the United States, designed and built the first American steam locomotive, the Tom Thumb, and founded the Cooper Union for the Advancement of Science and Art in Manhattan, New York City. When the railroad developed technical problems, he put together the Tom Thumb steam locomotive for them in 1830 from various old parts, including musket barrels and some small-scale steam engines he had fiddled with back in New York. The engine was a rousing success, prompting investors to buy stock in B&O, which enabled the company to buy Cooper's iron rails, making him what would be his first fortune. Cooper owned many patents for his inventions, including the manufacture of gelatin, and he developed standards for its production. The patents were later sold to a cough syrup manufacturer. Cooper was active in the anti-slavery movement and promoted the application of Christian concepts to solve social injustice. He was a strong supporter of the Union cause during the war and an advocate of the government issue of paper money. Being one of the founders of Children's Village, he was an ardent critic of the gold standard and the debt-based monetary system of bank currency and strongly advocated a credit-based, Government-issued currency of United States Notes.

3. “Everything around us is a lesson. There is so much that can give much more clarity about yourself and your life.” 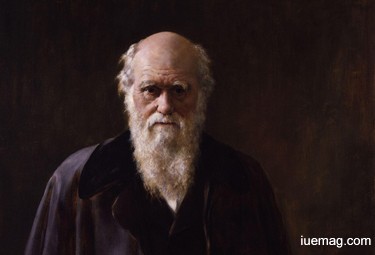 Our world in itself has a lot to teach us. Learning from what is around us would definitely make way for obtaining a more precise picture of our thoughts and ideologies. The journey of Charles Robert Darwin proves how such learning and observations of small things can change one’s life drastically. Darwin, an English naturalist and geologist, was known for his contributions to the science of evolution.

He established that all species of life have descended over time from common ancestors and in a joint publication with Alfred Russel Wallace, introduced his scientific theory of branching pattern of evolution resulted from a process which he called natural selection. Darwin published his theory of evolution by compiling evidences in a book, On the Origin of Species, facing scientific rejection of earlier concepts of transmutation of species. The scientific community and much of the general public had accepted evolution as a fact. Darwin's early interest in nature made him neglect his medical education and helped investigate marine invertebrates.

Darwin took care to remain in a private capacity and retain control over his collection, intending it for a major scientific institution. He experienced an earthquake in Chile and saw signs that the land had just been raised. He theorized that as the land rose, oceanic islands sank, and coral reefs round them grew to form atolls. Darwin had convinced most scientists that evolution as descent with modification was correct, and he was regarded as a great scientist who had revolutionized ideas. His passion for natural science was honored by over 400 officials and scientists from across the world. This period had been called "the eclipse of Darwinism"; scientists proposed various alternative evolutionary mechanisms which eventually proved untenable.

4. “Before you plan to do anything, ask yourself what the purpose is. It’s the purpose that can drive you to implement every planned idea.” 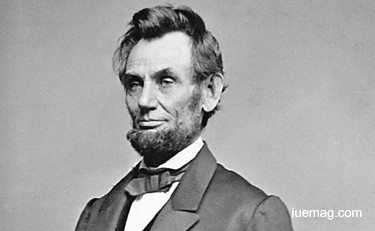 You cannot really plan your life. Sometimes, going with the flow always helps us to gain our desires. Life is always quite unexpected. So, be prepared to accept things and move on. This fact is clearly depicted by the way of life, of Abraham Lincoln, an American politician and lawyer, who served as the 16th President of the United States.

By leading the United States through its Civil War—its bloodiest war and perhaps its greatest moral, he preserved the Union, abolished slavery, strengthened the federal government and modernized the economy. Though he gained very little support in the slaveholding states of the South, he swept the North and became the president. Lincoln's victory prompted seven southern slave states to form the Confederate States of America before he moved into the White House - no compromise or reconciliation was found regarding slavery and secession. His Gettysburg Address became an iconic endorsement of the principles of nationalism, republicanism, equal rights, liberty, and democracy. Lincoln was self-educated; his formal schooling may have resulted to less than a year; however, he was an amazing reader and retained a lifelong interest in learning. It is said that he read and reread the King James Bible, Aesop's Fables, Bunyan's and more among others. Successful on his second run for office, Lincoln served four successive terms in the Illinois House of Representatives as a Whig representative. He was known for opposing both slavery and abolitionism.

“Institution of slavery is founded on both injustice and bad policy, but the promulgation of abolition doctrines tends rather to increase than abate its evils” he had stated.

5. “A change cannot happen until there is complete purity and positivity in your heart.” 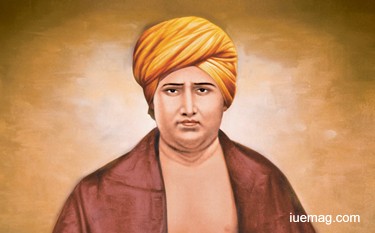 If you want to bring about the change, then be the one to make it happen. Evils in the society and malpractices have to be eradicated at any cost for a purity, prosperity and good to prevail in the universe. Dayanand Saraswati devoted his entire life to establish a positive change in the society.

A Hindu religious leader and founder of the Arya Samaj, a Hindu reform movement of the Vedic tradition, was a renowned scholar of the Vedic lore and Sanskrit language. He was the first to give the call for Swaraj as "Indian for India.” Demoting the idolatry and ritualistic worship prevailing in Hinduism, he worked towards reintroducing Vedic ideologies. He was an ascetic from boyhood who spent nearly twenty-five years as a wandering ascetic, searching for religious truth. Maharshi Dayananda advocated the doctrine of Karma and Reincarnation. The scholar gave up material goods and lived a life of self-denial, devoting himself to spiritual pursuits in forests, retreats in the Himalayan Mountains, and pilgrimage sites in northern India, during which he practiced various forms of yoga and promised to devote his life to restoring the rightful place of the Vedas in the Hindu faith. His mission was to ask humankind for universal brotherhood through nobility as stated in the Vedas, for which he formed the Ten Universal Principles as a code for Universalism. Working tremendously for political, religious and cultural emancipation of the country, he was guided by a reason, taking Hinduism back to the Vedic foundations. He had tried to reform society with a clean vibe, which continues to be worked towards, with his inspiration.
Get the Latest & Recommended articles in your Inbox

This Page Has Inspired
1037
People So Far..
Any facts, figures or references stated here are made by the author & don't reflect the endorsement of iU at all times unless otherwise drafted by official staff at iU. This article was first published here on 12th February 2017.
iU eMagazine
Editorial Team of iU eMagazine