February 20: 5 Power Lessons From 5 Leaders Who Made History On This Day!

No matter whether you win or lose, it is absolutely important to push yourself to prove your abilities. If feared of failing, then how can a start ever be made? Failure is the stepping stone to success; you need to direct your mind with a stronger decision to get better at every attempt. All of these need a little more inspiration and you are sure to gain them from the lessons below, from the lives of some of the most inspiring leaders.
This Page Has Inspired
1039
People So Far..

1. “Thriving loyalty towards what allures you shall make you unstoppable from faster growth.” 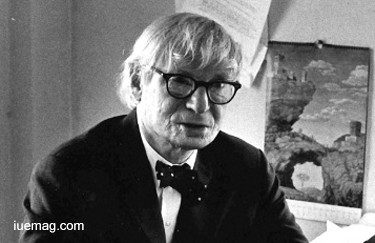 Louis Isadore Kahn, an American architect, after working in various capacities for several firms, founded his own workshop. His true wanting to grow in his desired domain was what made him an epitome of succes. While continuing the private practice, he served as a design critic and professor of architecture. Till his death, he was a professor of architecture at the School of Design at the University of Pennsylvania. Kahn created his own style that was colossal and rigid; his heavy buildings for the most part do not hide their weight, their materials or the way they are assembled which is considered as ‘monumental beyond modernism.’

Being known for his diligently built works, and his teaching, Kahn was one of the most influential architects of the twentieth century. He was awarded the AIA Gold Medal and the RIBA Gold Medal and also considered, America's foremost living architect. Kahn opened his own architectural practice. From the start, he was interested in architecture’s role in social change, hence he created housing for factory workers during World War II, and later on buildings for labor unions, working in a modernist style.

2. “Giving your best is all it needs. Every success shall make its way to reach you.” 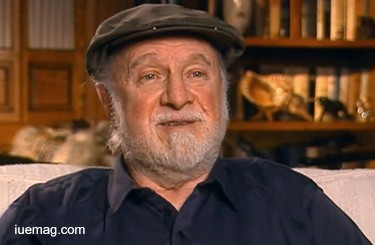 Deserving your desires magnifies the ecstasy dwelling in one’s feelings. Your life can then be treated as a treasure of pleasure. It is always better to give our best when we attempt and leave the rest to the universe to give us what we deserve. Richard Burton Matheson was an American author and screenwriter, primarily in the fantasy, horror and science fiction genres. He is best remembered for authoring I Am Legend, a 1954 horror novel which has been adapted for screen 4 times and he wrote the screenplay for a movie and 16 television episodes, six of his novels or short stories have been adapted as major motion pictures. His early writing was influenced by the film Dracula and a poem, which he saw in the newspaper.

Having his first short story published at age 8, he served the US army in Europe during the war, an experience that formed the basis for his 1960 novel. Writer Richard Matheson wrote several popular and influential science fiction novels, including The Shrinking Man.

“I think we're yearning for something beyond the every day. And I will tell you I don't believe in the supernatural, I believe in the supernormal. To me there is nothing that goes against nature. If it seems incomprehensible, it's only because we haven't been able to understand it yet.” Readers appreciated Matheson's knack of creating unexplainable scenarios in conventional environments.

3. “Observe what’s around you and look at them as opportunities; each of what you observe can be the reason to better your next evolving creation.” 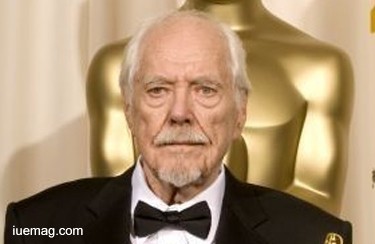 Robert Bernard Altman, an American film director, screenwriter, and film producer was a five-time nominee of the Academy Award for Best Director and an enduring figure from the New Hollywood era. Altman was considered a "maverick" in making films which are highly naturalistic but stylish and ironic, unlike most Hollywood films. He is consistently ranked as one of the greatest and most influential filmmakers in American cinema. Altman developed a reputation for being "anti-Hollywood" and non-conformist in both his themes and directing style, encouraging actors to improvise, thereby inspiring their own creativity.

He preferred large groups of casts for his films, and developed a multi-track recording technique which produced overlapping dialogue from multiple actors and producing a more natural, more dynamic, and more vitalizing experience for the viewer. He also used highly mobile camera work and zoom lenses to enhance the activity taking place on the screen. He received an Oscar for Lifetime Achievement at the 2005 Academy Awards. He gained instant recognition for M*A*S*H and went on to direct and/or produce a series of highly individualistic films, noted especially for their simultaneous layers of dialogue.

By bringing increased advancements in his chosen filed, he was credited to become a role model to today’s world. This personality, who wisely used technology at its infancy, is undoubtedly an icon to be looked upon.

4. “Gratitude is the right attitude! Be grateful to every gain you’ve witnessed in your life.” 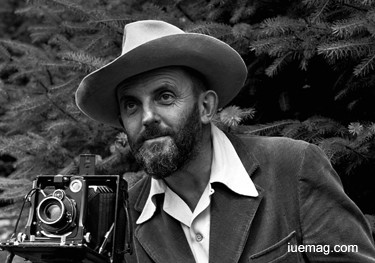 Our mother earth takes care of us, helps us grow and nurtures us. Showing a small bit of concern towards our nature would definitely make a difference and it maybe a way to show gratitude to our environment. “When words become unclear, I shall focus with photographs. When images become inadequate, I shall be content with silence” claimed Ansel Easton Adams, an American photographer and environmentalist who dedicated his life in taking care of our mother earth.

His black-and-white landscape photographs have been extensively printed on calendars, posters, books, and the internet. Adams developed the Zone System as a way to determine proper exposure and adjust the contrast of the final print that resulted clarity and depth which characterized his photographs. He primarily used large-format cameras for high resolution to ensure sharpness in his images. Adams founded the photography group known as Group f/64. He condemned cutting of the great redwood forests and at the age of 27, Adams joined the Sierra Club, a group dedicated to protect the wild places of the earth, and he was hired as the summer caretaker of the Sierra Club visitor center. He remained a member throughout his lifetime and served as a director.

He later stated, "I believe in beauty. I believe in stones and water, air and soil, people and their future and their fate;” the purpose of his art was to reveal the beauty of flora to others and to inspire them. Adams, enjoying a life of hiking, camping, and photographing, developed a beautiful bondage with nature and showed a lot of concern towards it. The music expresser is best known for his iconic images of the American West, including Yosemite National Park which further helped to establish photography among fine arts.

5. “You are the only one who can help yourself in the best ways. Sitting idle worrying will fetch you no-gain.” 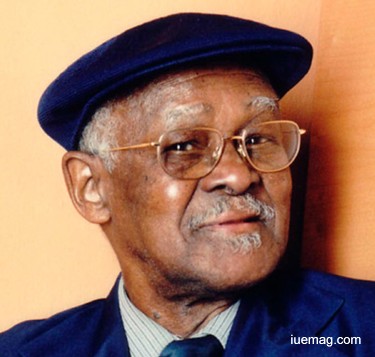 Being orphaned at the age of 12, Ibrahim Ferrer never gave up on life instead, made his living by singing on the streets initially, but joined his first band the very next year. Though Ferrer had some musical success in his native, he didn't become an international sensation until the age of 70, when he became a part of the Buena Vista Social Club. Ferrer was a popular Afro-Cuban singer and musician in Cuba. He performed with many musical groups including the Conjunto Sorpresa, Orquesta Chepin-Choven and Afro-Cuban All Stars.

With his distinctive voice, Ferrer enjoyed his career, making several albums. Musicians in Cuba have never been paid much and Ferrer is one of the remarkable number of vintage musicians who has been supported on a small state pension which he supplemented by the hard earned money he received by shining shoes. The older generations tend to conserve their small pensions by hanging out not far from their open doors. This is exactly where Ferrer was when destiny came knocking and is best explained by Ibrahim's own words, "An angel came and picked me up and said, 'Chico, come and do this record.' I didn't want to do it because I had given up on music. But now I have my own record, my first one ever, so I'm very happy. I don't have to shine shoes anymore." That angel took him to make the Afro-Cuban All Stars CD, A Toda Cuba Le Gusta.
Get the Latest & Recommended articles in your Inbox

This Page Has Inspired
1039
People So Far..
Any facts, figures or references stated here are made by the author & don't reflect the endorsement of iU at all times unless otherwise drafted by official staff at iU. This article was first published here on 20th February 2017.
iU eMagazine
Editorial Team of iU eMagazine