February 23: 5 POWER Lessons From 5 Leaders Who Made History On This DAY!

Miracles happen when strong decisions are made to remain unshaken, when our life encounters challenges. Our abilities remain covered until an eye-opening incident occurs. These lessons below from our leaders can be a great eye-opener to help explore what you are capable of. Read on!
This Page Has Inspired
1025
People So Far..

1. “Eagerness leads to progress! If you are eager to learn, then you will earn your growth.” 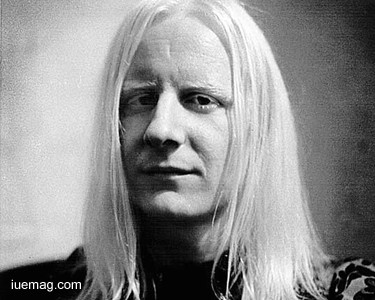 Growth can never be taken for granted. It is paid as a reward for all the hard work you do and all the dedication you show. You can grow faster if and only if sincerity and perfection are at their best. Despite the brutal legacy, as a kid, Johnny winter never hesitated to venture into black neighborhoods to hear and play music. He lived his artistic dream, recording pure blues. His alligator albums earned their way onto rock radio and a video for the song don’t take advantage of me, played on the fledgling MTV network for over six months. But no matter how much commercial success Johnny’s alligator albums received, they never compromised on his commitment to his roots.

Johny, a guitar hero, signed to Columbia records, which was called the largest solo artist deal its time. He immediately laid out the blueprint for his fresh take on classic blues, a prime combination for the legions of fans. Johnny had always been, one of the most respected singers and guitar players in rock and the clear link between British blues-rock and American southern rock. He formed his first band, Johnny and the jammers, at the age of 15.

Later, Johnny winter enjoyed an unparalleled glory in a long life, full of honors and accomplishments which were immortalized by winning the Emmy award. Gibson Guitars released the ‘signature Johnny winter firebird’ guitar that had been his beloved trademark for years. Some of his hits have entered the top 10 billboard blues charts. Two unique instructional dvds have been produced to gratitude players around the world. In addition, winter had headed prestigious events such as Chicago blues festival and more. 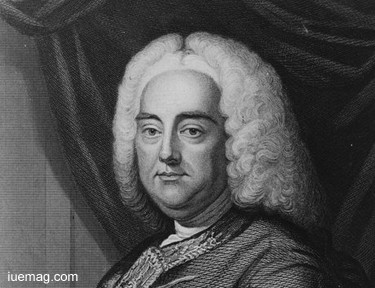 Faith and confidence are at most required to bring out the talent in you. We all just have one life for us to utilize it to the fullest to prove ourselves would certainly credit us with the true joy for fulfilling the purpose of life. George Handel is one such person, who made his mark and highlighted it hard. He was a German-later-British baroque composer who spent the part of his career in London, becoming well known for his operas, oratorios, anthems, and organ concertos. Within 15 years, Handel had started 3 commercial opera companies to supply the English nobility with Italian opera.

Handel met composer and organist Frideric Wilhelm Zachow, who admired Handel’s potential and invited Handel to become his pupil. Under Zachow's guidance, Handel mastered composing for the organ, the oboe and the violin by the time he was 10. From the age of 11 to the time he was 16 or 17, Handel composed at church and made his way to the court organ, where he amazed everyone with his playing. Overhearing this performance, he was recommended for receiving musical instruction. Handel laid the cornerstone for his future choral compositions in the twelve Chandos Anthems and the most famous oratorios in the past were s'Messiah.’ When Handel was 18 years old, he decided to dedicate himself entirely to music, receiving a violinist’s position at the Hamburg Opera’s Goose Market Theater. Though working as a violinist, it was Handel's skill on the organ and harpsichord which began to earn him attention and gave him more opportunities to perform in operas.

3. “Legacy need not be materialistic. It needs to be what drives positivity.”

Women were deprived of fundamental rights such as right to receive formal school education, etc, during olden days. This limitation would trigger every woman but not every woman retaliated to eradicate this boundary. This heroic gentle lady sacrificed her life to bring about a change in the world’s mentalities and decisions. She strived really hard to establish a space for women’s education in the society in order to let prosperity enter every heart and soul dwelling in the world.

Emma Hart Willard was an American women's rights activist who worked in several schools before founding the first school for women's higher education, the Troy Female Seminary in Troy, New York which istill continues. With the success of her school, Willard was able to travel across the country and abroad, to promote education for women. The Troy Female Seminary was renamed the Emma Willard School in her honor. Willard believed that women could master topics like mathematics and philosophy. This passion for women's education made her agitate for the first women's school for higher education. Although most of the students would still end up as housewives, Willard never retarded her students' pursuit towards women's education and continued to fight for their rights. She believed that women's education was something very important and to be worked on.

4. “The purpose of life is not to be happy. It is to have it make some difference that you have lived and lived well.”

Helping one another must be made a priority to land positivity on earth. Ensuring that people are not deprived of their basic rights could be the simplest way to contribute for making this world a better place. William Edward Burghardt (Du Bois) rose to national prominence as the leader of the Niagara Movement, a group of African-American activists who wanted equal rights for blacks. , he insisted on full civil rights and increased political representation, which he believed would be brought about by the African-American intellectual elite. He was an American sociologist, historian, civil rights activist, Pan-Africanist, author and editor, was the first African American to earn a doctorate. Du Bois was one of the co-founders of the National Association for the Advancement of Colored People (NAACP) in 1909. Du Bois He considered this team as the Talented Tenth and trusted that African Americans needed advanced education to develop its leadership.

Racism was the main target of Du Bois's condemnation and he strongly objected lynching, Jim Crow laws and differentiation in education and employment. His cause included people of color particularly Africans and Asians in colonies. He wrote one of the first scientific treatises in American sociology and he published three autobiographies, each of which contains insightful essays on sociology, politics and history. Du Bois believed that capitalism was a main cause of racism and he was generally sympathetic to socialist causes throughout his life. He was an ardent peace activist and advocated nuclear disarmament.

5. “Focused action is an effective path towards your victory.” 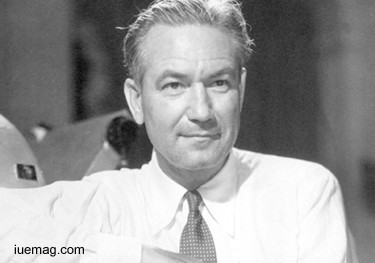 When focus deteriorates, recalling all our dreams would act as a cure to congregate the essential concentration needed to achieve our goals. Academy Award-winning director Victor Lonzo Fleming showed a mechanical aptitude early in life; while working as a car mechanic, he met the director Allan Dwan, who took him on as a camera assistant. He soon rose to the rank of cinematographer, working with both Dwan and D. W. Griffith, and directed his first film.

He directed many successful films such as ‘Gone with the Wind’ and ‘The Wizard of Oz.’ Fleming has two films listed in the top 10 of the American Film Institute. He served in the photographic section during World War I, and acted as chief photographer for President Woodrow Wilson in Versailles, France. Fleming's first feature film as a director was When the Clouds Roll By and he soon became known for creating highly charged scenes of dramatic action.

Fleming faced his own hurdles with the projects. He suffered a nervous collapse and had to temporarily pause his work. However, Fleming's hard work on the two movies rewarded him as both were recognized as famous classics. Fleming received a best director Oscar for his work. Despite his sometimes prickly behavior, actors constantly appreciated the extremely-able Fleming.
Get the Latest & Recommended articles in your Inbox

This Page Has Inspired
1025
People So Far..
Any facts, figures or references stated here are made by the author & don't reflect the endorsement of iU at all times unless otherwise drafted by official staff at iU. This article was first published here on 23rd February 2017.
iU eMagazine
Editorial Team of iU eMagazine