February 25: 5 POWER Lessons From 5 Leaders Who Made History On This DAY!

It is not easy to win, especially after a failure, because it costs a lot to accept the failure with a positive attitude, learn from your failure, and to implement it. And that is when, an ordinary moves on to become extraordinary. Here are lessons from such extraordinary heroes from our history who proved the abilities of human kind. Read on!
This Page Has Inspired
1049
People So Far..

1. “We are all given this life because we are strong enough to live it. We all have the power to overcome challenges. It’s all in the mind!” 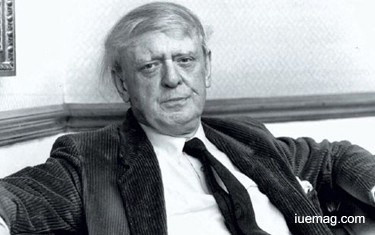 It is our duty to saturate our minds with positivity, ensuring that there is no space for negatives to rule over our thoughts. Not always are we showered with best results for our attempts, but we should ever give up because life cannot be called so if it goes according to our predictions and expectations. Anthony Burgess, an English writer and composer who had relatively modest beginnings but gradually became one of the famous English literary figures. A versatile linguist, Burgess lectured in phonetics, and translated Cyrano de Bergerac, Oedipus the King and the opera Carmen, among others.

Burgess also composed over 250 musical works; he sometimes claimed to consider himself as a composer, though he fetched more success in writing. Lived a greatly solitary childhood, he was not interested in music, until he heard on his home-built radio "a quite incredible flute solo," which he characterized as "sinuous and exotic," and was spellbound. When Burgess informed his family that he wanted to be a composer, they objected. Music was not a subject at school, but at about age 14, he learnt to play the piano all by himself.  Burgess had originally hoped to study music at university, but the music department at the Victoria University of Manchester rejected his application due to his poor grades. So instead, he studied English language and literature there and graduated. Burgess left the army in 1946 with the rank of sergeant-major.

2. “Whenever you learn anything, learn it deeper and wider.” 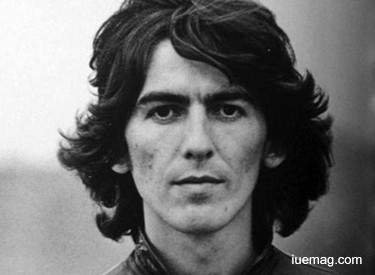 Confining yourself to a particular way would not really facilitate knowledge to expand. Stay open to the happenings around you and set your mind to learn more about what exists in the universe. George Harrison embraced Hindu mythology and helped broaden the horizons of his fellow Beatles as well as their Western audience by incorporating Indian instrumentation in their music. He was an English guitarist, singer, songwriter and music and film producer who achieved international fame as the lead guitarist of the Beatles. Often referred to as "the quiet Beatle” Harrison, having initiated the band's clasping of superior Meditation, he then, developed an association with the Hare Krishna movement.

Harrison released the triple album All Things Must Pass, a critically acclaimed work that produced his most successful hit single, "My Sweet Lord", and introduced his signature sound as a solo artist, the slide guitar. In his role as a music and film producer, Harrison produced acts signed to the Beatles' Apple record label before founding Dark Horse Records and co-founding HandMade Films. He, a prolific recording artist, was featured as a guest guitarist on tracks by Badfinger, Ronnie Wood and Billy Preston, and also collaborated on songs and music with Dylan, Eric Clapton, Ringo Starr and Tom Petty, among others. Harrison's deepened interest in Hinduism and meditation, musically clutched the Carnatic discipline of Indian music and he continued to develop his interest in non-Western instrumentation, playing swarmandal on Strawberry Fields Forever.

3. “Hold on to your interest, give it all the love possible, make it your purpose and you are sure to reach the destination you wish to.” 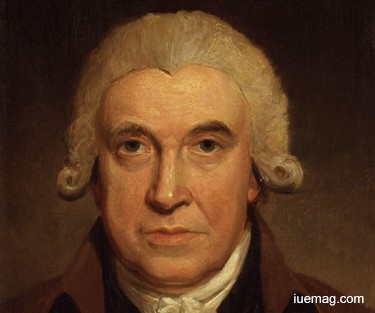 When interest is loved enormously, you are bestowed upon, immense joy, pride and contentment. The same was what happened in the life of Thomas Newcomen who turned the receiving vessel (where the steam was condensed) with a cylinder containing a piston based on Papin's design. Instead of the vacuum drawing in water, it drew down the piston which functioned as a beam engine, Newcomen and his partner John Calley built the first successful engine of this type. A working prototype of this engine is preserved at the Black Country Living Museum.

The British inventor created the first practical steam engine, the Newcomen steam engine. Being a hardware-selling man by trade, he was called a Baptist lay preacher. Born in Dartmouth, Devon, England, to a merchant family and baptised at St. Saviour's Church, Newcomen was soon engaged in trying to improve ways to pump out the water from such mines, during the days when flooding in coal and tin mines was a major problem. His hardware business concentrated on designing, manufacturing and selling tools for the mining industry. Newcomen's great achievement was his steam engine, developed around 1712. The already developed fire engine was not very effective and could not work beyond a limited depth of around thirty feet, hence, proving the efficiency of his beam engine.

4. “Giving up is never the solution to any problem. There is no harm in giving yourself just another chance.”

We are all aware of the fact that none of us are born scholars. We do master our interests, likes and passion during the course of our life; this is surely not a smooth one. Repeatedly trying better each time we fail, rising up after falling down and learning from our mistakes undoubtedly helps us get better each day. Barney Ewell, an American athlete, who won one gold and two silver medals at the 1948 Summer Olympics, was born in poverty. The everyday challenges as a person from the modest background never let Norwood to give up on his dreams. Each day became a step towards his success, while it was never easy at all to take each of those steps. His determination to never give up led him to become one of the world's leading sprinters of the 1940s.

He was the state's greatest high school sprinter-jumper, running 100 m and 200 m races and winning 12 gold medals and championships in collegiate meets between 1940 and 1942. He also won 11 gold medals in AAU national meets. He was an outstanding long jumper as well, leaping 25 feet 2 inches.

At the Olympic Games in London, in the 200 m, Ewell had a close finish but finished a second after the winner did. He was added to the 4 × 100 m relay, hence, the American team rolled to an easy victory. After observing a film of the race, officials reversed the ruling, and Barney Ewell finally had his Olympic gold medal.

5. “The secret ingredient to let no barrier stop you, is dedication and commitment.”

At the age of 55, he competed in a challenge match against one of the top female players in the world, proving the fact that age is a mere number and nothing can take over the spirit to succeed. Bobby Riggs, born Robert Larimore, was an American tennis player who was the World No. 1 or the World co-No 1 player, for three long years; First, as an amateur and then as a professional. He played his first professional tennis match on December 26, 1941.

An excellent table tennis player, as a kid, began playing tennis at age 11. Depending entirely on speed and ball control, he soon began to win his juniors in tournaments. His dedication to be able to give his best every time he was on the field made him one of the most admired tennis players of the world. Even today, the aspirants look upto his work to learn from. Such was the journey of the man who committed himself to give his best and prove himself no matter how old he grew physically. He proved through his journey how one’s ability never needs to be determined by his//her age. Riggs was also the most trusted member of the 1945 league champion 14th Naval District Navy Yard Tennis Team.
Get the Latest & Recommended articles in your Inbox

This Page Has Inspired
1049
People So Far..
Any facts, figures or references stated here are made by the author & don't reflect the endorsement of iU at all times unless otherwise drafted by official staff at iU. This article was first published here on 25th February 2017.
iU eMagazine
Editorial Team of iU eMagazine