February 7: 5 POWER Lessons From 5 Leaders Who Made History On This DAY!

Each of the below lessons derived from the journeys of some of the most amazing and inspiring leaders from our history, are sure to impact your mind, and heart, to help you take the right action to achieve every dream of yours.
This Page Has Inspired
1029
People So Far..

1. “Resources that you have around you don’t really matter to become successful when compared to the resources needed within you, especially desire, drive and a strong belief.” 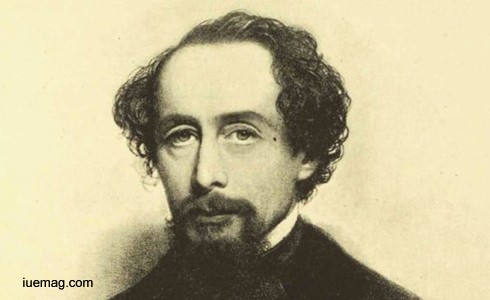 Most times, many complain about what they do not have and why not having a particular resource stops them from moving further. It’s truly important to learn from those who haven’t really had anything except for a deep desire and a strong belief to achieve their goals. Such a person was the man behind some of the most popular novels like 'Oliver Twist', 'A Christmas Carol', and 'Hard Times' among many others.

Charles Dickens, one of the most widely read English authors of all time is considered a literary genius because he created some of the world's best-known fictional characters and is regarded as the greatest novelist of the Victorian era. But his journey was one of the most challenging, one would ever want to take. Born to a financially struggling family, he couldn’t continue his education for long. The situation was worse when his father spent money beyond the family’s means and consequently was sent to prison for debt, when Charles was just 12 years old. After his father's imprisonment, Charles Dickens left school to work in a factory. It certainly wasn’t easy for someone who hasn’t even had a proper education, to create literary works.

Despite his lack of formal education, he edited a weekly journal for 20 years, wrote 15 novels, five novellas, hundreds of short stories and non-fiction articles, lectured and performed extensively, was an indefatigable letter writer, and campaigned vigorously for children's rights, education, and other social reforms. His books have seen more than 200 adaptations for the big screen. His story never fails to awe anyone who learns from it, irrespective of how many times it is read. That’s the power of taking a journey by facing every challenge that comes your way, and moving ahead with a strong belief.

2. “Never look at a problem as a reason to make you fail. Utilize every hurdle as an opportunity to grow higher and to understand your real capability.” 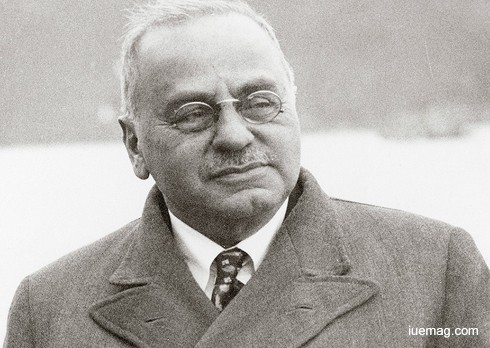 We may rise when we fall the first, second, or probably even the third, but it’s obvious that we stop what we do when we continue to face only challenges more than happiness. True learning is what you do with those challenges that can turn things around to make you a success or a failure. There is none in the world who didn’t face obstacles, but how they tackled them is what made them. An exemplary for this was the journey lived by the renowned physician and psychotherapist, Alfred Adler, who contributed greatly to the field of human psychology. He is also renowned as the founder of the school of Individual Psychology.

Born in Vienna, Austria, to Hungarian parents, Alfred Adler was the third child and the second son in a family of seven children. He was a frail boy, developing rickets during his early years, before being struck by a near-fatal bout of pneumonia at age 5. These serious health conditions, coupled with his rivalry with his older brother, led to feelings of inferiority throughout his childhood. Adler believed that these early life experiences were the major factors which drove him to become an excellent physician.

He started his career as an ophthalmologist but soon switched to general practice. He was one of the first practitioners to provide family and group counseling and to use public education as a way to address community health. He was among the first to write about the social determinants of health and of mental health. His methods greatly influenced the counselling and psychiatric strategies developed in the 20th century. The list of his achievement continues. What is to be noticed is the fact that he used his sorrows, inferiority complex and his health issues’ negative impacts, and transformed them into positive energy to drive him harder to reach higher and help others who suffered through the same. Utilizing one’s own experiences to solve the world’s problems, brought him utmost fame.

3. “It’s okay to not follow what’s followed by everyone; innovation occurs only when you do what’s not followed. Every creation in this world was formed when a stereotype was broken.” 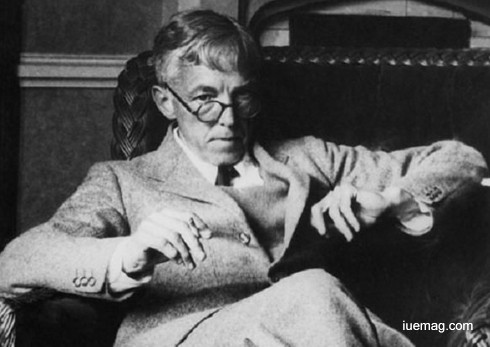 Common people do common things and remain ordinary throughout life. It’s the ‘extra’ thinking that matters the most, to become extraordinary. Today, most people want to play safe by doing what’s already predefined, to achieve results. Risks aren’t taken by many because of the fear of failure, but those who took risks, are today known as legends. Life and its success are defined by how ready you are to do something that’s not believed in. Out of those legends who broke the barriers and continue to live through their work, G.H. Hardy, a great British mathematician, is always remembered as the man who all British traditions of dwelling in ‘Applied mathematics’ and became a prominent figure in pure mathematics.

Hardy, who is also known as the mentor of the great Indian mathematician Srinivasa Ramanujan, brought great many changes in common man’s understanding of mathematics through his contribution. Remember, it was his initial decision to risk his career and do something what was not believed in, made him the father of Pure mathematics. Of course, criticism and less support from his peers was faced, but his determination to not give up, is what led to today’s world being able to learn mathematics in an easier way.

4. “You’re never too old to start. It’s the fire in you, which truly matters.” 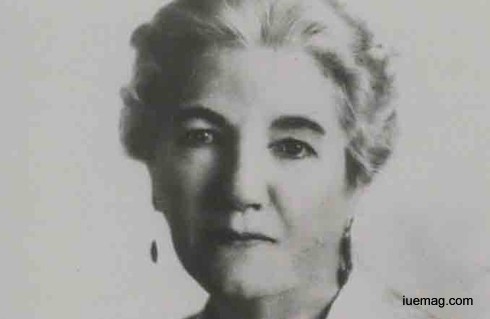 Many a times, we’ve heard many of our parents say ‘I can’t’ when you try to help them learn something new. The journey of Laura Ingalls Wilder, an American writer who became renowned for the ‘Little House’ series of children novels, can be the most appropriate example you can give your parent or any elderly person who resists to start, just because of his/her age.

Her early life was a bit unconventional—her family moved to different locations, which resulted in Wilder and her siblings most times teaching themselves and each other. Her family needed additional income; Just 15 years old, she signed on to teach at a one-room country schoolhouse 12 miles from her parents' home, the first of several teaching jobs. In 1910, when Wilder was 43, Wilder's daughter, Rose Wilder Lane, by then grown up and a reporter for the San Francisco Bulletin, encouraged her mother to write about her childhood. Wilder's first attempt at writing an autobiography, called ‘Pioneer Girl,’ was uniformly rejected by publishers. Determined to succeed, Wilder spent the next several years reworking her writing, including switching the title and changing the story to be told from the third-person perspective.

In 1932, Laura Wilder, at the age of 65, published ‘Little House in the Big Woods,’ her first book. With Wilder worked with her daughter working on the manuscripts, in what would become an autobiographical series of children's books, collectively called the "Little House" books. Wilder completed the last book in the "Little House" series when she was 76 years old. This inspiring journey is sure to ignite every soul to think “If Wilder could do, why can’t I?”

5. “Making it big definitely takes time – days, months, years, or decades, but you’re sure to reach the pinnacle, with the biggest secret of success – never give up!” 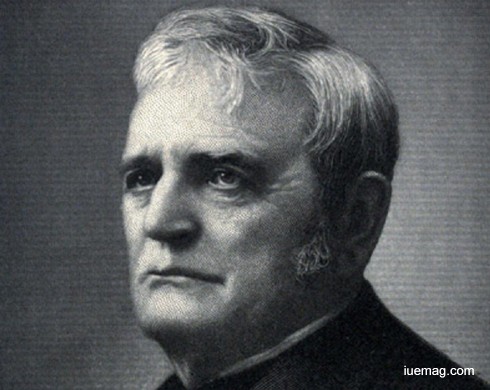 When we continue to do the same task for days, we begin to feel low when we don’t feel the growth, but it is often forgotten that this is simply the foundation of a successful life. It’s important to stay strong and move ahead determined to make it happen at all costs without giving up. When people don’t even wait for a few months to get results, this man had to keep moving for almost 20 long years to begin to make it bigger in his entrepreneurial journey. But the wait was worth it!

John Deere was an American inventor and manufacturer, who developed the first commercially successful, self-scouring steel plow. Raised by a mother with an inadequate income, John Deere's education was probably rudimentary and limited to the public schools of Vermont. At the age of 17, he apprenticed himself and learned the trade of blacksmithing. He spent the next 12 years keeping busy with his trade in various towns around Vermont. Facing a tough business environment, in 1837, a 33-year-old Deere headed west, eventually settling in Grand Detour, Illinois.

As a blacksmith, Deere found himself making the same repairs to plows again and again, realizing that th plow used in the eastern United States was not up to the task of breaking through the thick, heavy soils. Experimenting with new plow designs and pitching the finished product to local farmers, he was able to sell three plows by 1838. He had produced 10 by the following year, and 40 more the next year. Increasing demand led Deere to produce more plows, and by 1846, production had risen dramatically and the company was soon producing other tools to complement its steel plow. Today, Deere & Company (NYSE: DE) is a world leader in providing advanced products and services and is committed to the success of customers.

Each of these 5 lessons from these 5 great leaders have proven to be the most important requirements to succeed in life. What more do we require to START NOW? It’s high time for ACTION!
Get the Latest & Recommended articles in your Inbox

This Page Has Inspired
1029
People So Far..
Any facts, figures or references stated here are made by the author & don't reflect the endorsement of iU at all times unless otherwise drafted by official staff at iU. This article was first published here on 7th February 2017.
iU eMagazine
Editorial Team of iU eMagazine