We, humans, had conventionally been into organic food since ages. Then there came an era when the population stats soared high, and the food demands peaked. We saw famines and malnutrition that invoked a need to develop and implement novel methods to increase the yield up to several times the existent total produce.
This Page Has Inspired
22854
People So Far..
Intense Research and a targeted approach led to the invention and production of chemical fertilizers, pesticides, fungicides, herbicides, insecticides and GMOs (Genetically Modified Organisms) on a large scale. Although the approach boosted the production and was able to resolve famine crisis up to some extent, a huge drop in the nutritional value of plant & animal food products occurred. 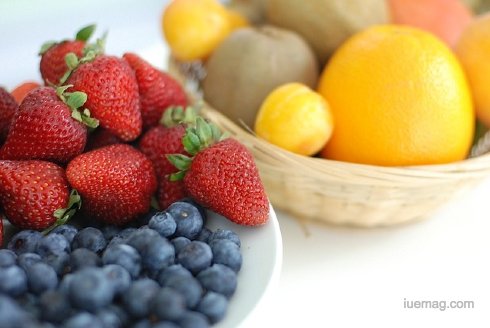 The benefits of Organic food are now being realized through a collective conscience and are being adopted increasingly by the Indian populace. 62% Households in upper-end segment prefer organic food now, According to ASSOCHAM (Associated Chambers of Commerce and Industry of India). These foods are costly at the moment, but their demand and heartily opt ins will bring their prices down gradually.


Organic foods have the edge over inorganic food by having a better Taste, being Chemical free, ecosystem savior, reducing water and soil pollution, preserving agricultural diversity and keeping the future of our children safe.

Organic Vegetables with 68% consumption top the list. Vegetables like Spinach, Tomatoes, Cauliflower, Potato, Bitter gourd, Carrot, Capsicum, Green chili, Brinjal constitute a significant part of the offered organic vegetable option.
The organic produce mostly has the exposure of humans rather than the toxic chemicals and fertilizers that are why they are hand weeded and densely planted.

Organic Fruits constitute a 52% of consumption of organic food products in India and stand second. Fruits like Alphonso Mangoes, Pomegranates, Bananas, Peaches, Apples are the most bought organic plant products.
No shots of Ethylene Hormones and Quick ripening chemicals like acetylene gas (released when calcium carbide comes in contact with water)are used. These are commonly used to ripen Apples, Bananas, and Mangoes.

The Quality of organic fruits is so fine that you can feel the consistent sweetness up to the core of the fruit, unlike chemically ripened fruits. 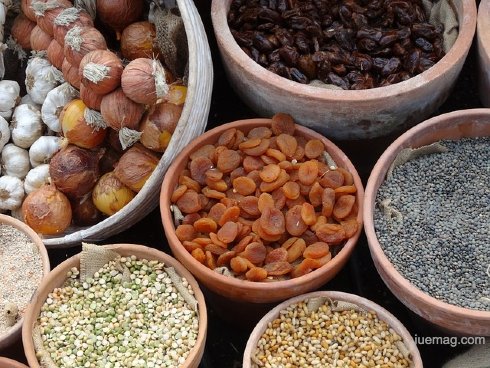 Organic pulses make for 51% consumption by Indian consumers. The pulses that feature this category include Moong, Chana, Toor, Masoor, Urad, Arhar, Kidney Beans, etc. Organically grown pulses are sweeter and enriched with high nutritional elements. The aroma of cooked organic pulses speaks for itself and its elite level. To grow organic pulse crops, crop rotations, mulches and mechanical control like practices are used.

Organic Food grains make for 50% of their consumption. Thanks to the awareness and health conscious factor that has elicited this behavior from the Indian consumers. Products include Wheat, Millet, Corn, Maize, and Rice.
Instead of using Synthetic Nitrogen Fertilizers and persistent Herbicides and Pesticides, mulches, organic fertilizers, and Cow dung compost are used.

In the list of Organic Food products, 45% Organic Milk is consumed. Organic Milk simply means the milk obtained from cows that are not treated with growth hormones and antibiotics, are fed 100% Organic and allowed to graze. This is done to ensure the produced milk is free from any undesired chemicals because the cattle’s produce is affected by what they eat.

Organic Meat is provided from animals raised without treating, feeding and exposing them to Radiation, Herbicides, Pesticides, Sewage Sludge, additives, preservatives or Genetically Modified Organisms. They are fed grass, grains, berries, seeds and green leafy plants.
Organic Meat is enriched with Omega-3 and CLA and is a healthier option than non-organic meats.

Most Indians are diverting towards organic tea. The reason is more flavored leaves and higher nutritional values. Organic Tea cultivation relies up on the conventional methods of farming to produce high-quality green leaves.
Hand weeding is done to avoid herbicides and weeded out plant material is mixed with Cow dung and used as the fertilizer. To repel the insects, cow urine is used.

Organic Eggs produced from organic chicken are kept on a natural diet and grains devoid of antibiotics, chemicals, eggshells and ground bones. The chickens are not caged. The difference can be seen in the egg’s yolk being slightly more orange.

Subscribe!
Being in a digitalized india, you can buy these organic food products at online Markets like Big Basket, IndiaMart, Amazon, fabindia and Nature Basket or over the Official Sites of Organic Food Brands or simply at your local market or supermarket.

Keeping in mind the popularity of these products many Ecommerce websites are taking the best out of this situation and offer greater deals and coupons like BigBasket coupon, Grofers Coupon, etc to their customers.

Many Ecommerce as well as coupon/discount sites are now focusing on Organic Products as a result of which Customers are getting these products at a lower price. So it is expected that gradually the use of inorganic products will decrease in coming years.
Copyrights © 2023 Inspiration Unlimited eMagazine

This Page Has Inspired
22854
People So Far..
Any facts, figures or references stated here are made by the author & don't reflect the endorsement of iU at all times unless otherwise drafted by official staff at iU. This article was first published here on 9th August 2017.