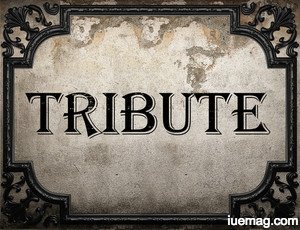 Last evening my child was crying with pain in her legs, she asked me `papa, will you please massage my legs’. I said no. A few minutes later I saw my wife rubbing her legs without any request made to her by my child. It transported me back to a couple of months and I had to confirm once again that mama is mama and no one can beat her as far as love for her child is concerned.

I remember last December. My mother was sick. But she was not bed ridden. I had never seen her bed ridden. Even if she was sick very sick. She was suffering from the malignancy. But I had never seen her bed ridden. Last time I was sent on an official visit to my home town. I was busy with my engagements and she was moving and serving me. She was watchful for my lunch and dinner. I was least aware that these are going to be my last days with her.

My mother had a bold and striking look. She was domineering and hers were always the last words. She always dictated terms to us. I had seen her always in commanding position. That was her way. And we were used to it. Sometimes I clashed, retaliated and reacted due to my obdurate nature against my mother’s authoritative personality.

But she had changed drastically when I last met her. She was calm and quiet but her aura had gone. Her individuality had shrunk. Now she did not look my mother but her shadow only. She moved and walked. Sometimes she complained of pain but never stopped her errands and her love for her children. She could not eat due to mouth ulcer but never forgot to serve me meal. But that was not enough. She was always eager for more and more servings. To feed her children and give us a comfortable sleep was all she wanted.

Due to malignancy my brothers had taken her to TATA hospital for better treatment but by the time the disease was detected it was too late. It had come to the last stage and the doctors advised us to go back to our home town and see a good doctor over there. Most probably now it was not their cup of tea. My siblings understood what they meant; but I couldn’t, because I was not ready to believe the imminent danger. I was taking everything nonchalantly and never expected that gravity.

That night I was sleeping in my room. It had two big ventilations. It was the last day of November and winter had begun. I was sleeping and cold wind was gushing in through it. I was asleep but it was sure that in the morning I would be suffering from severe headache due to cold wind. My mother came at night put a bed sheet on mosquito net above my head. Now I was safe from cold. In the morning when I saw the whole thing my heart cried to see her affection care and love for me. Due to that excessive pain neither could she eat nor sleep but she never forgot to make me comfortable. This much caress made my heart howl. I told her this. She did not say anything. She repeated the same thing the next night, the last night…

Next morning when my brother wanted to take her for radiation, she was not ready for that. She went on rooftop and stayed there for a long time. When my brother convinced her that this is essential and she will be completely cured, she agreed to go for radiation. She went for radiation on foot which was about 500 meters away from home. She went never to come back again. She came home dead.

I remember her every time. Some Indian in American casing consoled me don’t take it too seriously. After all birth is a biological process. I agreed with him. Birth is of course a biological process but I could not understand that process through which she sacrifificed most of her personal aspirations and ambitions to fulfill our needs and demands. I could not understand that psychological process of her mind through which she served us food even if she was not able to eat. She was restless and unable to sleep but tried for my comfortable sleep.

That afternoon, she started bleeding just after the radiation and there was no oncology surgeon in that hospital. We had to take her to a different hospital. Nurses were changing her clothes and preparing her for Operation Theater. She smiled at the OT dress. Some of our relatives also came during that time to meet mother. She gestured towards me to them, without uttering a single word, as if she were requesting them to take my care.

It was difficult for me to understand which biological process worked for all those sentiments which she had for me. Now she is no more. My home, from which I originally belong, is broken. The home maker is no more. I lost my mother. I lost my home. My wife has created one but that is not mine. Perhaps that is for my children, for their sweet and sour memories. Mine is finished.

This Page Has Inspired
1106
People So Far..
Any facts, figures or references stated here are made by the author & don't reflect the endorsement of iU at all times unless otherwise drafted by official staff at iU. This article was first published here on 11th August 2018.
Dr. Rajiva Ranjan
Dr. Rajiva Ranjan is a Professor in English.