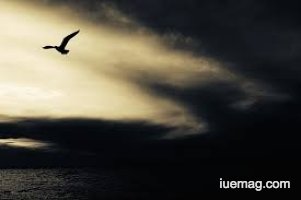 Whether we realise it or not, every single one of us craves for a little more independence than what we have today - be it in the tasks we do, or the lives we live- It is the single most important thing, that gives us happiness, like no other. Except for maybe love, which might sound like contradictory, but there’s a famous quote which says, Love in such a way that the one you love feels free! Since I am no expert on the subject, and since my definitions would gobble up an entire article’s space if I were to comment on it, I abstain.

How many bourbons (*insert your favourite eatable here, if you’re not a bourbon fan!*) would you buy today, and tomorrow, and overmorrow, and the day after, and so on (with no end date fixed for this) if you had total freedom to? No questions asked, no money required, nothing. All you have to do is ask, and it shall appear in front of you. (No no, not by magic. I’m not involving any magical genie here. Let’s just say that the shop that you go to has unlimited fresh stock at all points of time, and the owner is so filthy rich that he absolutely doesn’t mind meeting your meagre whims of bourbon, everyday, for the whole of your lifetime.)

Maybe the number of bourbons you pick up would be drastically high in the beginning, and maybe, just maybe, it would go on for quite some time. (Depending on how many times you have been deprived of Bourbon every time you craves for it.) But for how long? Anyway if it continued without restraint for a long period, the restricting factor would be tooth cavities! Let’s say the doctor STILL doesn’t tell you, to stop eating bourbon! Would you continue eating it? Let’s say you still did. Making sure that the bourbon didn’t touch the tooth with the cavity. Soon after, most teeth would be infested- of that, there’s no doubt. But, could you for a moment, picture this? I could tell you what I would do, but I want you to take a moment to think about, for how long do you think you would go on with this madness? (And it is pure madness, in case you haven’t come to that conclusion by now, all on your own.)

Salary might make people happy, but can it equal the trust your boss has on you (and some independence that comes with it, on decisions taken for your work?)? Of course not. Well, maybe it’s easy to say. Let’s put it into perspective. If survival needs are met, let’s say that there are two options for you:

One, a job that lets you save 50% of your salary, after discounting your total monthly expenditure. Here, you are given a job that you are fairly skilled at, and the person who supervises your work trusts you. This translates to you having time to upskill yourself further, while performing well at your current role, it also means you getting to represent your supervisor/manager/boss, when he is absent at work, which means a window to greater learning, and bigger opportunities. This also means you could be your superior’s friend at the end of the day, be open, have candid discussions and know it would be taken right.

Two, a job that lets you save 75% of your salary, after discounting your total monthly expenditure. Here, since the pay is higher than the first option, the work that is expected of you is also more. Maybe not in terms of quantity, but in terms of decision making, in terms of stakes of the profits and losses the company incurs, based on the decisions you make. If this job is taken up purely based on the pay scale, say. (Remember high school mathematics? First make an assumption, and prove that the assumption is wrong.
Hint- That’s where I’m getting at! Making an assumption that money, matters, more than independence.) Without the necessary skill for the job, almost every decision would need to be double-checked by your supervisor. Since the assumption is that you are not suited for the role, there would be corrections needed atleast 80% of the times, which means re-work. Since decision making won’t involve the same conditions for each contract, there won’t be a hard and fast formula which can be applied, to get more accurate with results. Since there is also re-work involved, it would mean lesser time to focus on the things that you are actually good at, where your strengths truly lie, and upskill. Motivation? Well, you tell me.


India has walked a long way, longer than this sixty, today. She is well into her seventy second year of independence, the taste of which we all are lucky enough to enjoy.

I need not talk about how freedom makes us feel, we already know the taste of it. When our parents trust us to come back home late, knowing that we are onto something worthwhile- that is freedom. If we use it wrongly, the price is ours to pay, which will definitely not be worth it. When our teachers and mentors let us work with deadlines of our own- that is freedom. If we don’t use the time we have well, no one on this planet is rich enough from whom, we can buy this commodity called time. And time, is always ticking.

To this day, it has been seventy two years. Seventy two years since citizens of our nation have no longer had a reason to fight in the name of independence, seventy two years since India got her fresh lease of air. We live in the times where our nation’s independence is a given, we only need to focus on what we do with the individual freedom that is a gift, if not a given- depending on our gender, caste, creed, age, and colour. If we use it right, maybe, just maybe, there wouldn’t be any prison that will house a human, in the coming seventy two years. A truly free nation will be one that stands on balance, and never, the other way around.
Wishing all my fellow Indians, wherever in the world you are today, a Happy Independence Day! May we imbibe this vibe into everything that we do, may the tribe of those independent and free, stay the long haul and prosper, in prose, and in poetry!
Copyrights © 2023 Inspiration Unlimited eMagazine

This Page Has Inspired
1077
People So Far..
Any facts, figures or references stated here are made by the author & don't reflect the endorsement of iU at all times unless otherwise drafted by official staff at iU. This article was first published here on 15th August 2018.
Sandhya Nagaraj
Sandhya Nagaraj is a contributing writer at Inspiration Unlimited eMagazine.