Trillion dollar brands have too many things unique about them to observe and learn from. Here's something we at iu emagazine found very interesting. Read ON!
This Page Has Inspired
1092
People So Far.. 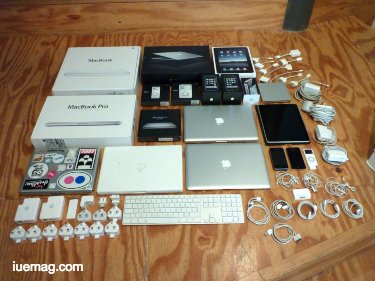 Starting with the leadership of Steve Jobs, insane vision, terrific culture & so much more in their DNA they have exhibited that in every thing that they have ever done. Whilst the world is talking several reasons, analysts have scores of matrices & parameters to analyze, here's one reason that would have missed every analyst in the world that makes apple so valuable. At Inspiration Unlimited eMagazine, we believe in a perspective unseen or never seen; An insight that missed many others, something simple that everyone would think would never make it to the greater list of impactful things, but often noticed those are the things of interest. Hence, yet again, here's something we observed & think it's of value to note.

Apple never posted a single tweet from their handle nor liked any nor replied to any of their mentions. You can check this at https://twitter.com/apple. You can also visit their verified facebook page and see for yourself that they haven’t posted a single update on their facebook page either. Even apple might have gotten tempted to use FB Page of theirs is why they went on to change their cover image 4 times on one single day when iPhone X was going to enter the market. They received 238k likes (as of date of publication) for their cover image posted but even that never got them in believing they must ever do it again. Now what does that possibly mean?

While the whole world is depleting budgets on digital media managers, design heads, content teams & developers, apple must have spent that chunk of their money for product development, PR & outreach on social media rather than creating content & managing communications on them. They knew it from day 1 that this must not be done no matter how compelling & lucrative it gets. They must have had times when the virality kicking on various social media platforms must have lured them into believing in the buzz word “engagement” but they still kept themselves under control.
Get the Latest & Recommended articles in your Inbox

Their greatest engagement that they ever believed in was with their product, their teams, their obsession with quality, development of world class phones & features. They got us the feel, consistency, love, madness, brand value, perception, recognition, efficiency, longevity, reliability & so much more. They engaged with customers at store rather than on social media.

This is a true example that a CEO defines a culture & organization grows around it. The philosophies, the decisions at all levels build around it. Their understanding that doing any engagement or content development activity on social media isn't of real immediate value to them kept them into the zone of doing what matters MOST. We think that's what makes them a trillion dollar worth company!

Are you looking at temporary acknowledgement? Engagement that feels good and rewards immediately? OR do you have time to invest in your idea or want to invest time on an idea that's truly worth your time? Let the social engagement buzz help you if that's the only thing that could work for you & fetch you what success might mean to you, but if you are looking at creating massive value you might want to learn from the ones who built a trillion dollar value & didn't give in to social media engagement buzz. They do build ads on social media and promote them but never really work on a tweet/post to keep you posted. Their work does!  What's your take?
Copyrights © 2023 Inspiration Unlimited eMagazine

This Page Has Inspired
1092
People So Far..
Any facts, figures or references stated here are made by the author & don't reflect the endorsement of iU at all times unless otherwise drafted by official staff at iU. This article was first published here on 8th August 2018.
iU eMagazine
Editorial Team of iU eMagazine