If you have Failed at something- It is Okay!! 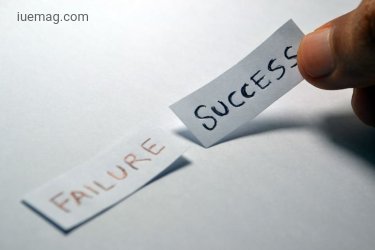 “Failure is the stepping stone to Success”- Ever heard this adage and wondered why did we have to get scolded by the Parents, get taunted by the people around us when we might have failed in a subject in our childhood?

The matter of fact is that the society at large (in many countries) is still not receptive to the Failures. Failure is viewed as an inability or a weakness of a person instead of an Observation. Let’s be honest, it does get disheartening when we have failed at something. In those moments, we would least expect to be scolded or taunted for the same. It gets much worse growing up and we end up developing the ‘Fear of Failure’. It is not the fear of the Failure; it is the Fear of the experience that we might have to go through post that.

Fear of Failure is worse than the Fear Itself: 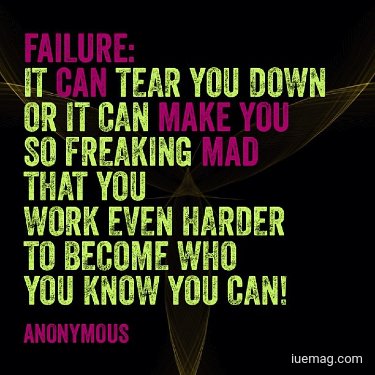 We truly didn’t deserve to go through those scolding from our Parents, taunts, and mocks from our Friends and embarrassment in front of Teachers, the inferiority complex that we felt, and the feeling of shame in facing those same people every day. It literally Killed our Confidence in ourselves, isn’t it?

With the Fear of Failure growing at every step since our childhood, we stopped trying new things. We are scared to venture into the unknown; we are scared to be a part of the activities that we might have in our schools or our colleges fearing that we will fail; we are scared to express our opinions in public fearing the Failure; we are happy to just be with ourselves and lock ourselves from all the brilliant experiences the world has to offer because of the Fear of Failure. 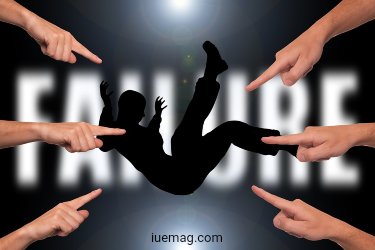 Ever happened that when the Teacher asked a question and you knew the answer but didn’t raise your hand fearing the mock by your Friends?

Ever happened that you wanted to take the stage in a company meeting and share some valuable insights but you didn’t because you feared the Failure?

Ever happened that you thought of Writing a book but scraped the idea thinking you would never be able to complete it or no one would read it?

Ever happened that you had a dream of becoming a Singer or a Poet and you crushed it and you are leading a normal life that others wanted you to?

Ever happened that you thought you had a Startup Idea but never got started with it fearing what if it fails?

Ever happened that you wanted to do take up an offbeat Career (Ex: Sportsperson) but settled for a normal one for the amount of risk involved and fear of failing?

And many more such examples of our lives wherein we have given up so many things fearing what the society might think about us if we failed. If the Fear of Failure wasn’t enough, it came along with ‘what will people think about me’ Fear and the results are a devastating lot of people who have given up ‘Trying new things’ in their Life. It saddens me that when we ask a youngster about what their Dreams are, the answer is ‘Settle in my Life with a Job’ (the situation with many if not all).

The Failure, Going Wrong, Mistakes are not supposed to be considered as a Crime (not literally though) and punished. Failures are supposed to make us learn about ourselves.

Just imagine if the Parents encouraged Failures, if you Failed in a subject, first try to figure out what are you good at and help you excel in that and side by side helped you get better at the subject that you might not be good at. What if they analyzed and figured out that you might not be that good at Academics but you outshine many others in Sports and encouraged you in that direction. What if your Friends stood by you and supported you telling “It’s Okay”. In those moments when you failed, probably the only thing you were looking for is someone to tell “It’s Okay!” and not make a big deal out of it. 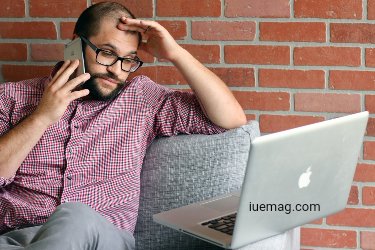 So You, the reader & my dear friend, if you have gone through any of the above and felt the same way, through this article, let me tell you- “It’s Okay!”

You failed in an exam in your childhood- It’s Okay!

You tried writing an essay in a competition but couldn’t make it- It’s Okay!

You made a Greeting Card for your brother/friend for their Birthday and there was a mistake- It’s Okay!

You tried but couldn’t excel at Sports- It’s Okay!

You tried singing a song on stage in the School’s annual function but that Failed- It’s Okay!

You chose a hard stream, you took it as a challenge but Failed- It’s Okay!

You tried your hands at a Career but it didn’t work out- It’s Okay!

You tried writing an article for a magazine but it wasn’t accepted- It’s Okay!

You tried something new in your work but Failed- It’s Okay!

You tried your best but failed in your Relationship- It’s Okay!

You started a company but the product failed- It’s Okay!

It is Okay is you fail but it is not Okay if you stop! At lease “You Tried!”.

“Fail, but don’t Stop” is something that we need to learn from all those who Failed but persevered.
Need examples? Here they are:

- Before Colonel Sanders stared KFC aged 62, he was considered as a Failure in many Careers including as a lawyer and as a salesman selling various wares including lamps, insurance, and tires.

- Michael Jordan was thrown out of his high school Basketball Team

- Stephen King, a prolific Author, was rejected 30 times for his novel “Carrie”

Numerous such people have failed but have not stopped. If they had stopped then, we might have missed the wonders that they have ended up creating. 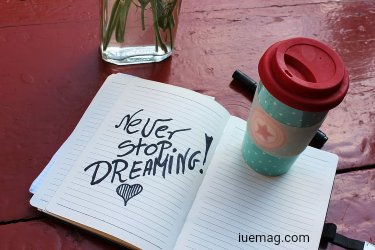 Now, let’s flip the coin of Failure and look at the other side of it: The Benefits

1. Failure builds Resilience: Failure builds the resilience and strength in us which is unparalleled. A lesser or an equal intensity of Struggle that we have already faced, won’t be able to shake us anymore.

4. Failure helps us in overcoming the Fear: Once you have done an activity, you have overcome the Fear of Unknown and the Fear of Doing.

5. Failure helps with Clarity: Failures help us clear the mess and bring us to focus on what’s necessary.

6. Failure gets us to Recommit to our Goals: Once we have failed, the commitment to Win the next time increases.
Get the Latest & Recommended articles in your Inbox

Subscribe!
So, try more things in your life. Life is just once! And the next time you happen to fail, rejoice it; make a note of the lessons that you could learn from it, and get into the next set of things with a stronger momentum and Focus!
Copyrights © 2023 Inspiration Unlimited eMagazine

This Page Has Inspired
1069
People So Far..
Any facts, figures or references stated here are made by the author & don't reflect the endorsement of iU at all times unless otherwise drafted by official staff at iU. This article was first published here on 20th August 2020.
Kunal Jain
Kunal Jain works as an Outreach Specialist at iU