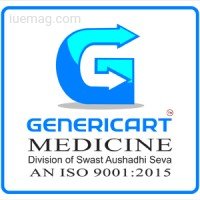 With the common man becoming increasingly aware of Generic medicine and its demand gathering momentum, India’s leading chain of generic medicine stores – Genericart, is all set for a Pan India expansion.

Salim Sayyed and Shripad Kolhatkar, Director Genericart, mentioned how they had started their first shop at Miraj (Dist Sangli) Maharashtra on 6 July 2015. Initially, they had to contend with the lack of awareness about generic medicines amongst common people including doctors. They had undertaken a survey amongst 25000 people to gauge their knowledge and awareness of Generic Medicines.

Tracing the journey from its inception to the present day, they said that today Genericart Medicine is an established leading drug store chain of Generic Medicines in India with an ISO 9001-2015 recognition. They are currently engaged in appointing franchisees of Generic Medicine shops all across India. There are more than 1100 registered shops of the company currently, named SWAST AUSHADHI SEVA /GENERICART MEDICINE in Maharashtra as well as in Karnataka and Kerala. They are happy that they have a satisfied customer base of more than 60 lakh customers who are availing benefits from their shops.

The focus and objective of the company right from the very beginning had been to overcome the perception of the general public that generic medicines were substandard. They took great care to work towards emphasizing the good quality of their medicines.

Their future plans include expanding to 2500 outlets in India in the next 10 years across various states. The response that they have received so far is encouraging. People coming to their outlets suffer from various ailments including diabetes, cardiac-related issues, thyroid, and other diseases, and are mostly above the age group of 40. They mentioned that they have more than 1200 products. 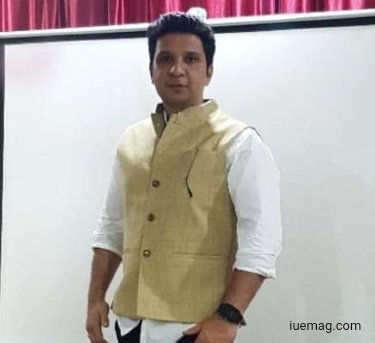 To address quality concerns that may still be existing in the minds of a few people, they added that they ensure quality medicines from GMP and WHO- GMP ( Good Manufacturing Practices ) certified manufacturing units. There are many doctors who are supporting them and this, apart from adding credibility and instilling confidence in the masses also helps promote awareness amongst people.

The Directors added that they derive great satisfaction from the facts that other than delivering medicines to the patients at lower costs and being affordable and cost-effective, the company has generated more than 10,000 jobs directly and indirectly so far.

This Page Has Inspired
1158
People So Far..
Any facts, figures or references stated here are made by the author & don't reflect the endorsement of iU at all times unless otherwise drafted by official staff at iU. This article was first published here on 4th August 2020.