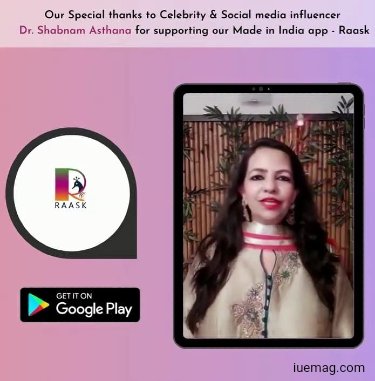 In a bid to fill in the gap and fulfill the demand arising after the ban of 59 Chinese made apps by the Government of India, Media Officers – a digital marketing and web design & development agency based in Rupnagar, Punjab recently launched Raask an app similar to TikTok.

With a strong focus on promoting the spirit of India, Raask retains the Indian appeal in its logo, colors, and name. The Raask logo depicts the image of the Peacock, which is India’s National bird. The vibrant colors used in the logo are a symbolic representation of the unity in the diversity culture of India. The name Raask originates from Sanskrit and means a form of entertainment.

This app is highly user friendly. It is extremely engaging and its features permit the creation and sharing of short videos through its social media platform. In addition to this, its other advanced features include video dubbing, the use of a wide choice of filters, and various innovative add ons. The users can avail a totally immersive experience while editing, sharing, liking, and commenting too.

As a responsible initiative and as a mark of its commitment to society, Media Officers has earmarked 10% of its Raask revenue as a donation for needy artists towards their upliftment.

Rudhrah Keshav, Rudhrah Gourav, and Saurabh Dingra, Directors of the company were very happy with the initial response to this app, pre, and post-launch. The numerous questions that came their way from potential users were whether they could look forward to a similar app like TikTok? Could India make an app like Tik Tok? And they happily answered it on one word – Raask. A sum of all their efforts. 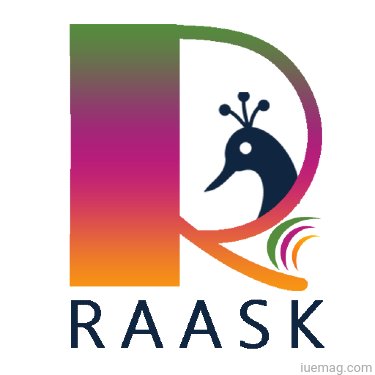 Talking about one such popular social media influencer, and PR expert, Dr. Shabnam Asthana, Director, Rudhrah Gourav mentioned that she had lent her support to their Made in India app – Raask.

Dr. Shabnam Asthana commented on the importance of staying connected through social media. She went on to add how social media apps encourage bonding that need not necessarily be for business purposes. “In today’s fast-paced world, an app like Raask will help us de-stress. I am so elated that we have the capability, expertise, and inclination in India to replace the banned apps and promote local talent.” Raask allows the user to engage with the audience through high-quality content, delivered in the form of posts or videos. “I am a great social app user myself. While showcasing my creativity, it provides me immense joy and fun in my leisure time. I am particularly happy that with the launch of Raask deserving and needy artists will get a fillip with the 10 % donation initiative.”

Many other well- known and Internationally respected voices like Dr. Shabnam Asthana have joined in to support this movement. Raask today is well positioned on the springboard of success, ready and geared up to race up the popularity chart for its users.
Get the Latest & Recommended articles in your Inbox

This Page Has Inspired
1135
People So Far..
Any facts, figures or references stated here are made by the author & don't reflect the endorsement of iU at all times unless otherwise drafted by official staff at iU. This article was first published here on 4th August 2020.