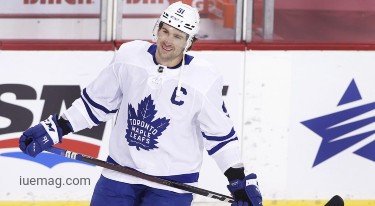 Toronto Maple Leafs center John Tavares insists he’s fine after healing from a concussion and knee injury suffered during the Stanley Cup Playoffs. In fact, he says he’s “doing fantastic” and is expected to be available for the start of training camp.

"It's been a great offseason for myself from a health standpoint, but even more so, I think just continue to get back to work and try to get better and recover well,'' the 30-year-old told NHL Network.

"I think [having] some time really helps. Really fortunate it wasn't anything much more than the incident and [I] really came out of the hospital doing really well ever since, and didn't really have any hiccups or any issues. Just kind of kept building from there. So it's been a good offseason and I'm doing great. The support from the hockey community has been tremendous."

The Maple Leafs captain spent a night in hospital following the nasty injury he sustained in Game 1 of the postseason series vs. the Montreal Canadiens in May. The incident was pretty sickening as he fell after getting checked by an opposing defenseman in the form of Ben Chiarot before getting hit in the head by Montreal’s Corey Perry’s knee.

Of course, he was unable to return and Toronto lost the final three games of the seven-game series. However, he took part in an optional morning skate before Game 7 at the end of May. Kyle Dubas revealed the player would be ready for camp when it begins in mid-September, with the general manager telling TSN Toronto 1050 as much last month.

The team captain also claims to have benefitted from the recent informal workouts, which have gotten him up to speed on the back of his recovery.

"For me, it was nice to just kind of get back out and work on some things I wanted to work on," he said, "come off the injury and be on the ice a lot, get a good feel for my game and build from there with a good group of guys."

The Canadian star was the Maple Leafs’ third-leading scorer last season, posting 50 points off 19 goals and 31 assists, and notes receiving inspiration from teammate Auston Matthews, who spoke of his belief in the team earlier in August.

"I truly believe that we're going to get it done. We're going to be better from our losses, and from the adversity that we faced." 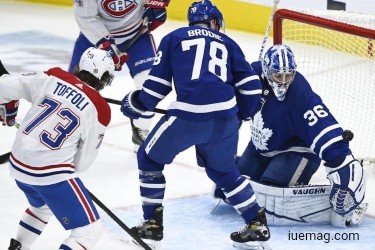 Toronto finished 35-14-7 last season, topping the Scotia North Division but failed to make it out of the first round of the playoffs for the fifth consecutive season. The Maple Leafs haven’t gotten to the second round since 2004 but the best sports betting sites in Canada have them down 12/1 to win the Stanley Cup next term.

"I love it," Tavares said, referring to Matthews' comments. "We go out there and play to win. And you believe in yourself, you believe in your group and your team. And I think we've shown many great things in my time here over my first three years and obviously, we've had some really tough endings to our season, but we've just got to keep knocking and banging on that door until we knock it down."

Matthews, 23, led the NHL in scoring with 41 goals in 52 games last season and was tied for fifth in points with 66. Unlike Tavares, he isn’t expected to make the start of training camp after having an operation on his wrist on August 13. The surgery should leave the center out for a minimum of six weeks.

"That's one of the best players in the world," Tavares said. "[He] had a tremendous season and [is] such a big reason why we're going to have great opportunities and great success going forward, so it's great to see him lead the way he does ... that we're going to find a way to break that door down and get to where we want to get to.
Get the Latest & Recommended articles in your Inbox

Subscribe!
"It's obviously been disappointing, but you know how challenging it is, this level, this league, year in and year out and many teams before us have faced their own adversity, their own challenges, their own doubts, whether that's externally or internally, and that's what makes competing and winning the Stanley Cup so special is really not knowing truly what it takes to get there until you get there, and trying to understand that part of it. So it's fantastic just to have his presence and his belief in the group."
Copyrights © 2023 Inspiration Unlimited eMagazine

This Page Has Inspired
1051
People So Far..
Any facts, figures or references stated here are made by the author & don't reflect the endorsement of iU at all times unless otherwise drafted by official staff at iU. This article was first published here on 31st August 2021.