How to Organize a Great Anniversary Celebration

Anniversary celebrations are destined to be more spectacular after periods of legal restrictions on the number of people that can attend a wedding, civil partnership, reception, or other celebration. This caused many couples to have much smaller wedding ceremonies than they had originally planned, with some having to trim their guest list from 180 people to four, with a registrar reading the vows from behind a plastic screen. Yet, a much smaller ceremony created a new intimacy between the attendees, with family and friends watching the wedding live-streamed. Many also planned to organize a bigger celebration for their first anniversary.

Anniversaries are often a time to celebrate relationships and to show appreciation and gratitude to those who make our lives good, strong, and stable. This is shown through the exchange of traditional and modern gifts like these between spouses and from friends and family to the couple. With many missing out on celebrations in the last year or so, we look at how to organize a great anniversary celebration to mark another year together.

First-year anniversaries are usually a low-key event in which the couple simply spend the day together to re-watch their wedding video and reminisce about the past year. This includes looking back on the challenges overcome and the plans for the year ahead. However, with couples who had a wedding ceremony with no traditional reception on the day, the first anniversary is being penciled in as the chance to have a reception, even if the guest list remains limited.

Etsy has reported an increase in searches for “anniversary cake toppers” and “paper arrangements/décor” which links to the material that traditionally represents the first-anniversary gift with parents wanting to be involved to give a toast to the couple and complete some other wedding traditions that are dear to them. 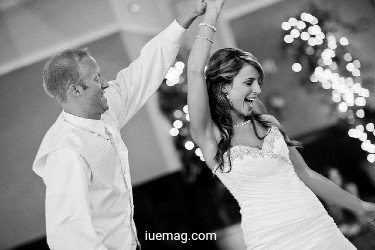 Many people look forward to meeting up with others, particularly close family and friends, to celebrate an occasion. Milestone anniversaries, such as those celebrating their silver anniversary after 25 years or a gold anniversary for 50 years of marriage, are often occasions when the couple wants to bring together family and friends who have supported them throughout their lives together.

An anniversary celebration can be as grand as a wedding reception or a small gathering at a local hotel or large family home. Couples can choose not to follow tradition and instead choose a theme or activity for the event. Once the broad details are confirmed, agree on your budget and be clear about who will be contributing towards this.

You can include family and friends if you have a big event, you will need their help to make the event great. There may be specific talents and skills they can bring to the day or it may simply be that they can help with transport, clear up, etc.
Get the Latest & Recommended articles in your Inbox

Subscribe!
Invite people you love and want to celebrate. Always send official invitations to an anniversary celebration. These should reflect the style of your celebration and include all of the event details including details about gifts. As a couple, decide if you want to share registry details for gifts or not. You can suggest donations to your favorite charities to mark the day.
Finally, On the day, really enjoy the moments of togetherness with your partner and loved ones. Savor each moment.
Copyrights © 2022 Inspiration Unlimited eMagazine

This Page Has Inspired
1050
People So Far..
Any facts, figures or references stated here are made by the author & don't reflect the endorsement of iU at all times unless otherwise drafted by official staff at iU. This article was first published here on 11th August 2021.