From Myspace to the World Music Scene: The Rise of Lil Durk 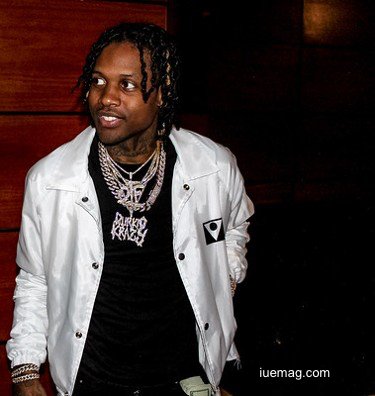 Being a musician or singer is not an easy thing to do. Many known stars had hard times finding a label or producer to give them a chance to show what they know. We all know at least one talented person who is afraid to embrace a music career just because they were denied in the past.

Hard life and struggles inspired many exceptional rap artists to tell their stories and raise awareness. The rap scene is everything pop music is not. It can be dark and sometimes full of anger, but it still has space for every talented person to make a career. That's pretty different than pop, with a few self-proclaimed kings and queens who are ready to eat the young stars alive if they are more talented.

Lil Durk was aware of all these things when he got the idea to record some music. He started in his room, and now he is one of the most recognizable stars selling Lil Durk concert tickets for his upcoming events.

We are all aware of his talents, but the beginnings for Lil Durk were pretty harsh. His father was sentenced to life in prison while Durk was just a baby. While growing up, he provided support to the family. Later in 2011, he decided he wanted to be a music star. Lil Durk doesn't have a formal musical education. He practically dropped school to become a gang member but later decided to be a rapper.

So, he took a few years to learn and train himself until he released his first records on My Space.

Also, he discovered YouTube after Myspace lost popularity. These channels helped him get recognized, especially after he became a father at the age of 17.

He knew he needed to do something to earn money. Lil Durk planned to sign with French Montana and Chief Keef. Soon after that, he released two singles and a mixtape.

Finally, things started to get better for him, and he became a worldwide recognized rapper. Even though he had some law troubles, Lil Durk was sure he wanted to take his part in the music scene.

The Most Popular Lil Durk Songs

Lil Durk released many songs during his career. His most recognizable ones are "What Happened to Virgil," "Hats Off," "All Love," "Laugh Now Cry Later," "Three Headed Goat," and many others.

But it's worth listening to all his albums and songs to understand his style better. 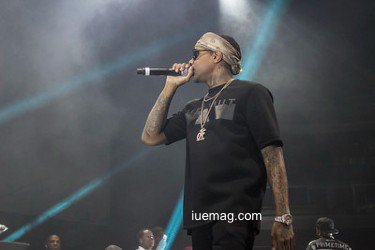 As we said, he grew up without a father figure by his side. Even though his father served two life sentences, he was released and joined the family at some point.

Lil Durk suffered many losses in his life due to gang activity. His friend Uchenna Agina was shot dead in 2015. In 2020, a close friend and rapper, King Von, was murdered. In 2021, his brother, known as DThang, was killed in Chicago. Only a month later, some people invaded his home, but he and his girlfriend exchanged gunfire with the invaders.

Later in his life, he accepted Islam as his main religion, and now Lil Durk is Muslim. He often prays and wears kufi and thobe, recognizable clothing pieces for Muslims.

He was married to Nicole Covone for five years. Lil Durk welcomed his first child when he was only 17 years old. The baby was named Angelo. The couple's second child was the daughter Bella. A few months after she was born, the couple broke up, ending in divorce.

Lil Durk has three more kids with unknown partners: Zayden, Du'mier, and Skyler. In 2018, he welcomed the daughter Willow with the influencer India Royale. The couple got engaged after the girl was born. That makes him a father of six children.

Even though he was young, Lil Durk had a few legal troubles during his career. He was once charged with attempted murder and illegal weapon possession. He spent a significant time in jail, even though he was released with a $100,000 bond.

In 2019, he and now deceased King Von were arrested for robbery and murder.

Also, he had a few feuds with other rappers, including The Game and Tyga. The rapper Tay600 publicly bragged that he had an affair with one of the women Lil Durk had children with.

He ensured his Place on the Rap Scene

The rap scene is full of conflicts and feuds, but still, there is a place for everyone. Instead of stopping them from accomplishing their dreams, big rap names embrace the younger ones. Sometimes it means dissing them too.

We know many examples of rappers who "hate" each other, and they have public conflicts. That makes the scene even more interesting for the audience. Who knows, maybe Lil Durk and his fellow rappers are doing that on purpose, so we can focus on their dissing songs and listen to them often.

Whether true or not, Lil Durk is one of the most recognizable names in the hip-hop industry, with all of his songs, personal traits, and controversies.

Image Credits:
Image 1: Image by Francis Dadson on Flickr
Get the Latest & Recommended articles in your Inbox

disclaimer: this Inspiring story has been received from sources in connection with iU & not drafted by iU. Any facts or claims need to be verified independently.
Copyrights © 2023 Inspiration Unlimited eMagazine

This Page Has Inspired
1012
People So Far..
Any facts, figures or references stated here are made by the author & don't reflect the endorsement of iU at all times unless otherwise drafted by official staff at iU. This article was first published here on 28th August 2022.