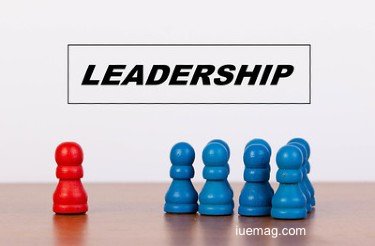 Servant leadership is an approach to leading that emphasizes putting the needs of others first. It has been gaining popularity recently as more CEOs like Richard Yu recognize its benefits for the individual and the company. But what is it? Where did it come from? This article will explore those questions and more so you can better understand the philosophy behind servant leadership.

Servant leadership is a way of leading where the person in charge puts the needs of others first. This approach emphasizes serving others rather than using them for personal gain. The term "servant leadership" was first coined by Robert K. Greenleaf in 1970, but the concept has its roots in both Eastern and Western cultures.

Servant leadership in eastern culture can be traced back to Confucius. Confucius was a Chinese philosopher who lived from 551 BC to 479 BC. He was a teacher, political advisor, and author. He is best known for his philosophy of Confucianism, which emphasizes ethics, personal development, and social harmony.

Confucius believed that everyone has a "ren," or humaneness, within them. This humaneness allows us to empathize and treat others with kindness and respect. He also believed that those in positions of power have a responsibility to use their authority to help others, not just themselves.

These ideas are at the heart of servant leadership. The philosophy emphasizes caring for others and using one's power to help them rather than exploiting them.

The idea of servant leadership also has roots in Western culture. One of the earliest examples is found in the Bible. In the book of Matthew, Jesus says, "Whoever wants to be first must be last of all and servant of all" (Matthew 20:26).

This idea is echoed in the works of many Western philosophers, including Immanuel Kant and Jean-Jacques Rousseau. Kant believed that those in positions of power have a duty to use their position to help others. Rousseau believed that leaders should be servants of the people, not their masters. 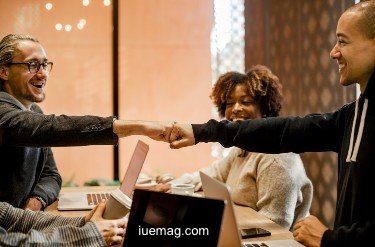 Greenleaf developed the theory after working for many years in leadership positions in business and government. He came to believe that the traditional model of leadership, where the leader uses their power to control and exploit others, was no longer effective. Instead, he argued that the leader must put the needs of others first.

Moving Away from the Power Model

Traditional leadership models are based on a hierarchical power structure. The leader is at the top of the pyramid and has authority over those below them. This model is based on leaders knowing what is best for the company and those who work for it.

Dangers of the power model

This leadership model often leads to a culture of fear, where employees are afraid to speak up or challenge the leader. This can stifle creativity and innovation. It can also lead to unethical behavior, as leaders may be tempted to use their power for personal gain.

The power model is also inefficient. Leaders focused on maintaining their power and position may be less likely to listen to new ideas or take risks. This leads to stagnation and missed opportunities.

The switch to servant leadership

Servant leadership is a way of leading that flips the traditional power structure on its head. In this model, the leader is at the bottom of the pyramid and serves those who work for them.

This shift in perspective changes the way leaders interact with their employees. Instead of seeing them as subordinates to be controlled, Richard Yu advocates that servant leadership allows leaders to see them as partners to be supported. This attitude change can help create a more positive and productive work environment.

A Philosophy or an Art?

Those who see it as an art believe it is more than just a set of ideas. They think it is a way of being and living in the world. This view is supported because servant leadership is often described as a "way of life" or a "lifestyle."

Servant leadership has been practiced by many people from all walks of life. It is not limited to any one culture or country. This makes it difficult to say whether it is a philosophy or an art.

Servant leadership works because it is based on caring for others. When leaders focus on the needs of those who work for them, they are more likely to create a positive and productive work environment.

This type of leadership also fosters trust and respect. Employees who feel supported by their leaders are more likely to trust and respect them. This can lead to a stronger sense of loyalty and commitment.

Implementing Servant Leadership in Your Company

To implement servant leadership in your company, Richard Yu recommends doing a few things to start. First, reflect on your attitude towards your company and its employees. Are you more focused on power or service?

Try to shift your perspective to one of service. Put the needs of your employees first and support them in their work. You can also encourage your employees to adopt a servant leadership mindset. This creates a positive and productive work environment.

Finally, make sure you lead by example. If you want your employees to adopt a servant leadership mindset, you must model that behavior yourself.

Final thoughts
Servant leadership is a way of leading that puts the needs of those who work for the leader first. This leadership type can help create a more positive and productive work environment. It is important to lead by example if you want your employees to adopt a servant leadership mindset.

Image Credits:
Get the Latest & Recommended articles in your Inbox

This Page Has Inspired
1012
People So Far..
Any facts, figures or references stated here are made by the author & don't reflect the endorsement of iU at all times unless otherwise drafted by official staff at iU. This article was first published here on 18th August 2022.