Can You Detect Psychopathy in Children?

This post was developed via a partnership with BetterHelp. Together we're committed to your better health. Read On!
This Page Has Inspired
1016
People So Far.. 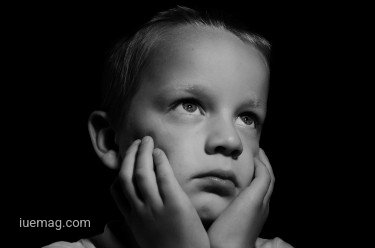 When it comes to making sure your children are safe and healthy, their mental well-being is also a top priority. There are a number of mental health conditions that will be influenced by a child’s upbringing, environment, and trauma response. However, there are also a few that you can see signs of at an early age, such as ADHD. Parents are generally on the lookout for signs that their child may be developing differently than others and that includes their mentality.

One mental health condition that you may be concerned about as a parent is psychopathy and your child’s ability to connect socially. While there aren’t any significantly obvious signs that your child may develop a mental health illness with psychopathic traits, you may still be able to see early signs of these conditions. But it’s important to note that an early diagnosis is not recommended, especially due to the stigma that still surrounds psychopathy and, as a result, psychopaths.

According to the online mental health resource BetterHelp, psychopathy translates to "mental suffering" and refers to a number of personality disorders, as it's not necessarily one condition but a spectrum. "Psychopath" is a term that refers to someone with psychopathic traits from personality disorders that make it difficult for them to relate socially. Their illness typically makes them believe "others should serve them" and generally come off as an authority in some way.

Although it’s often used interchangeably with “sociopath”, the two are technically different. Sociopath refers to an individual that lacks effective empathy skills and their condition is considered to be influenced significantly by their environment. While they most likely have a personality disorder, it’s not necessarily the same as someone with psychopathic tendencies.

Why You Should Avoid A Childhood Diagnosis

As a parent, you may be worried about certain behaviors and habits that your child has. For many cases, though, it’s not recommended to have a childhood diagnosis if there aren’t consistent and obvious signs. The National Institute of Mental Health (NIMH) explains that unless your child’s behavior is unsafe to themselves or others, consider waiting for a few weeks of consistent behavior before seeking assistance.

Waiting to learn more about your child's behavior is important for a number of reasons. Potentially the most important being that a childhood diagnosis of something as significant as psychopathy could potentially influence their development further. Not only could it influence how you and other adults perceive them, but it could also impact how they view themselves. While this depends on their age and how much they may understand, having a diagnosis of anything from ADHD to psychopathy can change how they behave and learn.

It’s also important to consider the fact that psychopathic tendencies can reveal themselves differently as a child grows older. For example, one of the suggested behaviors from the PsychopathyIs organization is that a toddler may not look at others' faces or eyes as much as other children do. If your child is exceptionally shy, they may avoid looking at others and keep to adults and children they're familiar with. This symptom could be a result of a significant number of other possibilities. Therefore, it's crucial to monitor your child's behavior as they continue to grow rather than jumping to a concerning conclusion early on.

Finally, another key reason to avoid a childhood diagnosis of psychopathy is because of the negative stereotype surrounding the condition and psychopaths themselves. Psychopaths are generally regarded as cold, uncaring, and manipulative, either as cunningly underhanded or outright aggressive. These stigmas are perpetuated by representation as evil characters in movies, TV shows, and other stories.

It’s important to remember that even a child with psychopathy is still a child, just as a person that has psychopathic tendencies is still a normal person. With the help of mental health professionals and treatment plans, they can learn the necessary skills and behavioral habits necessary to live a normal life with their peers.
Get the Latest & Recommended articles in your Inbox

Subscribe!
Just as every child is different, every diagnosis is different. There are societal influences, traumatic events, and environmental impacts that will all shape them as they grow and learn. Helping your child develop and encouraging their happiness are some of the important tasks of being a parent. When it comes to their mental well-being, the focus will generally be on ensuring that they are safe and cared for.
Copyrights © 2023 Inspiration Unlimited eMagazine

This Page Has Inspired
1016
People So Far..
Any facts, figures or references stated here are made by the author & don't reflect the endorsement of iU at all times unless otherwise drafted by official staff at iU. This article was first published here on 21st August 2022.