This Page Has Inspired
1225
People So Far..
The stethoscope is one of the great inventions in the medical industry. It plays a vital role in diagnosing various aspects of health. It is used for auscultation which means with the help of this device the internal body sounds can be heard. With the help of this equipment, abnormal heart sounds, popping and gurgling noises of the stomach, baby’s heartbeat during pregnancy and other types of body sound can be heard. The traditional acoustic stethoscope is the widely used stethoscope. Littman stethoscope is the Best Stethoscope which is used by medical professionals. With the changing trends in medical science, the Best Stethoscope is now introduced and popularly used by experienced professionals. 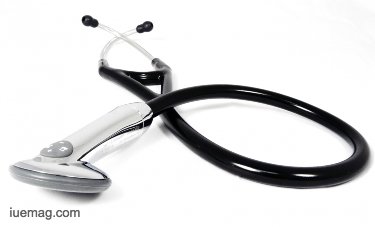 Innovation in medical technology has led to the invention of the electronic stethoscope. It is the digital stethoscope which is used for amplifying the low body sound levels. This enables healthcare practitioners like doctors, nurses and lab technicians to diagnose the condition of the patients precisely. Electronic stethoscope makes use of advanced technology to hear the low sounds of the body. The acoustic sound waves are converted into the digital signals which are more amplified to make it audible through the earpieces.

Methods used in the electronic stethoscope

In addition to this, there are some manufacturers of electronic stethoscope who use the electromagnetic diaphragm to make the capacitive sensor. This type of diaphragm has the conductive inner surface which makes it easier to respond to the body sound waves just like the conventional acoustic stethoscope. The changes in the electrical field are replaced with the changes in air pressure, and hence it gives the more amplified sound of the acoustic stethoscope.

Wireless experience of using the stethoscope

An electronic stethoscope is wireless which makes it more convenient to use. This type of stethoscope doesn’t have auditory conduit. Therefore, it enables the doctors or nurses to listen to the body sound of the patients more clearly even from a distance. This feature of electronic stethoscope makes it suitable for diagnosing the patients suffering from the infections. Another feature of this stethoscope is that you don’t need to back up it's functioning by supplying the electricity. It runs on batteries and hence it is more portable and easy to use. The powerful batteries of this stethoscope last up to a month because such stethoscope has the auto power shut off feature which makes it easier to save energy.
Get the Latest & Recommended articles in your Inbox

Subscribe!
Record and replay feature of the Electronic stethoscope
Record and replay is another exciting feature of the electronic stethoscope. It is helpful in recording the data in their external or internal storage space. Hence, it is more convenient for the medical professionals to analyze the body sounds by replaying it later. The records can also be attached with the detailed medical file of the patients.
Copyrights © 2023 Inspiration Unlimited eMagazine

This Page Has Inspired
1225
People So Far..
Any facts, figures or references stated here are made by the author & don't reflect the endorsement of iU at all times unless otherwise drafted by official staff at iU. This article was first published here on 16th January 2019.