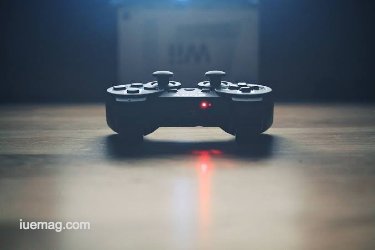 
This is quite amazing because the video game industry went through so many hurdles in its early years, but also such incredible technological improvements over the years that kept it alive and growing. Not just traditional console games either, but the video game industry as a whole - even online casino games like those found on Casumo have immensely benefited from modern, advanced graphics and gameplay.


Most attribute this industry crash to a ridiculously over-saturated market. Everybody knows the names Atari, Nintendo, Sega, but in 1983, there were, in fact, more than 40 different game consoles for consumers to choose from.


Most of these were the equivalent of homebrew kits, and garage companies pretty much slapped them together with a few games pre-installed and sold them in toy stores. The games were also pretty terrible, like Purina Dog Food’s Chase the Chuck Wagon, as an example of how developers would try to make a video game out of anything.

What saved the video game industry? 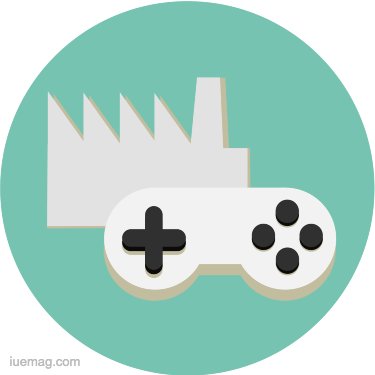 So after the crash we just described, not only were analysts predicting the complete death of gaming consoles, toy stores were extremely reluctant to stock the consoles still being produced. Japanese company Nintendo had released several successful arcade games in the 80s, and their FamiCon console in Japan in 1983.


After the market crashed, Nintendo saw it as an opportunity to rebrand the Famicon as the Nintendo Entertainment System and release it in the U.S. markets in 1985. What helped Nintendo become successful was certainly in part due to its strict quality control program. Developers couldn’t just release games for the Nintendo console as they had with previous consoles. Nintendo games required a seal of approval from Nintendo, which would be given only after Nintendo had tested and approved the game.


One other thing that significantly helped Nintendo, and this may get lost in the footnotes of history, but as we mentioned earlier many toy stores were hesitant to stock video game consoles during and after the industry crash. To get around this, Nintendo made its console peripherals more toy-like, such as the lightgun, and R.O.B (Robotic Operating Buddy), an “interactive” robot that could kind-of-sort-of act as a 2nd player, but it allowed Nintendo to market R.O.B and the Nintendo as a futuristic toy device.


By 1988, Nintendo was the most dominant game company in North America, and the video game industry crisis was pretty much over as companies like Sega and Sony got into the console market.


To keep the rest of this article brief, we’re going to highlight some key dates and releases over the years in the video game industry that helped it grow into the juggernaut it is today. But if you want more history lessons, there are some great documentaries to watch like Game Changers: Inside the Video Game Wars, and Atari: Game Over, just to name a couple.

Nintendo launched the Super Nintendo Entertainment System (SNES) in 1991, which started the console wars with Sega. Nintendo and Sega battled back and forth for several years.


By 1993, the video game industry was meeting quite a bit of controversy with increasingly violent games like Mortal Kombat and Doom, which led to the creation of the ESRB rating system in 1994. 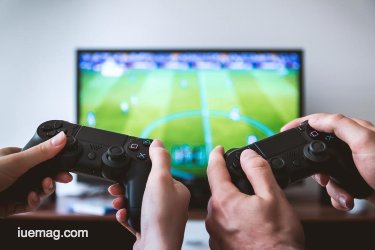 Sony entered the console wars with its first PlayStation system in 1995, and Nintendo followed up with the N64 in 1996. Sega released the doomed Sega Dreamcast console in 1999, which was the nail in the coffin for the company that already had problems successfully marketing the Sega Saturn.


1999 was also an amazing year for online MMORPGs, as we saw the release of Sony’s EverQuest for PC gamers, and several other high-profile MMOs such as Asheron’s Call, Dark Ages, and Ultima Online opened global servers in various countries.


The year 2000 also goes down as one of the best years in gaming history, as it saw the release of several high-profile titles like Diablo II, The Sims, Perfect Dark, and the launch of the Sony Playstation 2.

Through the 2000s decade, we saw the video game industry really begin to shape into the massive market it is today. Nintendo, Microsoft, and Sony were all releasing consoles one after the other.


PC gaming was also massively evolving throughout the 2000s. Valve released Steam in 2003, which continues to be the most popular digital distribution platform for PC gamers today, and World of Warcraft surpassed 10 million subscribers in 2008.


We also saw the release of Minecraft in 2010, which not only revolutionized the concept of indie game development, but went on to become the best-selling video game of all time.
Get the Latest & Recommended articles in your Inbox

The 2010s decade saw a significant rise in indie game development, especially with the launch of the crowdfunding site Kickstarter in 2012. Ironically, because indie game development became so popular and the indie game scene became saturated with titles, some predicted a 2nd game industry crash, calling it the “indiepocalypse”. It hasn’t come true, thankfully.
Aside from indie games, we also witnessed the rise of casual smartphone gaming, which has become the largest segment of the gaming industry in terms of revenue, partially due to free-to-play games and microtransactions becoming the industry standard.
There have also been incredible technological advancements with VR like the Oculus Rift becoming a reality (no pun intended), as well as the rise of eSports and live streaming platforms like Twitch
Copyrights © 2023 Inspiration Unlimited eMagazine

This Page Has Inspired
1629
People So Far..
Any facts, figures or references stated here are made by the author & don't reflect the endorsement of iU at all times unless otherwise drafted by official staff at iU. This article was first published here on 9th January 2020.