The Phoenix must Burn to Emerge

This Page Has Inspired
1151
People So Far..
‘‘Difficulties in your life do not come to destroy you, but to help you realise your hidden POWER & POTENTIAL. Let difficulties know that you too are DIFFICULT.’’

These are quotes by our former President Dr. A.P.J Abdul Kalam and they are apt for Mr. Sonu Kumar Puri(S.K. Puri) the CEO of MeraCoaching. MeraCoaching is a platform to connect students to the best coaching institute nearby. MeraCoaching is an effort to create a transparent platform where coaching and students can interact with each other and choose the best. 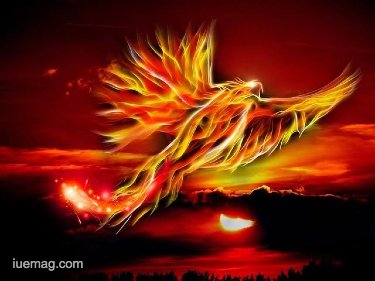 He is a Business Development Expert, Motivator & Blogger by passion. He has carved a niche for himself in society by being associated with more than15,000 Coaching Classes. A great achievement for a person born in a middle-class family. He is an inspiration for the youth as he braved all kinds of odds to reach this position.

This management graduate can be considered a youth icon. He was born in 1995 in Motihari (Bihar) in a middle-class family. He lost his father at the tender age of six, due to this irreparable loss the young lad had to grow up overnight. Being the male member he had to shoulder the burden of the family. It is said ‘A hungry stomach and an empty wallet teaches the best lesson of life.’ He had dreams but bereft of a father and finances his wings were clipped.

Being academically bright he did well in studies and procured a management degree from a reputed management institute of Patna. Just before the completion of his management course, he managed to get a job with Lakshya-Discover Your Career in 2014. He worked here for a period of two years but wasn’t satisfied as he wanted to have his own startup instead of being employed under someone. He resigned and decided to start his own venture.

He decided to hone his business skills and worked as a freelancer in Digital Marketing. Freelance work was done mainly to procure finances to start his own venture.
Get the Latest & Recommended articles in your Inbox

But paucity of funds and family responsibilities sucked him into a vortex of depression. He was engulfed in darkness and was unable to find the light to give wings to his dreams. But somewhere he was made of stronger stuff compared to the youth of today who resort to alcohol, drugs or suicide if they go into depression.

It is said ‘Our greatest weakness lies in giving up. The most certain way to succeed is always to try just one more time.’ That is what S.K. Puri did. Deep down he knew he couldn’t do much in a 9 to 5 job so in Robert Frost’s lines he opted for the road less travelled. Taking the less travelled road made the difference in his otherwise snail-paced life.

As Steve Jobs has said ‘Have the courage to follow your heart and intuition’ this young man just did that. He followed his heart and laid the foundation of a site ImBlogger.in in July 2016, an open platform for writers to share their ideas, to get an audience and earn from their articles. As he had faced hardships in his growing years he didn’t want youngsters to face such hardships so he came out with the idea of getting monetary rewards from one’s writings.

People tried to persuade him to join a job instead of wasting time on developing such sites. As Steve Jobs has said ‘Don’t let the noise of other’s opinions drown out your own inner voice.’ He followed his inner voice and worked on this site. ImBlogger collaborated with several MNC companies like ZEE5, MYNTRA, MOCHI, PLANET FASHION, ICICI to name a few which provides them with a writing service.

A year after the establishment of ImBlogger his indomitable spirit yearned to do something more in the field of education. A short stint of 3 months work in Mumbai led to the establishment of a new project MeraCoaching in November 2017. His mentor Tajdaar Aman was instrumental in the establishing of this project. He encouraged the young man to associate himself with the education field. He had seen S.K. Puri’s enthusiasm to guide students who were on crossroads while making a suitable career choice.

MeraCoaching is a platform to connect students to the best coaching institute nearby. The lack of information about the coaching institute and mechanism to compare their offerings create a problem of choice for students. MeraCoaching is an effort to create a transparent platform where coaching and students can interact with each other and choose the best. The platform gives the latest education news, helps to educate students about various entrance exams, the tips and tricks to attempt the various exams with élan and the latest job alerts.

The three H qualities in him have helped him come this far i.e. Honesty, Humility & Hard work.

He has more plans up his sleeve to help students as much as he can. At a young age this young man has achieved a lot as in the words of Dr. Kalam ‘Confidence and Hard work is the best medicine to kill the disease called failure. It will make you a successful person.’ So S.K. Puri took things in his stride and is flying high.
Copyrights © 2023 Inspiration Unlimited eMagazine

This Page Has Inspired
1151
People So Far..
Any facts, figures or references stated here are made by the author & don't reflect the endorsement of iU at all times unless otherwise drafted by official staff at iU. This article was first published here on 10th January 2020.
Dr. Preeti Talwar
Dr. Preeti Talwar is a contributing writer at Inspiration Unlimited eMagazine.
Unverified