Is Now the Time to Invest in Emerging Markets? 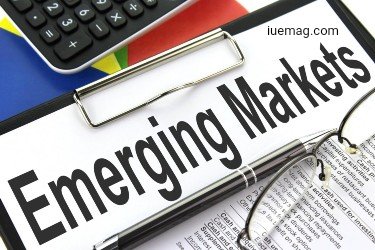 Is now a good time to take a closer look at investment opportunities in emerging markets? Sometimes, a weak global economy represents an excellent chance for traders and investors who want to explore the potential of emerging markets stocks and other securities. What's the best way to get started? First, get to know the essentials of emerging markets dynamics, and learn about the main differences between emerging and domestic markets.

After that, examine how currency movements play a key role in these non-domestic arenas. Other central ideas that are essential for traders to know about include risk levels, growth potential, the effect of exchange rates, and the potential challenge of less than perfect transparency in the emerging markets space. Beginning with a review of how domestic and emerging markets differ, here are more details about the topic.

For people who reside in developed nations, their domestic securities market is the domestic market for them. However, there's no accepted, precise definition of what an emerging nation is, but the concept focuses on national economies that are in between being developed and undeveloped. You'll often see the acronym BRICS, which is shorthand for five emerging markets, namely Brazil, Russia, India, China, and South Africa. Generally, there are pros and cons of putting your money in securities based in these nations. Recently, large numbers of U.S., UK, and European-based investors have discovered that one of many ways to diversify a portfolio is to include at least one BRICS fund.

Anyone interested in learning forex (foreign exchange) principles should keep a close eye on the emerging markets currencies. There are five main ones, each connected to one of the members of the BRICS group. For example, the Brazilian real, or BRL, has not done well against the dollar in the past five years, though recent volatility has made it more of a challenge to trade the USD/BRL pair. Even so, forex enthusiasts who specialize in the Brazilian economy prefer to watch the pair closely. 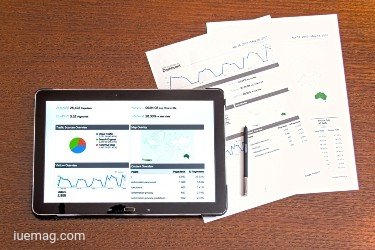 Russia's ruble in the USD/RUB pair is an interesting currency to observe. Those who follow the pair sometimes focus on the health of Russia's natural gas, coal, and oil sectors, which are closely tied to the strength of the ruble. When Russia's oil and coal markets are booming, for example, it usually follows that the ruble will be very strong during the same period.

India's rupee is a bit of a special case because it's considered a semi-floated currency, which means the government intervenes to keep its relationship to the dollar stable even though the market determines the actual, day-to-day rate. One reason the USD/INR is so popular is the speed at which India's economy is growing. For the 20 years from 2007 until 2017, the annual average rate of growth was an astounding 7 percent.

China's renminbi, or CNH, is a curious case because the nation's communist government exercises complete control over its value. This makes it hard for investors to understand what's happening with the exchange rate at any given time. Even amid direct government currency control, many people trade USD/CNH because China has undergone rapid growth.

Related to the point above, one reason behind the interest in emerging markets-related forex pairs, stocks, and other assets is that there is a lot of room for growth. Because the BRICS countries haven't yet achieved developed status, there is plenty of opportunity for investors who bank on their futures. The UK and the U.S., for example, might have strong domestic economies but they do not present vast room for financial growth as the BRICS nations do.

Risk is a two-edged sword for traders who focus on emerging markets-based stocks and other securities. That's because you can reduce the overall risk factor of a portfolio by diversifying, or including emerging markets assets. At the same time, those assets come with inherent risks, like political instability and the threat of rapid changes in exchange rates between their currencies and those of the developed world.
Get the Latest & Recommended articles in your Inbox

Subscribe!
Transparency
It's imperative for traders to examine the financial statements of companies and funds they're interested in. Unfortunately, some developing nations don't have strict reporting laws in place. The transparency factor can represent a significant downside for people who want to research BRICS-related funds and companies.
Copyrights © 2023 Inspiration Unlimited eMagazine

This Page Has Inspired
1041
People So Far..
Any facts, figures or references stated here are made by the author & don't reflect the endorsement of iU at all times unless otherwise drafted by official staff at iU. This article was first published here on 5th January 2022.