This Page Has Inspired
421
People So Far.. 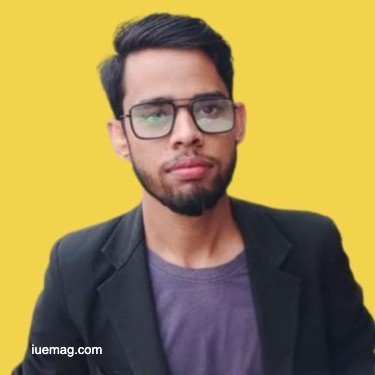 Who hasn't heard about the fact that the 44th FIDE Chess Olympiad took place at the Nehru Indoor Stadium in Chennai on July 28, 2022. This international event was inaugurated by Prime Minister Sri Narendra Modi, in the presence of Tamil Nadu Chief Minister M.K. Stalin where over 150+ nations were welcome to play chess.
Chess Fever in India is catching up bigger than ever. With all International chess communities looking at India too for inspiring Ideas around the game of chess and building communities around chess, Twitter Chess Night aka TCN in such times is a community on Twitter that's rapidly growing with members who share their passion to play chess and learn from each other and together. Here's a quick story of these passionate young founders of this community that Inspiration Unlimited could fetch. Read ON!
1. Introduction of Founders:

Arpan Lokhande is aged 22. He is a college dropout and he started his first business at the age of 17, after passing out of 10th grade.

He started his company from scratch and made it a local success in 3 Years. He hired a total of 7 employees in that Period. Then Covid hit, and the company survived the first wave but unfortunately had to be closed down in the second wave. He is rebuilding his business again.

He is currently providing Digital Marketing and Web Design Services. He will soon be launching a One-Stop Solution for Startups and MSMEs.

Vidyansh is aged 21. He is a 3rd Year IIIT-D Student. Along with his studies, he is a software programmer working in the freelance group of the college he is studying in, and helping the team by solving errors in the projects.

He is also a freelance software programmer to support the expenses of himself and his family. He earned his first income when he was 15 by becoming a tutor. He noticed one of his students playing chess and got interested in it.

He solves real-time issues in programming-related works while playing Chess at night. That's why Chess Night

TCN is a Community where Chess enthusiasts can connect with each other, and Play!

Most Chess players want to continue playing, but they lose interest because they don’t have anybody to share their progress with, analyze the games, and discuss the blunders that have been made and the path to improvement. TCN is all about Learning and Growing together. 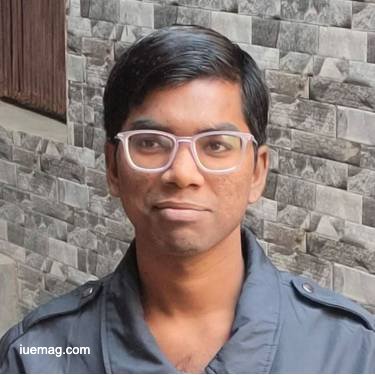 3. How did TCN idea originate?

We met each other on Twitter and quickly found out about a shared passion- Chess. We both wanted to play Chess with someone so that we could improve. We interacted with each other and then played a couple of games together. It is then we got the idea to build a community where players like us can interact, play, and grow together. That's how and why ‘Twitter Chess Night’ [TCN] was formed. (You could join it by just clicking the link in the previous line).

4. How & Why did you choose the name ‘Twitter Chess Night’?

Generally, young people go to Clubs to have a party. We wanted to build something for young guns like us where they can improve, and form good habits. Usually, we play at ‘Night’ because we all have a busy schedules in the daytime. So, we finalized it as 'Chess Night'.

Additionally, the community is on Twitter; hence the name ‘Twitter Chess Night’ [TCN] for our community and club.

We were pondering over a tagline, that’s when a beautiful tagline was shared by Mr. Sujit Lalwani. The tagline is “A club where all the pieces dance, and all the dancers play!” We loved it!

5. What inspired you to take immediate action? What action did you take?

We have always believed in doing things rather than just thinking about them. After we finalized an idea of creating a community, I posted a Tweet mentioning that we had in our mind to bring together players like us so they could also play and learn together; we were blown by the kind of response the tweet received. 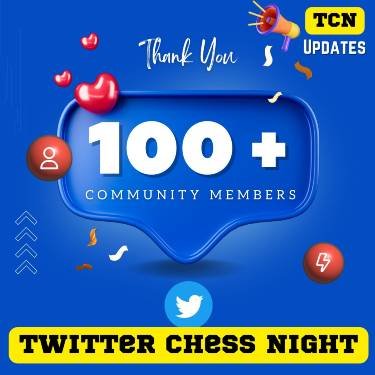 6. What is progress thus far?

Around 130+ people tuned into our Space.

7. Now that TCN has started and is growing, how is your feeling? What is your vision behind it?

Whenever we check the community, people are usually playing games with one another, players are also asking questions and mentioning their strategies. That is what we envisioned doing, and it is already happening.

We want to build TCN to become the largest community for Chess players.

This Page Has Inspired
421
People So Far..
Any facts, figures or references stated here are made by the author & don't reflect the endorsement of iU at all times unless otherwise drafted by official staff at iU. This article was first published here on 9th January 2023.