The Most Popular Sports to Bet On

This Page Has Inspired
326
People So Far.. 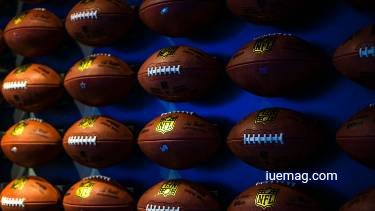 Sports betting has been around for centuries, but with the advancements in technology, the accessibility, and variety of wagers have grown exponentially. Along with that growth comes an increased interest in sports betting, particularly in certain regions of the world. When it comes to finding the most popular sport to bet on, the answer depends largely on geographic location.

In the US and Canada, football is the most heavily bet sport. On average, NFL games generate 90% of all sports betting in North America, with the remaining 10% from games involving the CFL, NCAA, NAIA, and other lower-division teams.
The two most popular betting markets for football are the point spread, which involves picking a team to win or lose by a certain number of points, and the Over/Under market in which a bettor predicts whether the combined score for both teams will be over or under a predetermined number.

Another popular thing to bet on is futures (or outrights if you’re based in Europe). A future bet is when you aren’t necessarily betting on a specific game, but instead, you’re betting on a specific team to win a specific league. For example, the 2022/23 NFL season has reached its business end, and the playoffs are now underway.

The Kansas City Chiefs have been made the favorites to lift the Lombardi Trophy this season by OddsChecker, which compares NFL odds and offers. Should you wish to place a future bet, then you could bet on the Chiefs, or any of the other playoff protagonists, to win at Super Bowl LVII.

In Europe, the most heavily bet on sport isn't football, but rather soccer. The European market is majorly driven by the Champions League and European leagues, as well as by national teams in the World Cup and European Championships. The most popular betting markets in Europe include predicting which team will win, the outcome of a draw, and totals betting in which the bettor predicts the total number of goals in the match.

Heading to the UK, soccer is easily the most popular sport to wager on. According to GamblingCompliance.co.uk, soccer accounted for 41% of the total betting handle in 2017, making it nearly twice as popular as any other sport in the U.K. when it comes to betting. Not surprisingly, the most money was spent on the English Premier League, which has the highest-profile soccer league in the U.K. Other soccer leagues that generated significant amounts of betting included the Championship, Bundesliga in Germany, La Liga in Spain, and Serie A in Italy.

When it comes to markets, the most popular betting type for soccer in the U.K. is betting on the outcome of a match. Other popular markets for soccer betting include accumulators, which allow bettors to pick a combination of teams to win, as well as handicap lines, which give one team a virtual points advantage in a match.

Horse racing is the second most popular sport to bet on in England, at 26% of the total betting handle in 2017. Popular betting markets for horse racing include win bets, which are relatively straightforward wagers on the winner of a race; each-way bets, which offer bettors their stake back if their horse finishes in the top three, and accumulators, which allow bettors to pick multiple horses to win across multiple races.

Another key region of the world is Asia, and the most popular sport to bet on there is basketball. Basketball remains the preeminent sport in many Asian countries, with the NBA driving most of the betting. The most popular betting markets for basketball in Asia are game spread and totals betting, as well as head-to-head matchup betting in which bettors predict a winner between two opposing teams.
Popular Asian sports bets include futures bets on a team’s season performance and individual players’ season performance. As the bets, markets, and geographic contests for sports betting continue to diversify, so too does the popularity of various sports.
While football is still the most popular in North America, soccer is king in Europe, and basketball holds strong sway in Asia. No matter which region of the world you look at, sports betting is alive and well.
Get the Latest & Recommended articles in your Inbox

This Page Has Inspired
326
People So Far..
Any facts, figures or references stated here are made by the author & don't reflect the endorsement of iU at all times unless otherwise drafted by official staff at iU. This article was first published here on 17th January 2023.