This Page Has Inspired
1374
People So Far..
1) What's at stake? When everything goes well it makes for a dull read. Have your character want something and then make it almost impossible for him/her to get it. Or make the reader care about something and then threaten it. It doesn't have to be a life or death situation. It can be as simple as a teenage girl who finally got the nerve to ask a boy to the school dance, and then when she gets home her father tells her she can't go.

2) Or else. If the hero doesn't figure out the solution, what will happen? For example if the detective doesn't find the killer, the next victim may be his own daughter. The "or else" dynamic must happen in the first part of the book, usually the first 50 pages. Knowing the "or else" consequences will keep readers on the edge of their seats as they race through the book to find out how the hero solves the problem, which of course should be complicated and take many turns.

3) The ticking clock. A countdown creates suspense. Time is running out. Hurry up. The police must find the bomb within 24 hours 'or else' the school will be blown to bits with all the kids inside. Keeping the time frame short heightens the suspense. 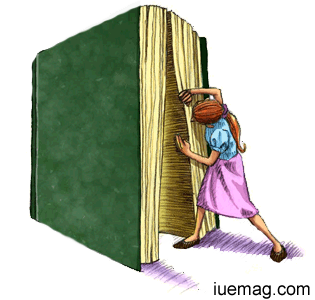 4) Make something stand in the way. If it's too easy, your reader won't care about the story. The bomb squad rushes to the school, ready to snatch the explosives and dunk them in a tank to safely detonate only to find the bomb is strapped to little girl.

5) Increase the tempo. Long drawn out paragraphs are not sus-penseful. Shorter paragraphs and terse dialogue read faster, causing the eye to move quickly, a psychological trick that raises the reader's heart rate. Pages will be turned at a fast pace resulting in breathless anticipation of what's going to happen.

6) Misdirection. Offer a thread of information but let the reader figure out if it's valuable or not. Uncertainty is the life blood of suspense. The longer you keep the reader guessing, the more invested in the story they become. Don't bury the information, making it almost impossible to figure out the plot line. Dole tidbits out in small tasty pieces that could move the story in more than one direction. These little bits of info don't have to be earth shattering. Maybe he said he'd pick her up in a blue car and shows up in a red one. Why did he do that? Whose car is that? Maybe it's nothing. Maybe he just borrowed his brother's car that day. Or maybe it's a clue to where he's been.

7) Crank up the sensory volume. You can heighten the sense of menace in everyday objects. The clatter of garbage cans in a dark alley. A burned out light bulb. A smashed glass on an otherwise pristine kitchen floor. The sound of breathing in a dark room when the heroine believes she is alone.

8) Slow the scene at the dark moment. Let's take the woman in the above paragraph who hears breathing when she thinks she's alone. If we just have her snap on the light, the suspense is lost. Let the reader in on her thoughts as she sits there frozen. Have her hands turn clammy. Have the fear render her unable to reach for the phone next to the bed. Is she holding her breath? If you write this scene correctly your readers will be holding theirs.9) Modulate the suspense. Building suspense takes time. Scene after scene of menace and fear given in a rapid-fire pace will lose your reader. Pause a bit and give everyone a chance to breathe. Reveal something that at first glance appears to be men-acing but is something ordinary. In the case of the woman in the dark room hearing breathing, let it be her large dog that was sup-posed to be in the garage but he nudged open the door and snuck in to lay by her bed. Another way to insert a pause in the suspense is to have a character crack a joke. Humor eases the tension and gives the reader a break. Then continue to ratchet up the suspense in future scenes. Don't let your reader fall completely off the hook.

10) Foreshadowing. Creating harmless suspense is a good way to foreshadow more sinister events. The next time the woman hears breathing at night, she's not as fearful -- until she turns on the light to find a masked man with a large knife hovering over her.
Copyrights © 2023 Inspiration Unlimited eMagazine

This Page Has Inspired
1374
People So Far..
Any facts, figures or references stated here are made by the author & don't reflect the endorsement of iU at all times unless otherwise drafted by official staff at iU. This article was first published here on January 2013.
Jody Lebel
Jody Lebel is a contributing writer at Inspiration Unlimited eMagazine