Sometimes decisions in life are unpredictable like this story of an entrepreneur whose life's incidences made him take decisions to become a social entrepreneur to help solve one of the largest problems the world is facing everyday. Read on!
This Page Has Inspired
1480
People So Far..
With an increasing rate of human trafficking, a global issue affecting the world, there are a lot of children who tend to lose their lives. These kids are sold by their families, who are careless about the after-effects. There are kids, who at times, survive or escape at situations, but still end up their lives because of no homes or shelter. More than just home or shelter, they do not have someone to care for them. Here is someone who has taken steps towards helping survivors of Human Trafficking. 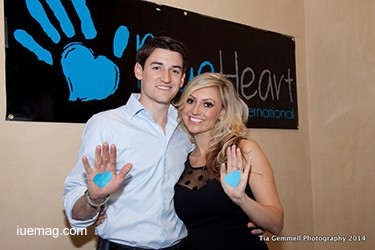 Introducing to you, Blake McCall, Co-Founder of Blue Heart International, a non-profit organisation, that is working towards the cause of helping the survivors of Human Trafficking, by providing them homes, a place to work and help them in various ways to live a life of happiness. Born in a family where both of his parents are entrepreneurs, it was obvious for Blake to think entrepreneurial. At the age when youngsters would continue to complete their degrees, Blake began to work in the domain of sales. He has had nine years of sales and marketing experience in the business machines, software, and telecommunications industries. He has worked with top brands including the Seattle Mariners, Pizza Hut, Papa Johns Pizza, Granite Construction, Volunteers of America, and more.

His knowledge in the field of technology gave him the tools to start a sales consulting firm offering telecommunications, internet, and phone systems to our clients. As he continues to live this entrepreneurial journey, he was also involved in contributing to social issues by raising funds for charities and non-profit organisations. With an immense experience in working on  such causes, and having seen the problem of human trafficking evolve, he, along with his wife, Missy McCall, started the organisation, Blue Heart International in 2014. “The definition of Blue Heart is, someone who has gone through a lot of pain and tragedy in life. We named it the same since we wanted to help the blue hearts turn red hearts.” he says.

As the awareness about the vision was raised, passionate people who wanted to work for the same cause, joined hands to make this a revolution. The first event, Snowflake Ball 2015, was conducted to raise funds for the same. It was a live auction, from which the money was raised, to provide homes for the affected children, to create a sustainable income and to continue to create more awareness. On successfully raising 150,000 dollars through the first event organized, the team was enthralled by the response and began to work harder for the same. 2 Homes for the children have been built in the Northern California, for these children, on partnering with the organisation, City of Refuge, which has continued to support the cause.

“There were these 6 girls we met at the beginning, who were involved in brothels and many other attacks. Our hearts broke when we saw them. They had gone through worst situations of life. After continuous counseling and making them believe, that there is someone who cared for them, today, some of them are graduating from colleges and some are also starting their businesses. How would it be if every child survived, received this kind of a support? This pushes us to work harder every day to raise more funds, to create more awareness and to help more kids.” states Blake.

With the vision pushing them to do more, the team has come up with a new campaign, called Break the Barcode, a campaign to empower women from across the globe and to help let them know what best they can be. The preparation for Snowflake Ball 2016, continues, along with evolving innovative ideas, with a target to raise 200,000 dollar funds this year that could help build more homes and expand the geography of Blue Heart. 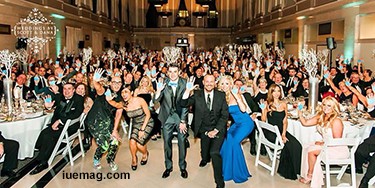 “Initially, people were skeptical about a young couple like us working towards the cause, but we never stopped, but just continued to do what we believed. The vision was much more bigger than what people just thought. On seeing our actions, people believed and began to support. Many a times, an FBI Agent or a police officer, on rescuing a kid, calls us asking if we could help them. There are people who call us at times sharing about the same. We wish to help more such kids and make them believe that there is someone who will hold their hands and care for them. Not one person or organisation can do everything but everybody can do something about such an issue. We need to collaborate with a lot more people to reach out to more such kids” are his heartfelt words.
Get the Latest & Recommended articles in your Inbox

Subscribe!
The team next targets to spread its wings in India, where the occurrence of the issue is high. They shall just not stop until they reach every part of the world to help the children from such attacks. Collaborations and contributions are much needed to solve this global issue of Human trafficking. The smallest contribution of yours could change someone’s life in any part of the world. You could connect with the team at blueheartinternational.org to support or to work towards the cause. The mission seems hard to accomplish, but the belief and the passion to do, keeps them moving. The accomplishment is possible only when more hearts realize the reality and  become the reason to help the blue hearts!
Copyrights © 2023 Inspiration Unlimited eMagazine

This Page Has Inspired
1480
People So Far..
Any facts, figures or references stated here are made by the author & don't reflect the endorsement of iU at all times unless otherwise drafted by official staff at iU. This article was first published here on 21st January 2016.
IJ Kavyashree
IJ Kavyashree is a contributing writer at Inspiration Unlimited eMagazine.