January 11: 5 POWER Lessons From 5 Leaders Who Made History On This DAY!

Life never waits for anyone; you never get to live the same moment twice. It obviously is important to do your best every single moment in life, which certainly needs motivation every now and then. Use the 5 POWER Lessons below and help yourself stay motivated to be able to move ahead and become the best of what you can be!
This Page Has Inspired
1042
People So Far.. 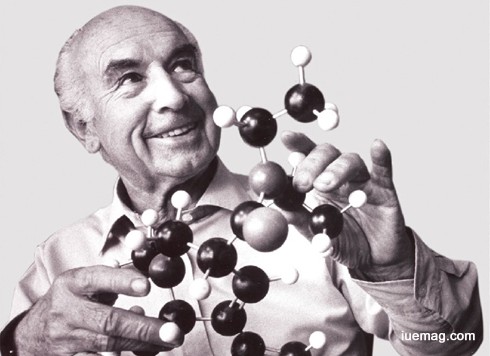 Albert Hofmann was a Swiss scientist who was intrigued by nature. This led him to a career in chemistry in which he sought answers to his uncertainties. He worked at Sandoz Laboratories where he nurtured his research work, and there he made a lot of success working with various plants and converting them into something useful. He became famous when he became the first person to produce lysergic acid diethylamide (LSD). In addition, he was also the first person to taste it and learn about its hallucinogenic effects.

At 23, he earned his PhD with honors and then, took a job with Sandoz Laboratories; he was attracted by their program to produce pharmacological compounds from medicinally important plants. He first synthesized LSD on November 16, 1938 with an aim to obtain a respiratory and circulatory stimulant. The research was set aside for five years. He stumbled on LSD again when he was working on the ergot fungus on April 16 1943. He accidentally ate a trace of the compound and came to know about its powerful effects. Later, he deliberately swallowed a dose of LSD and rode his bicycle home as the effects of the drug engulfed him. That day was remembered by LSD enthusiasts as “bicycle day.”

He was deeply connected to the nature and argued that LSD, besides being useful for psychiatry, could also be used to promote awareness of mankind’s place in nature. Because of his discovery, LSD fans have fondly called him ‘The Father of LSD.’ Besides carrying out his scientific experiments, he also authored numerous books and more than 100 scientific articles. In 2007, he featured in a list of the 100 greatest living geniuses, published by ‘The Telegraph’.

2. “Only those who dare, truly live.” –Ruth Freedman 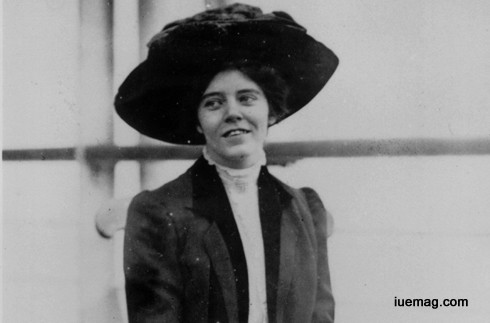 Alice Paul was an early 20th century women’s rights activist who played a key role in the women’s suffrage movement that led to the passage of the 19th Amendment to the U.S. Constitution in 1920.

Born into a Quaker family, she had a comfortable upbringing. Her parents were strong supporters of gender equality and her mother was a member of the National American Woman Suffrage Association. From a young age she believed that one should do whatever they could for the betterment of the society. She was a very well-educated woman, rare in the early 20th century America, who used her knowledge and intelligence to fight for the rights of women less fortunate than herself. While studying at the University of Pennsylvania, she became a member of the National American Women’s Suffrage Association (NAWSA). She went on to form the National Woman’s Party (NWP) with Lucy Burns to fight for women’s rights, especially women’s suffrage.

Paul went on a hunger strike in an attempt to persuade the government to bring about an amendment in the legislature allowing women to vote, but was forcibly fed raw eggs to make her relent. Several of the picketers were also mercilessly beaten up by the police. None of the government’s atrocities could make the women relent and they continued with their demands. In 1919, the 19th Amendment to the U.S. Constitution was passed by both the House of Representatives and Senate. The majority of the state legislature in Tennessee voted in favour of the amendment and it was ratified on 18th August 1920. She worked throughout her life for securing equal rights for women. In 1923 she demanded the introduction of Equal Rights Amendment in the Constitution, though it took several decades to pass the law.

3. “Being defeated is simply a temporary condition. Giving up  is what makes the defeat permanent.” 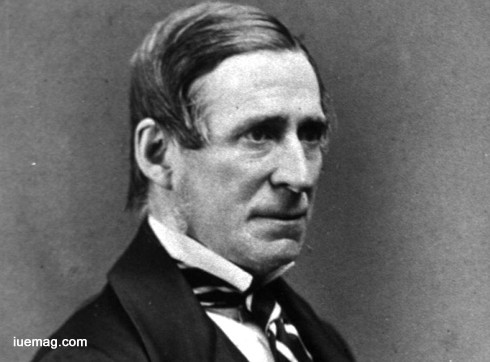 Sir James Paget was a famous British surgeon and physiologist considered as one of the founders of modern pathology. He is best remembered for describing two conditions named for him: Paget's disease of the nipple, a precancerous disorder, and Paget's disease of the bone, osteodystrophia deformans. Paget’s Abscess is also named after him, a type of pus formation in the tissue of the body.

In his teenage years, he was desperate to join the Navy but later on decided to become a surgeon. He had to wait for several years before being suitably rewarded for his hard work and significant breakthroughs in the field of medical science. He was a gifted orator with a sympathetic personality and was regarded as the finest lecturer in his field. In 1830, he decided to become a surgeon and became an apprentice of Dr. Charles Costerton, after which he entered St. Bartholomew’s Hospital, London for a two year study. He earned his reputation as a keen observer with accurate descriptions and also discovered the pathogen of Trichinosis, a parasitic disease. The period from 1836 to 1843 was a difficult one for him. Even though he topped his examinations, he had to struggle for seven years, working as a curator at the College of Surgeons Anatomy Museums.

In 1843, he was appointed as a lecturer of anatomy and physiology at the Finsbury Dispensary, where he also worked as a surgeon. In 1851, he was elected a fellow of Royal Society. He had become a famous pathologist and physiologist. But, the real turning point in his life came in 1858, when he was appointed as surgeon extraordinary to Queen Victoria and a few years later, surgeon ordinary to Prince of Wales. A brilliant surgeon, he was also a humble human being whose life and works continue to inspire the future generations.

4. “Never miss to discover yourself. Find your passion, life purpose, and take action.” 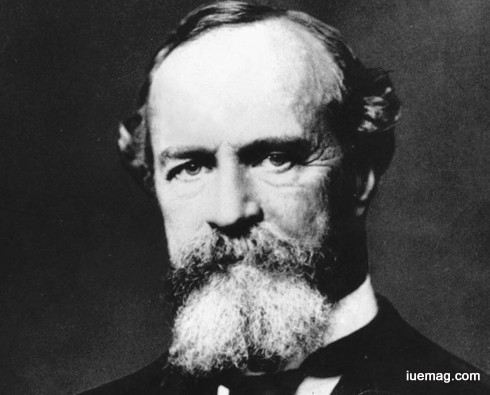 William James, popularly recognized as ‘Father of American psychology’, started off his journey as a physician and later turned out to become one of the leading and influential philosophers and psychologists of the United States. He is also cited as one of the founders of functional psychology. Alongside many theories that he proposed, he also explored the areas of religion, morality, metaphysics, human freedom and social philosophy. It was his provocative ideology along with his unique writing style that made his work more impactful. His writings touch a wide array of topics like metaphysics, religion, education, psychology and many more. His influenced great intellectuals such as Edmund Husserl, Bertrand Russell Richard Rorty and the U.S. President Jimmy Carter who could not ignore his philosophical school of thoughts

After a year of graduating, he was offered a job as an instructor which he accepted and continued to serve for 35 years. By mid 1870s he started teaching psychology. He is known to have introduced psychology as a subject and also the first one to introduce psychology laboratories in the United States. In 1872, he started with teaching physiology and continued to move to anatomy and philosophy. After his resignation from Harvard psychology lab, he drifted his focus towards philosophy. One of the strongest believers of functionalism in psychology and of pragmatism in philosophy, his writings are both quantitative as well as qualitative.

William James has quite a few masterpieces to his name. They have had major influence on people’s attitude towards the society, mind and body. He wrote intensively in the field of psychology, philosophy and religion alike. He also founded the American Society for Psychical Research. As per an empirical study by Haggbloom, (on the basis of six criteria such as citations, recognition etc), William James has been ranked as 14th on the list of most eminent psychologists of the 20th century. 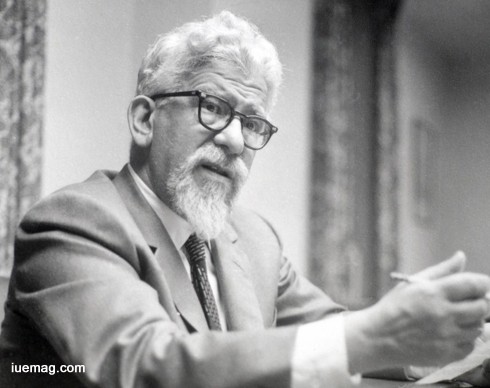 Born in a family of eminent rabbis, Abraham Joshua Heschel's path in life was pre-determined. He received a Jewish upbringing and upheld Judaism as the way of life. He took up the noble profession of teaching and in due course, developed his own views on the actual meaning of spirituality and religion. He did an extensive study of the ancient Jewish scriptures 'Talmud' and 'Torah' and belonged to the reformed Jewish cult. Drawing roots from the traditional philosophies, the reformed Judaism was a modern take on the existing principles governing the Jewish faith.

He stated his career in 1933 with a poetry group named ‘Jung Vilna’, and came up with a collection of poems called ‘Der Shem Hamefoyrosh: Mentsch’ in the traditional Jewish language. He dedicated this Yiddish compilation to his father.  In 1937, Abraham headed the ‘Judisches Lehrhaus’, an important adult education centre of Jewish learning, in Frankfurt. The institution aimed at propagating Judaism among the youth.

According to Herschel, one can encounter divinity only by serving the living. He also believed that a relation with the almighty can be established only by means of good deeds. As a part of the social cause, he actively demonstrated against the discrimination meted out to the blacks in America during the Civil War. Having suffered the wrath of wars, he strongly condemned the attack on Vietnam. He published many works on Jewish philosophy during his tenure at the ‘Jewish Theological Seminary’. The works catered to many aspects of Judaism like the ‘Kabbalah’ and ‘Halakhah’ (The Jewish Law).
Get the Latest & Recommended articles in your Inbox

This Page Has Inspired
1042
People So Far..
Any facts, figures or references stated here are made by the author & don't reflect the endorsement of iU at all times unless otherwise drafted by official staff at iU. This article was first published here on 11th January 2017.
iU eMagazine
Editorial Team of iU eMagazine