January 13: 5 POWER Lessons From 5 Leaders Who Made History On This DAY!

One of the well-known quotes by Pastor Rick Warren - "While it is wise to learn from experience, it is wiser to learn from the experience of others", certainly holds true for all times. The following lessons from some of the great pioneers of our history, from various industries, are sure to help you avoid mistakes in life that you might otherwise make.
This Page Has Inspired
1042
People So Far..

1. “If you do what you love, you’ll never work a day in your life.” –Marc Anthony 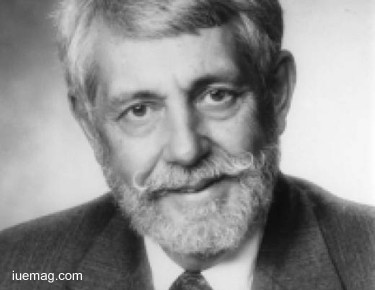 Barry Bishop was an American mountaineer and photographer who was a part of the first American team to summit Mount Everest, on May 22, 1963. He spent most of his career with the National Geographic Society and was also a renowned scientist and scholar.

Adventurous and full of energy from a young age, he joined the Colorado Mountaineering Club when he was just nine or ten years old. He quickly learned mountaineering skills from the experienced mountaineers in the club and was guiding expeditions in the Rockies and Tetons by age 12. His love of the mountains led him to study geology in college and he graduated with a Bachelor of Science in geology in 1954 and proceeded to earn a masters in geography from Northwestern University in 1957. He continued his mountaineering adventures throughout his college years and studied shear moraines on the Greenland Icecap. After a stint in the Air Force where he monitored international scientific programs in polar research, he was hired by the National Geographic Society as Picture Editor for ‘National Geographic’; he would stay with the organization until his retirement in 1994.

2. “Being different isn’t a bad thing. It just means you are brave enough to be yourself.” 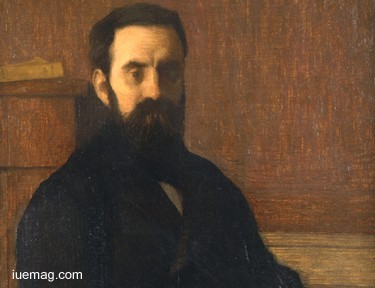 Edmond François Aman-Jean was the leading French painter, pastellist and lithographer of his time, whose pivotal pièce de résistance are his interesting portrait paintings. Apart from his portraitures, he was acclaimed for his wall paintings in public and official edifices like the Sorbonne. Like other French artists of his time, he was inspired by the innovative perceptions on Japanese art flow in Paris. Besides being a painter, he worked as a printmaker too and also designed posters.

At the time, when poets wanted to challenge the language in order to develop new awareness, Edmond was completely dependent on illustrative and pictographic traditions. He was an expert in making pictures of relaxed young women turned in profile to the left or looking into space. It was clearly visible in ‘Girl with Peacock’ (1895), in which he used broken brushstrokes and colour contrasts. His later work was completely influenced by Pierre Bonnard. Edmond was a regular exhibitioner at the Salon de la Société Nationale des Beaux-Arts and also was a jury member of the same. In 1892 and 1893, he held exhibitions at the Salons de la Rose+Croix. Later, he became a significant teacher in his own right and his students were Theodor Pallady, Nicolae Tonitza and Charles Sydney Hopkinson. In 1893, he painted his wife keeping her hair down on the sides of her face that gave rise to a new fashion trend in Paris.

Aman-Jean loved to paint women in pastels, repeatedly in pinks, reds and violets with a method of deep undulant brush strokes. His very attractive works comprises of eight panels for the Musée des Arts Décoratifs in Paris (1910) and the four Elements for the chemistry amphitheater at the Sorbonne (1912).

3. “The depth of your struggle will determine the height of your success.”

Horatio Alger, Jr. was a well-known 19th century American author known for his novels portraying young boys’ struggles and challenges. Most of his stories were like fairytales in which the poor protagonist achieved respectability and a better lifestyle through hard work, courage and honesty.

His style of writing influenced various writers and left a profound impact on American culture during the gilded age. Alger was interested in writing from a young age. He attended the Harvard University where he studied under the illustrious Henry Wadsworth Longfellow. There, he developed his own style of writing stories, essay and poetry and won numerous awards. His professional career as a writer began in 1849 when two of his essays and a poem were published in the Pictorial National Library. However, success in literary pursuits evaded him for a long time after graduating from college as many of his initial works were rejected by publishers. He found his first big success with his novel ‘Ragged Dick’, which was about a poor boy’s rise to middle class respectability. The book became a bestseller and its success motivated him to write almost entirely for boys. He wrote an entire series based on the Ragged Dick theme which was a smash hit with teenage boys. During his lifetime, he was credited to have written and published more than 100 books, and numerous poems and essays which appeared in countless periodicals.

4. “Never give up and never let insecurities run your life. Fight for what you want.” 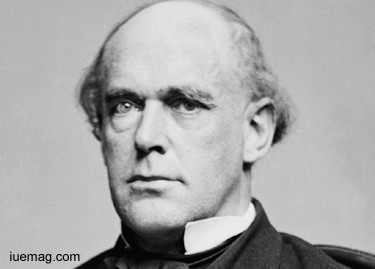 Salmon Portland Chase was an American jurist and politician. He served as the twenty-fifth Secretary of the Treasury of the United States under Abraham Lincoln. During his tenure as Secretary of Treasury he effectuated the National Banking Act. He was instrumental in setting up a national bank and also introduced paper currency for the first time thus empowering the federal government. He was the sixth Chief Justice of the United States and served as the twenty-third Governor of Ohio.

He was a strict abolitionist whose early career saw him as a lawyer who frequently defended fugitive blacks and was even tagged as “the attorney general for fugitive slaves”. Formerly a Whig, he aided in forming anti-slavery ‘Liberty Party’ and remained one of its leaders. He was involved in different reform activities including anti-slavery movements. After the Mexican War he helped in forming the ‘Free Soil Party’ and coined the slogan “Free Soil, Free Labor, Free Men” for it. He also served as a U.S. Senator from Ohio during his term he protested measures like the Kansas-Nebraska Act and the Compromise of 1850 as these could deter liberty and freedom. The manifesto ‘Appeal of the Independent Democrats’ written by him and Joshua Giddings and signed by eminent politicians of America was a classic articulation of protest against expansion of slavery.

5. “Never let your past determine your future.” 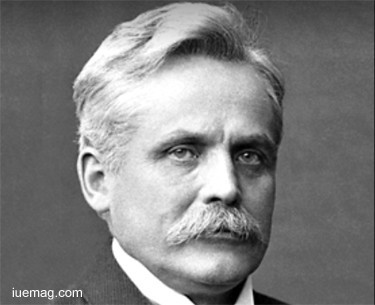 Wilhelm Wien was a German physicist who won Nobel Prize in Physics for his ground-breaking work in thermal radiation. He is best known for Wien's displacement law of blackbody radiation and the Wien's distribution law (also known as the Wien approximation).

Regardless of the fact that he received his early education at home and was expelled from his first school for poor academics, he performed pioneering work in the field of physics. After completing his doctoral degree under the guidance of the eminent physicist, Herman Helmholtz, he became his assistant and over a period of time served as a professor of physics at prestigious universities. He conducted trailblazing research in the field of thermal radiation and proposed laws defining the wavelength-temperature relation of a body. He also defined a blackbody—a body that appears black because it absorbs all radiation and radiates heat. He was instrumental in formulating an expression for the blackbody radiation which is correct in the photon-gas limit. He received the Nobel Prize in Physics for his displacement law concerning the radiation emitted by the perfectly efficient blackbody. He also made significant contributions to the study of cathode rays, X-rays and canal rays (positively charged atomic beams). His remarkable discoveries played a vital role in the development of quantum mechanics.
Get the Latest & Recommended articles in your Inbox

This Page Has Inspired
1042
People So Far..
Any facts, figures or references stated here are made by the author & don't reflect the endorsement of iU at all times unless otherwise drafted by official staff at iU. This article was first published here on 13th January 2017.
iU eMagazine
Editorial Team of iU eMagazine